Estate Sale. Must be sold 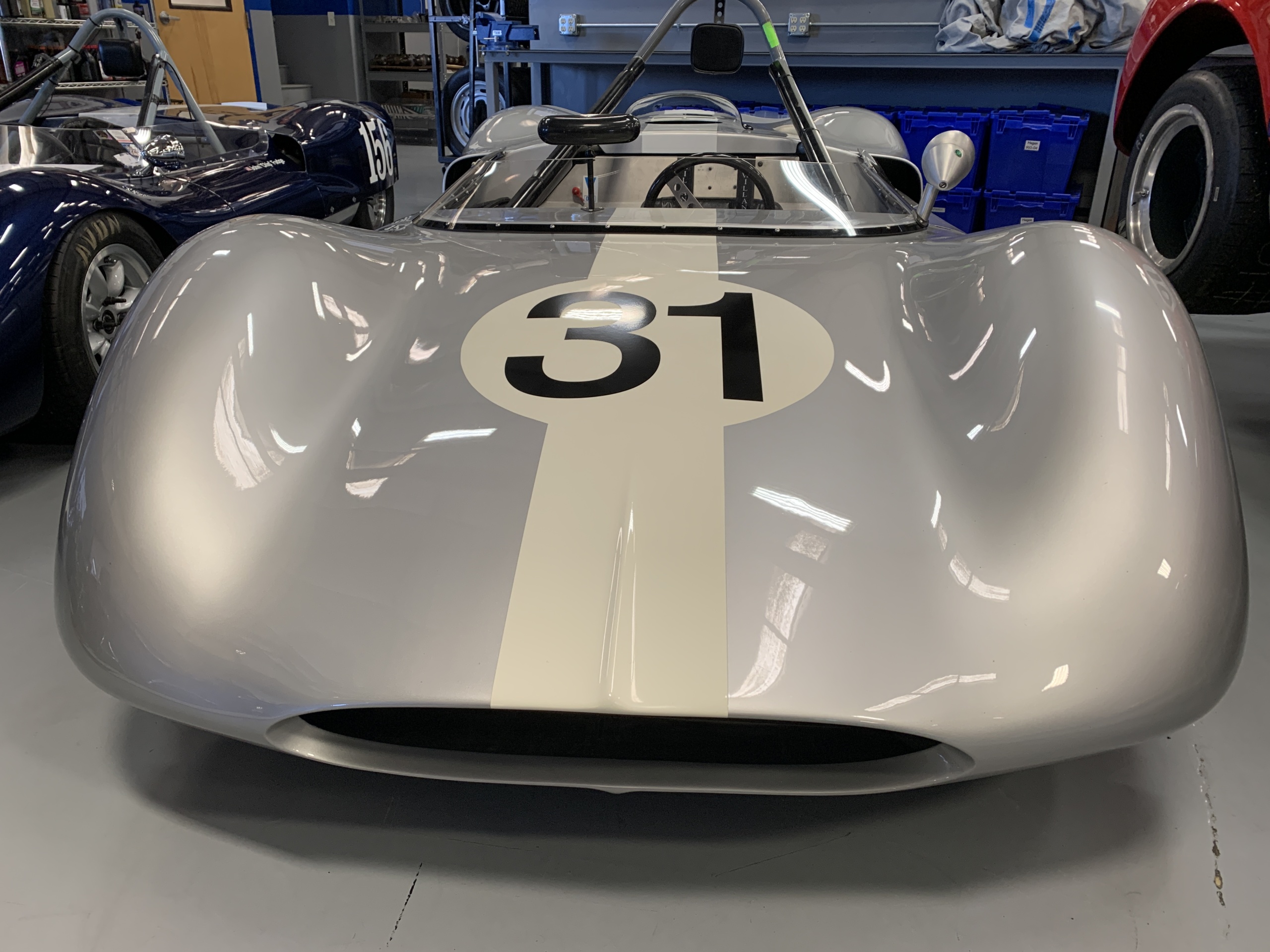 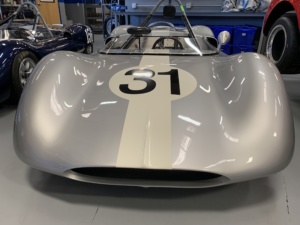 Jerry Titus began as the technical editor of Sports Car Graphic Magazine. He then moved to the West Coast to begin his professional racing carer.

Titus was talented and instantly successful. He quickly became the full-time pro driver for EMPI, an aftermarket Volkswagen and Corvair performance parts business. They chose Joe Huffaker’s Genie Mk5 as their weapon to challenge for SCCA Championships in 1962-64, including the USRRC (United States Road Racing Championship). Their Genie would be unique, however, the first to be powered by Chevrolet’s flat six Corvair engine.

Titus raced the car throughout the West Coast, including races at Riverside, Laguna Seca, Santa Barbara, Willow Springs, Kent, and more. He finished third in the season points, qualifying for the ARRC (the SCCA National Championship Runoffs). However, before Titus could compete in the event, the Genie was sold.

Ed Lamantia, Sr. purchased the Genie in August, 1964. He raced the car in SCCA races while working for Rod Carveth Enterprises. Ed Sr. quicly captured a victory with the Genie at Laguna Seca in October, 1964. He would later qualify for, and race in, the SCCA National Championship Run Offs at Daytona with the Genie. He claimed the podium, finishing third.

In 1968 Ed Sr. sold the Genie to Lionel Pitts. Pitts took the car with him when he moved to Washington state. The car would remain there for the next  37 years, mostly in storage.

When Ed Lamantia Sr. passed away in 2005, Lionel reached out to Ed Lamantia Jr. and sold the Genie back into the Lamantia family. The car arrived on a flatbed trailer as a considerably “updated” car with a wider wheelbase, flared fenders, and several Corvair engine in various states of assembly.

In 2012, Ed Lamantia Jr. took his father’s Genie Corvair back to Laguna Seca for the Monterey Historic Automobile Races. History would repeat itself. Ed Jr. brought the Genie Corvair  home first in class, nearly half a century after his dad won in the same car at Laguna.

Since that time the Genie has been driven just a handful of times. It is still regularly maintained by Huffaker Motorsports, and will be sold as race ready.

The Genie is powered by its period correct 2.8 liter Corvair engine. A crane electronic ignition supplies the spark. The engine is fed by twin PMO triple choke carburetors, similar to what is used on the 911 Porsche engines. The Corvair is mated to a Webster five speed gearbox.

The original belt driven fan has been replaced by an electric fan. The dynamo was also replaced with an alternator.

The body panels are new, and in excellent condition for an active racing car. The car rides on Panasport wheels with vintage Formula Ford size tires.

The Genie is a piece of American racing history. It is beautiful in design, and prepared to a very high standard. It is also unique, and a good choice for both club and premier historic vintage racing events worldwide. Genies race at everything from the Monterey Reunion to Goodwood, and everything in between. The car was a highly capable class winner in period and remains so today, as it has already proven.

Finally, the car is a bargain at its offered price. Full history with period wins, wonderful family story, great restoration by its original constructors, excellent current condition, and a great price.

It is a very compelling package.