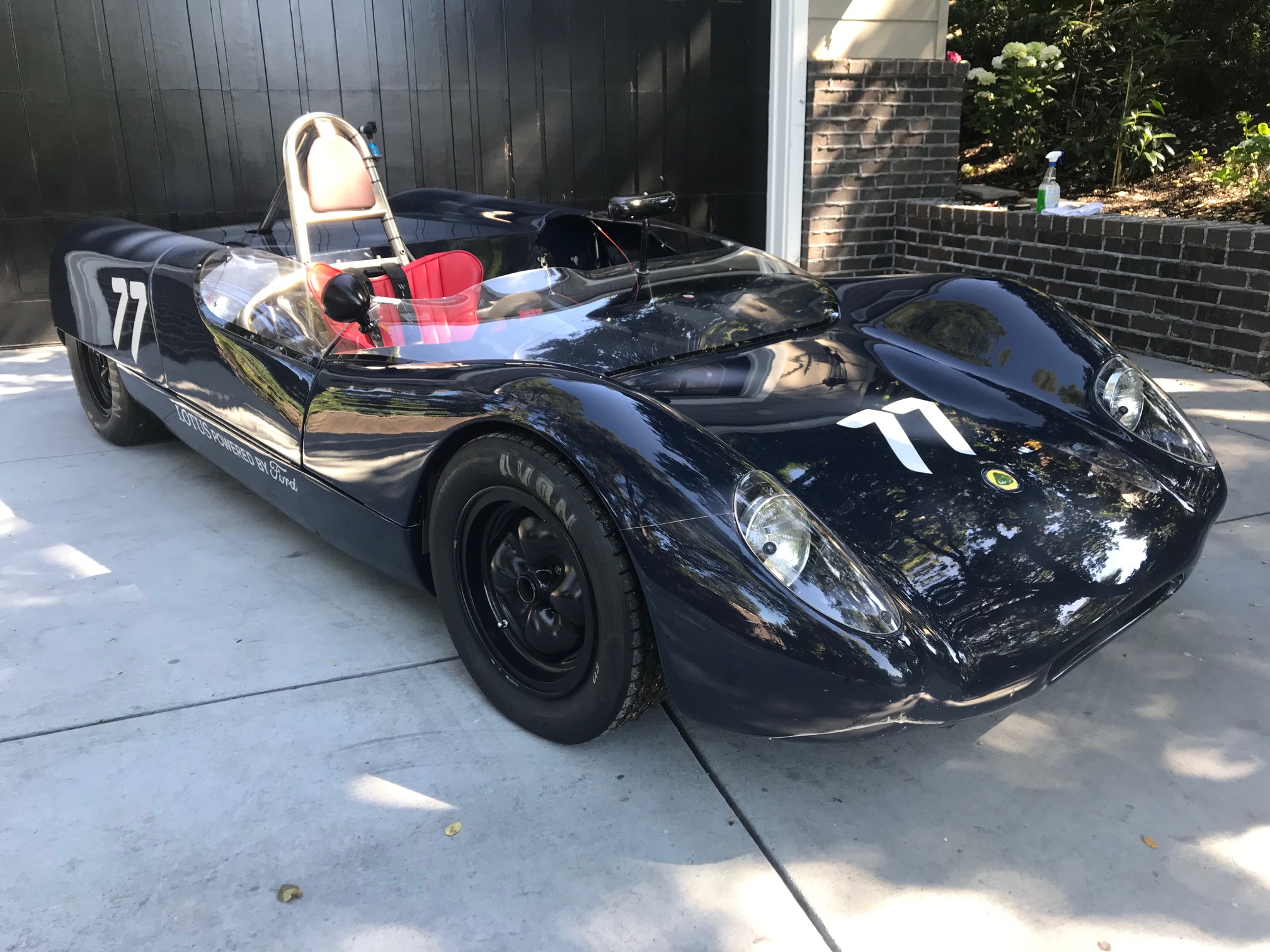 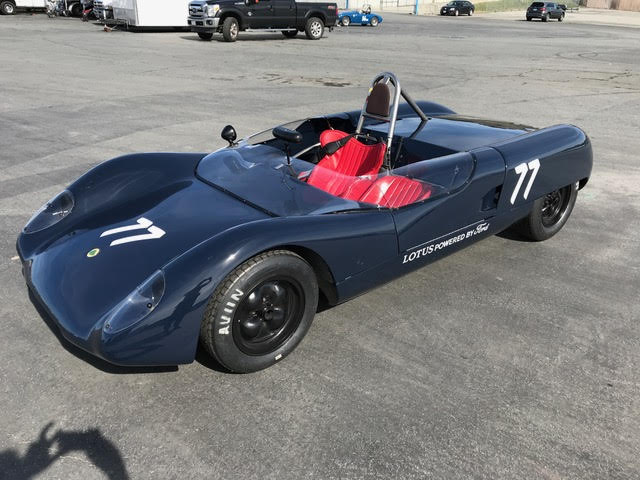 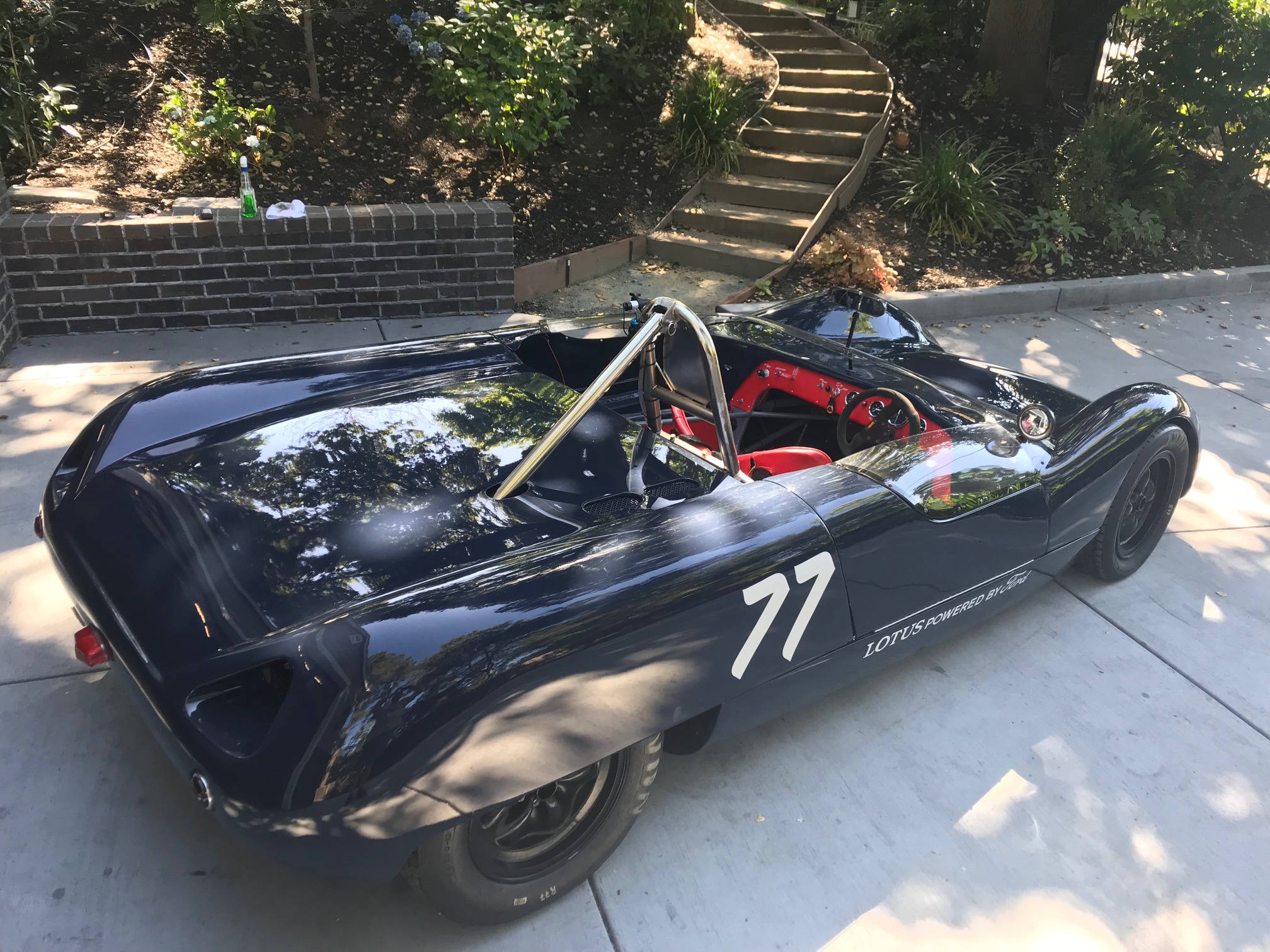 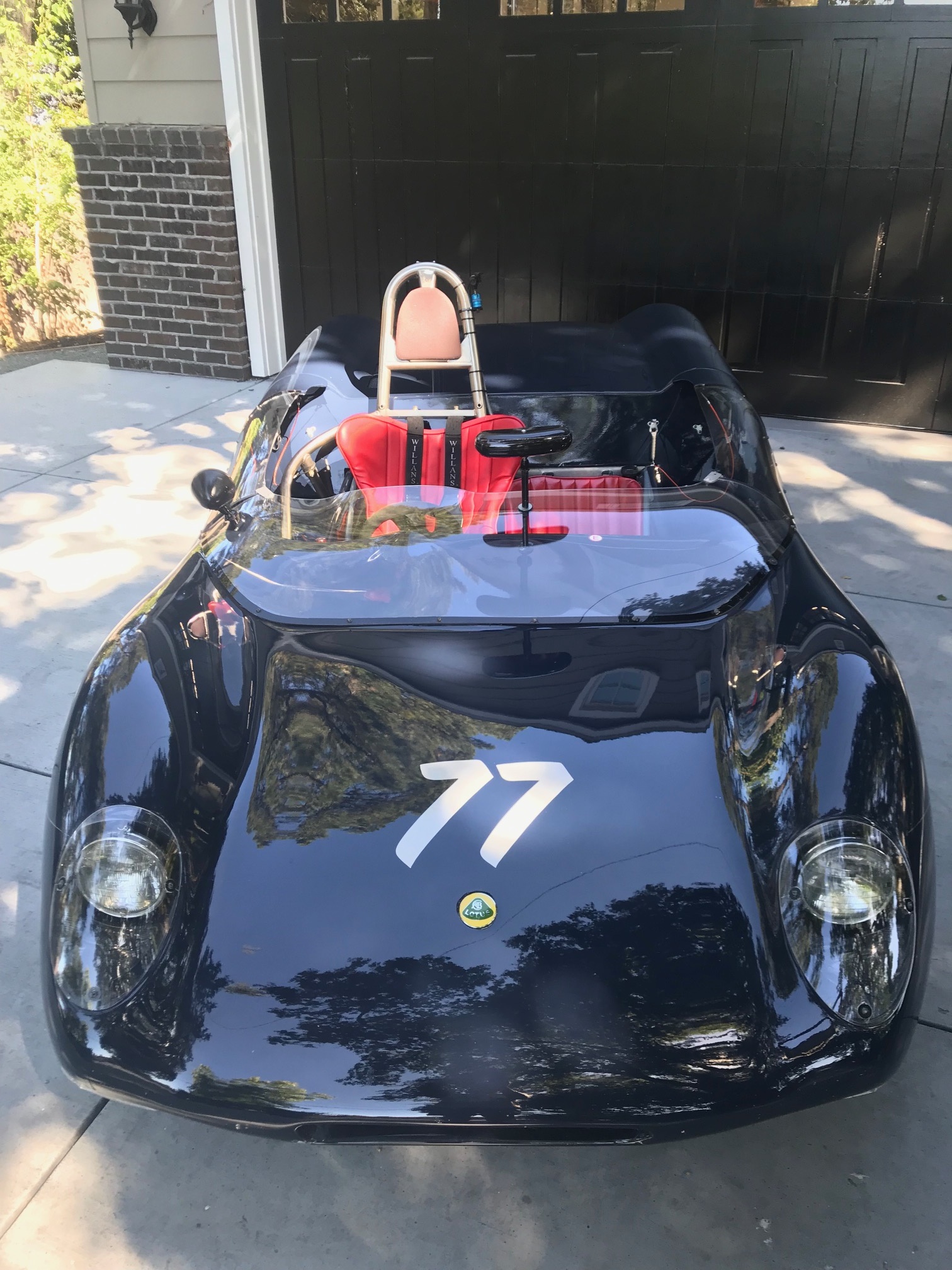 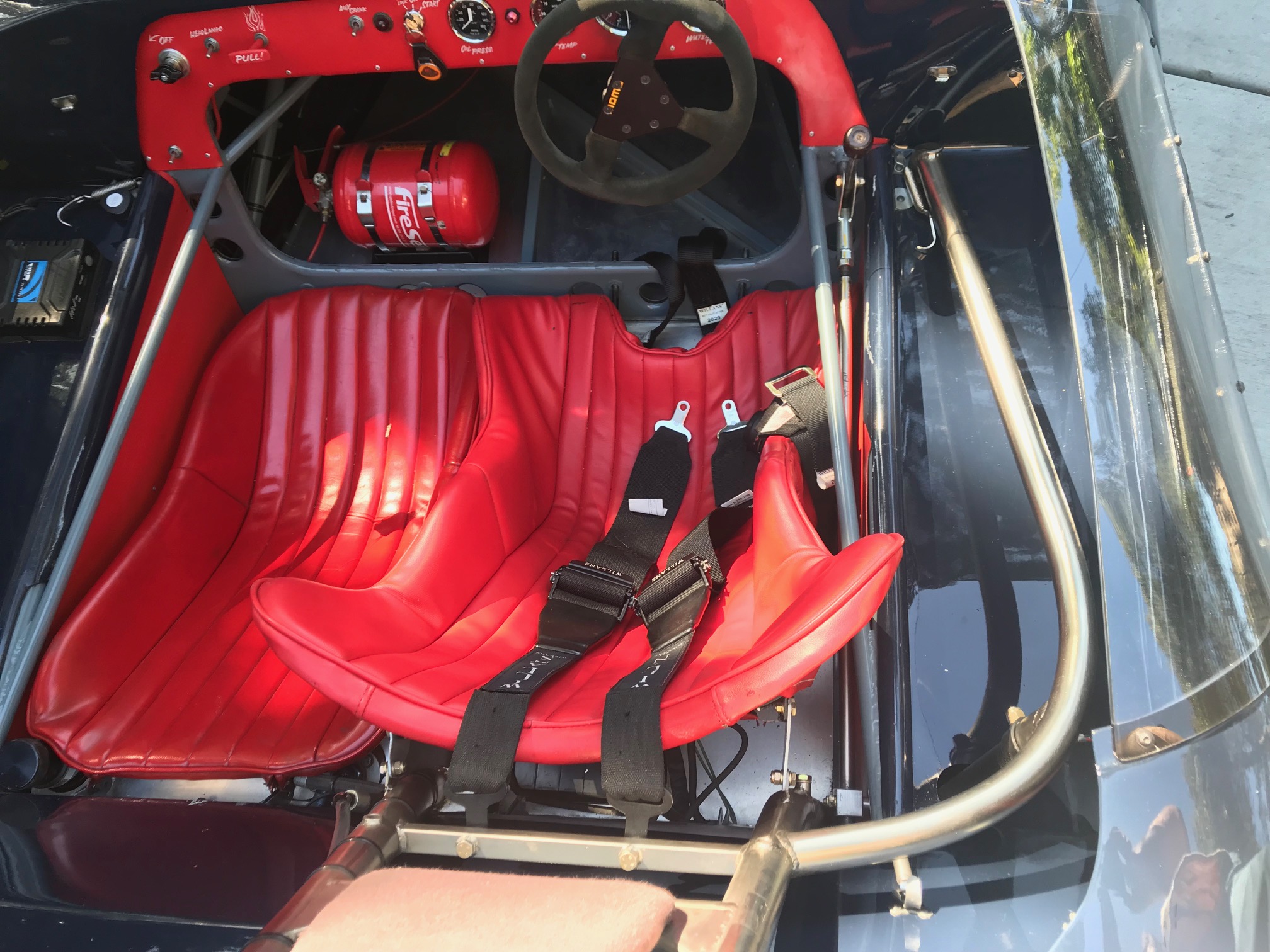 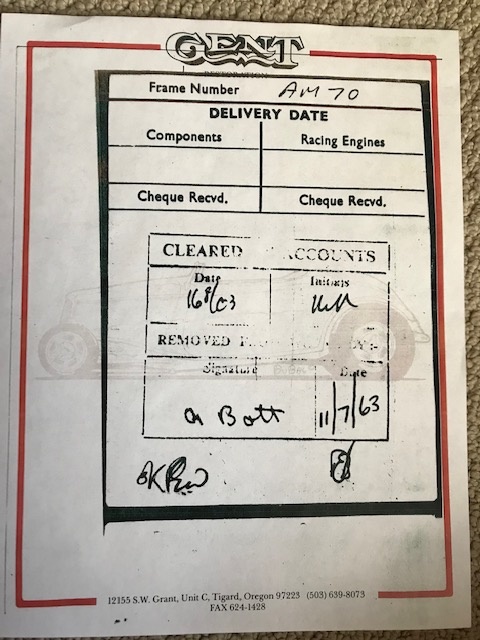 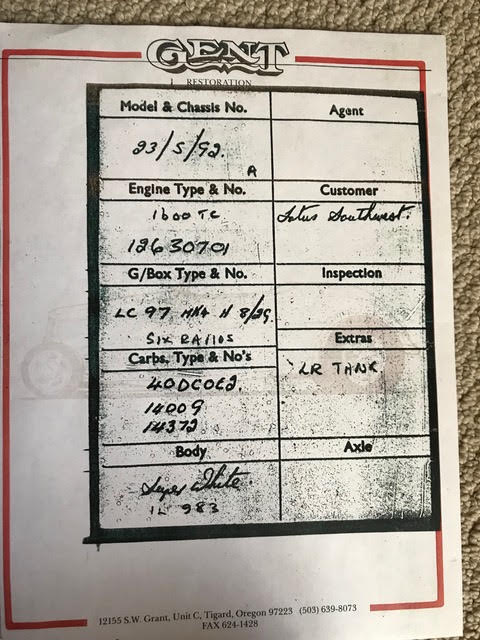 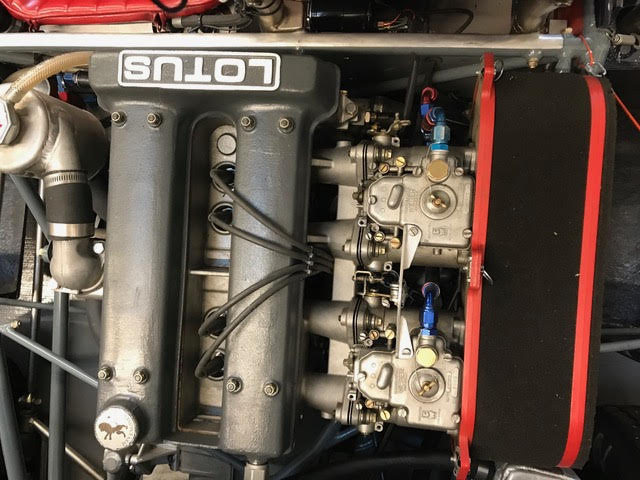 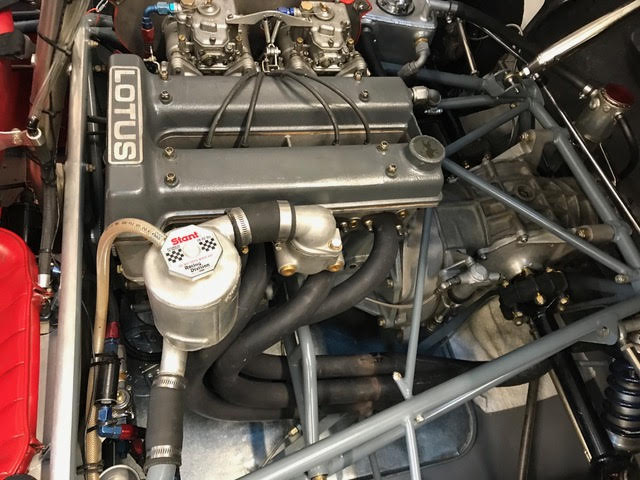 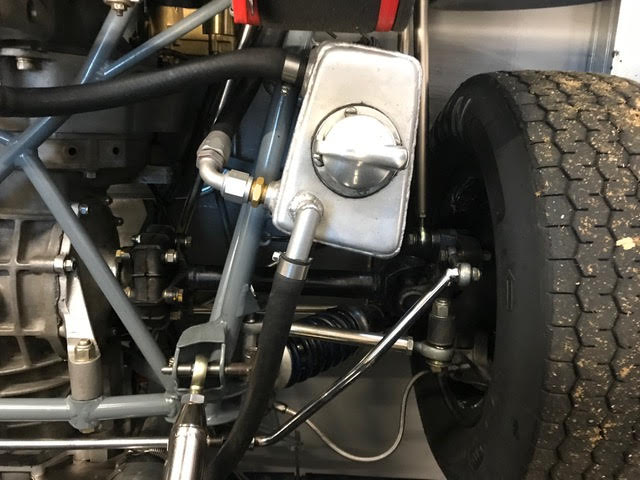 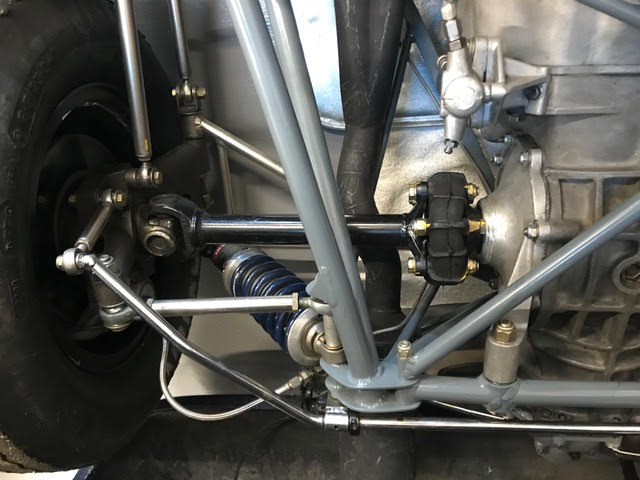 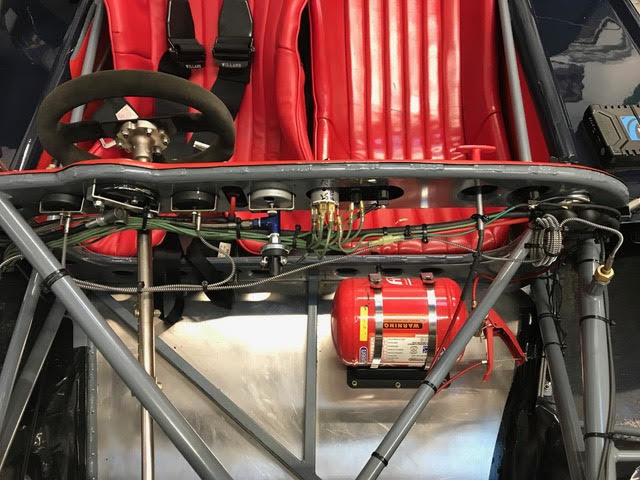 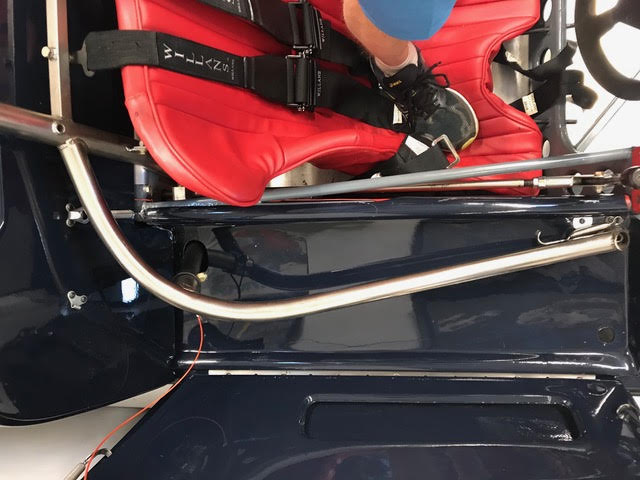 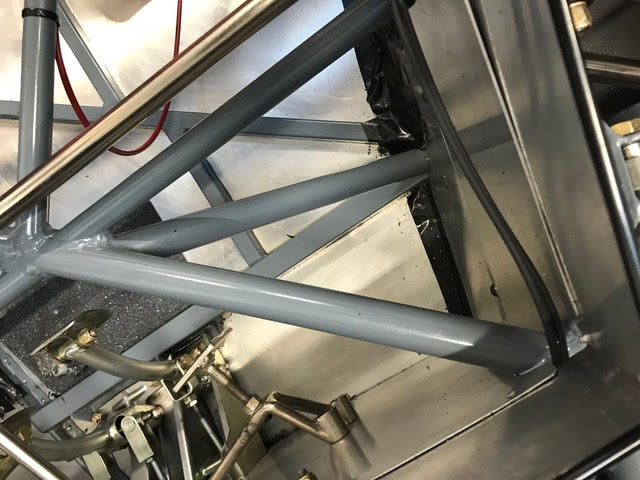 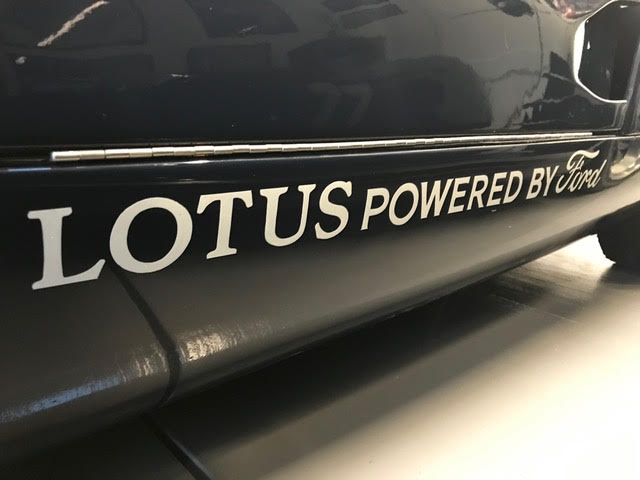 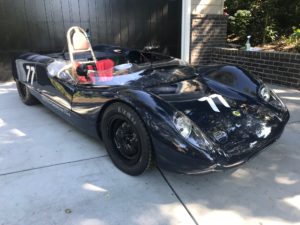 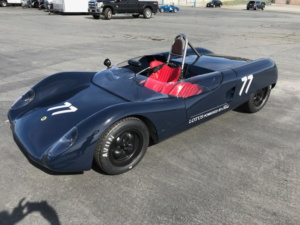 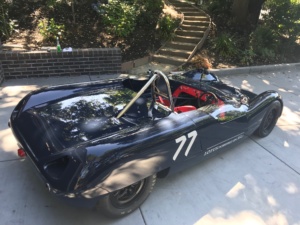 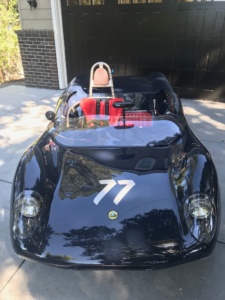 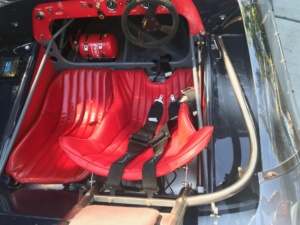 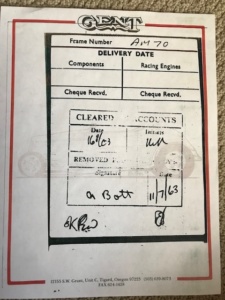 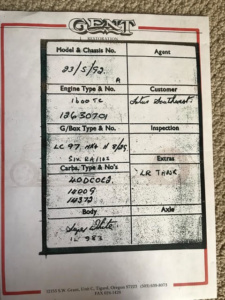 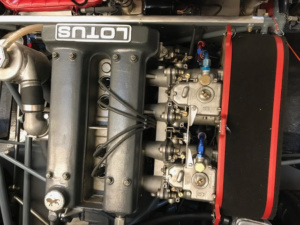 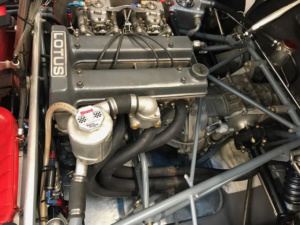 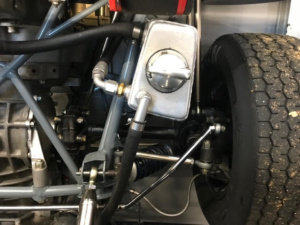 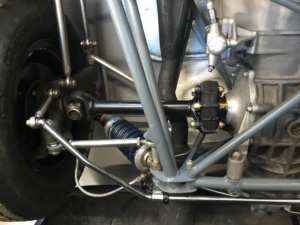 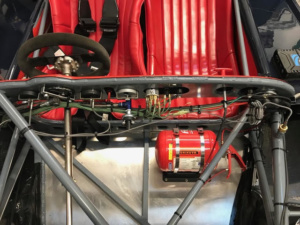 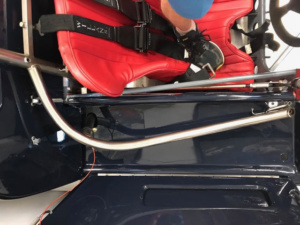 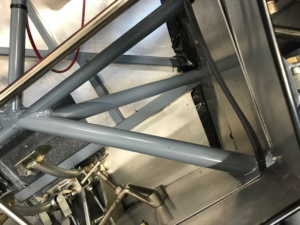 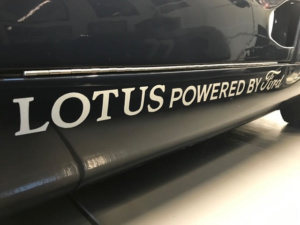 1963 Lotus 23B, Chassis Number 23-S-92 was delivered to Lotus dealer/distributor, Lotus Southwest, in Texas. It is believed the car was initially sold locally, and raced in Texas Region SCCA events. Thereafter the car went to Mexico. Its racing history there is currently unknown.

In 1990, Kermit O’Neal, then working for Alamo Sports Cars in San Antonio, Texas, found the Lotus near Mexico City, Mexico. It was owned by a Mexican pig farmer named Sebron.  The Lotus was in a dilapidated, condition, but original.

Surprisingly, Lotus 23-S-92 was not the only Lotus 23 owned by Mr. Sebron at the time. He also had another Lotus 23, this one powered by a Porsche 356 engine. O’Neal elected to only purchase the original Ford twin cam powered car, 23-S-92.  Nick Adams, of the Lotus 23 Registry, confirmed in 2014, that the second Lotus 23 (the Porsche-powered Lotus) was also rescued from Mr. Sebron’s Mexican pig farm. The Registry now believes they have determined which Lotus the Porsche powered car was/is.

Lotus 23 historian, Don Schaefer, also recalled talking to Kermit O’Neal upon O’Neal’s return from Mexico with the 23B in 1990. This is documented in a 2015 email.

Nick Adams has seen photos of the chassis tag that was on the car when O’Neal purchased it, and said “I have high confidence that the plate is the original one.” (email, April 9, 2014). He also said there were no competing claims for the chassis number, 23-S-92.

Well known Portland, Oregon vintage racer, Ernie Spada, Jr. purchased the Lotus from Alamo Sports Cars on December 4, 1990. A copy o f the original receipt is included in the files that come with the car.

Ernie. and Mike Gent of Gent Restorations, flew to Texas, rented a U-Haul, and picked up the Lotus in its sad, but original, condition. The Gents towed the Lotus to Portland, and began the restoration. It was during the restoration in 1991, that Mike Gent submitted the 23B for official listing with the Registry, and the car was accepted.

Spada raced the Lotus until it was sold to Dave Olson of California in 1995. Olson raced the car extensively until crashing it in turn one at Sonoma/Sears Point Raceway. There was extensive damage, and the decision was made to restore the car using a replacement frame instead of repairing the badly damaged original frame.  Photos of the accident, and damaged original chassis are available upon request.

At this point, in 2011, David Alvarado purchased the damaged Lotus. He had Lotus restorer, Jim Groom in Berkeley, California, perform the restoration. Jim removed the serviceable original parts from the original frame and assembled them on the replacement frame. He then completed the restoration of the car. The damaged original frame was retained. Photos of the accident itself, and the resulting damaged original chassis, can be provided.

Also, at the time the car was reassembled and restored by Groom, an additional frame rail was added to the right hand cockpit side of the replacement frame to better protect the driver against right side intrusion in the event of an accident.

Alvarado raced the Lotus in a handful of vintage races before  trading it in 2012, to Mark Powell. Powell traded a March 722 Formula B racing car (the Ex-Bob Lazier pro FB car), and cash for the 23B. Powell raced the Lotus just four times between 2012 and 2015, including a second place Enduro finish at the 2015, Brickyard Vintage Racing Invitational.

The Lotus again suffered accident damage with Powell. in 2016 Alvarado bought the car back, and had it restored again. During this restoration the original frame was re-examined to see if there were any segments of the frame that could be used to repair the damage to the new frame. Brian Garzelli, owner of Competition Touring Cars at Sonoma Raceway, was performing the restoration. At that time, he assessed that there was nothing left of the old frame that was usable, so it was discarded and the replacement frame was repaired with new pieces. This is also documented in correspondence from Brian Garzelli and can be provided.

During this restoration, in November, 2017, the engine was removed and sent to Ivey Engines in Portland, Oregon, for rebuilding. The rebuild included a brand new Kent block. The engine dyno-ed at 190 h.p. The rebuild receipts, and dyno sheets, are included with the car.

In 2018, the Hewland gearbox also received a rebuild, including a new Mk.8/9 Hewland ring & pinion. The rebuild also included, but was not limited to, new stub axle bearings, seals, throw out bearing, Metalastic heavy duty donuts with interleaf plates, dog rings, etc. Among other things that were done during this period, the Koni shocks were also dyno tuned and adjusted. The Lotus has been run just a few times since this latest round of restoration and race prep.

The Lotus comes with two large binders documenting the car’s history, and work performed. These contain a treasure trove of valuable information about the car, its current specification, and state of preparedness. They also include correspondence from prior owners, and correspondence from the Lotus 23 Registry regarding the car’s history and authenticity. Further, there are bills of sale tracking the car’s ownership history, including bills of sale referencing the original frame being sold with the rest of the car. These documents can be provided upon request. There is also much more in the files.

The best part is that the original chassis plate has survived, and is still with the car.

The owner is currently highly motivated to sell the Lotus to make other financial moves before the end of the year. So if you are serious about getting a documented Lotus 23B, please contact us right away, and make an offer. You can own Lotus 23-S-92, and have it sitting in your garage before the end of this year.