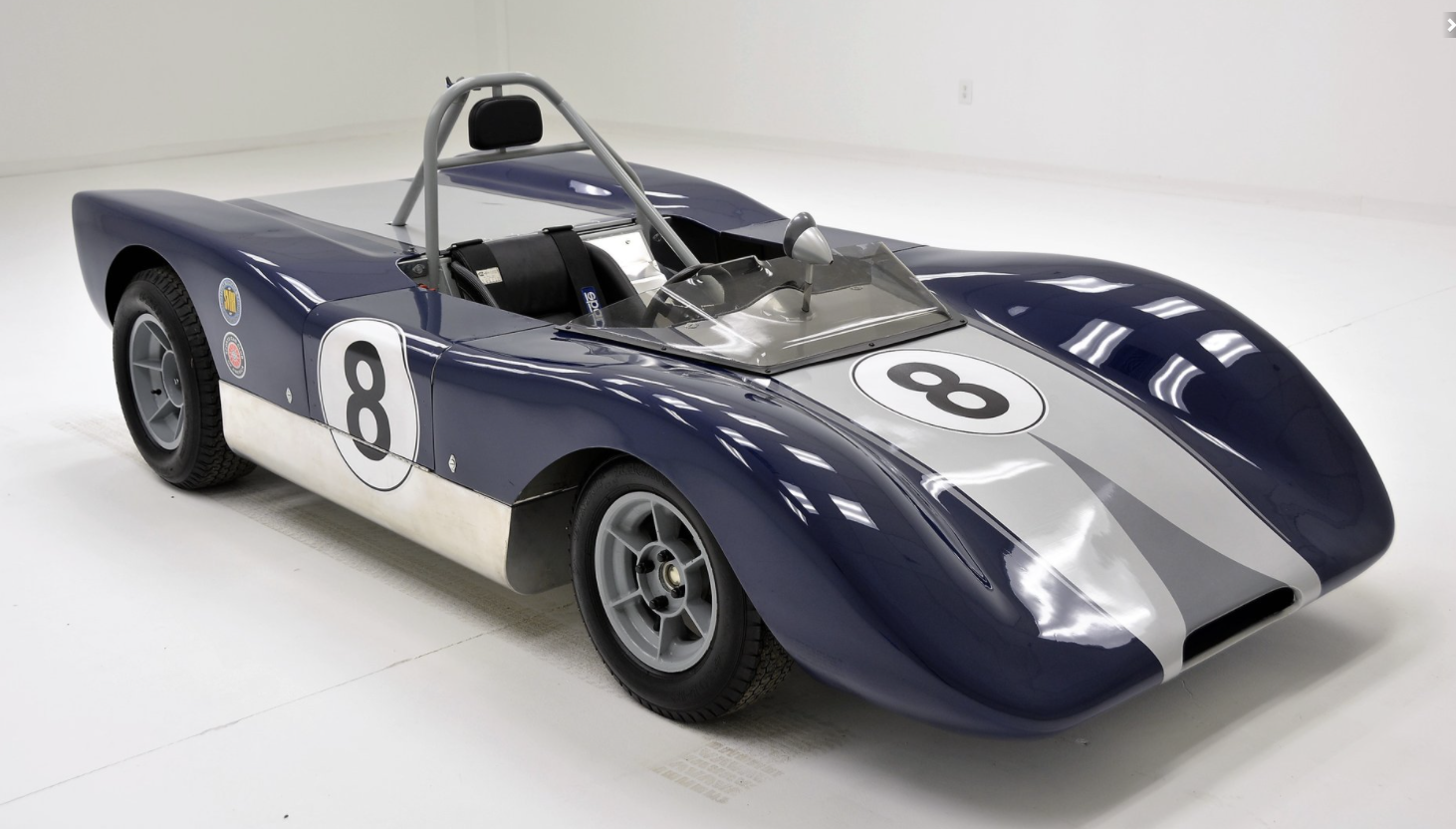 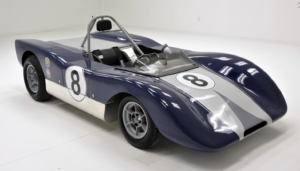 LeGrand Race Cars was established by Alden “Red” LeGrand in 1961, in partnership with Stuart Dane, to build a 700-cc, BMW-powered, Formula-4 racecar, known as the Mk1. LeGrand went on to build 28 models of racecars, over the next 25 years, until Red’s passing in 1988.

LeGrand’s winning tradition includes winning the Formula B championship at Daytona in 1965, winning the first professional Formula A/5000 event at Stardust Raceway in 1967, and the Canadian Grand Prix for F5000 that same year. Continued success followed in the mid-’70s with the Mk18 in D sports racing and in the ’80s with the Mk25.” Vintage Road & Racecar magazine. For more on the history of the LeGrand marque, please see Racer.Net – LeGrand History

The Mk 2 sports racer debuted in 1963. The car featured innovative rocker arm front suspension which was being used by just a handful of Formula  One teams at the time. Records show that six were built. Three are currently believed to exist, including the Mk 2 offered here.

The cars were powered by a variety of engines, and competed in SCCA’s H-Modified class, the forerunner to the later SCCA D-Sports Racing class.

The period history of this Mk 2 is currently unknown. What is known, however, is that the Mk 2 cars were successful in period, including victories with factory team driver and Mk2 co-designer, Bruce Eglinton. One of the races Eglinton won was the end of the season SCCA race at Willow Springs held in December, 1964. Paul Felton put his Mk2 on the podium with a second place at the Santa Barbara Road Races in April, 1965. Hal Roren won the SCCA H-Mod event in Shelton, Washington in June, 1965. These Mk2 cars were the first in the line of LeGrand sports racers that would later go on to win seven SCCA National Championships.

As can be seen in the photos, the Mk 2 offered here has been the subject of a ground up restoration. It is powered by a 1300 c.c. dry sump Cosworth Ford engine with remote oil cooler. The Cosworth is mated to a four speed Hewland gearbox with inboard disc brakes. The car has only one hillclimb event on it since complete restoration. Even the pedal faces show no wear.

The brakes are new. All fuel and oil lines are Aeroquip braided steel. The tach is a Smith’s 7500 redline telltale. The rest of the gauges are Stewart Warner. It has a FuelSafe fuel sell and fully charged fire bottle. The coilover shocks are new, and equipped by Eibach springs. The Mk2 rides on its period correct LeGrand alloy wheels.

This LeGrand is a great entry into vintage motorsports, or a great car for a seasoned veteran who wants to hone their driving skills in a lightweight, purpose built mid-engine race car. These cars put a premium on driving clean lines, and maintaining momentum to achieve speed and low lap times. As such they are a great training tool for all levels, inexpensive to transport and maintain, and a whole lot of fun!