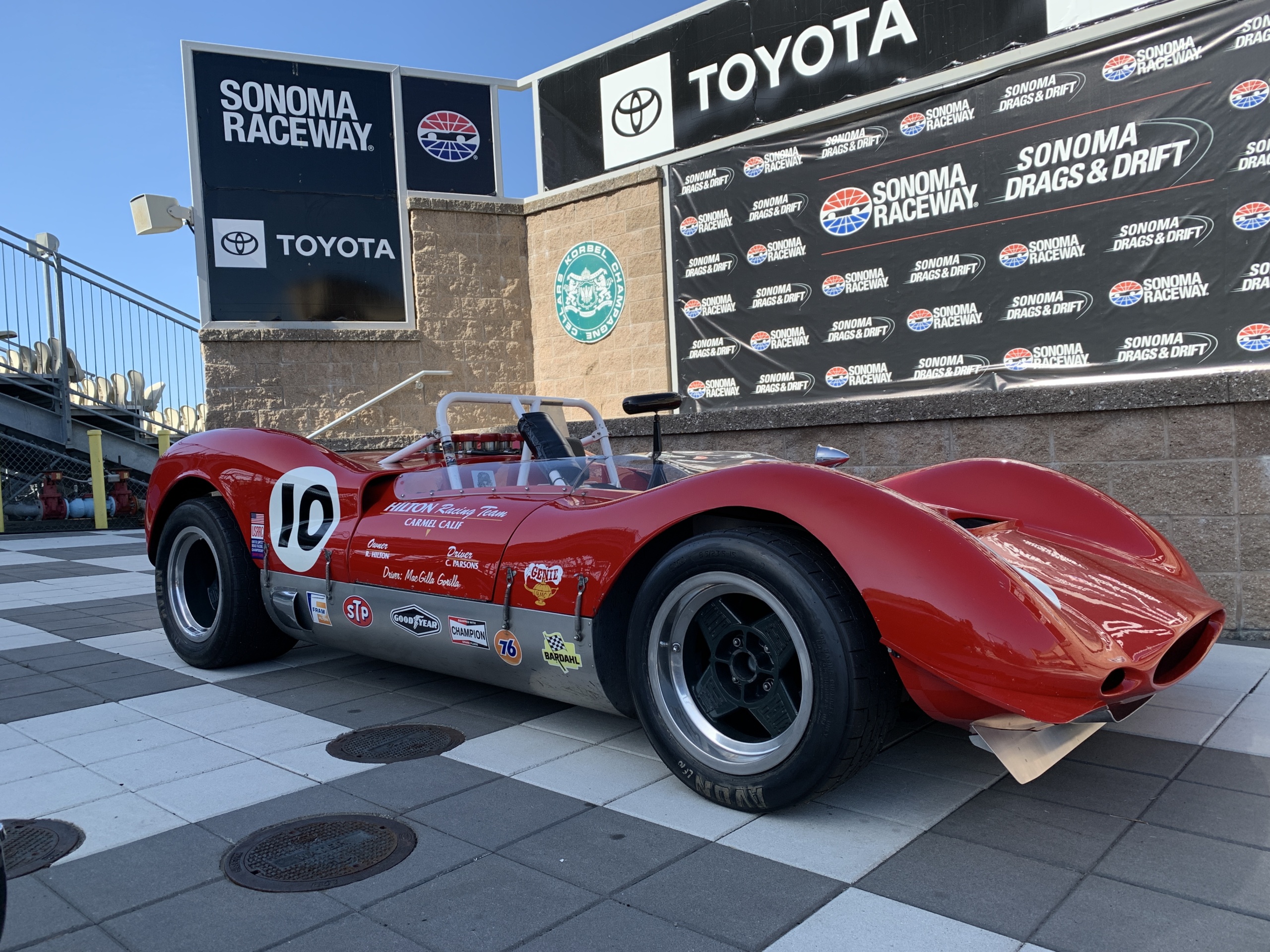 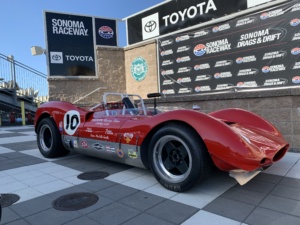 This Genie Mk 10 was raced by Chuck Parsons, along with a later McLaren Elva, on his way to capturing the 1966 United State Road Racing Championship. Parsons would finish a high of second place in the Genie at the Labatt 50 Mont Tremblant race at St. Jovite, Canada,  right behind Bruce McLaren and ahead of the likes of Chris Amon, John Cannon (in Bonanza t.v. star Dan Blocker’s Genie Mk 10), Mark Donohue in Roger Penske’s Lola T70, and Lothar Motschenbacher in his McLaren Elva Mk. 2.

Most recently the Genie has been raced at the Velocity Invitational in 2021, and the Monterey Reunion in 2022 where it finished 1st overall. SportsCarDigest