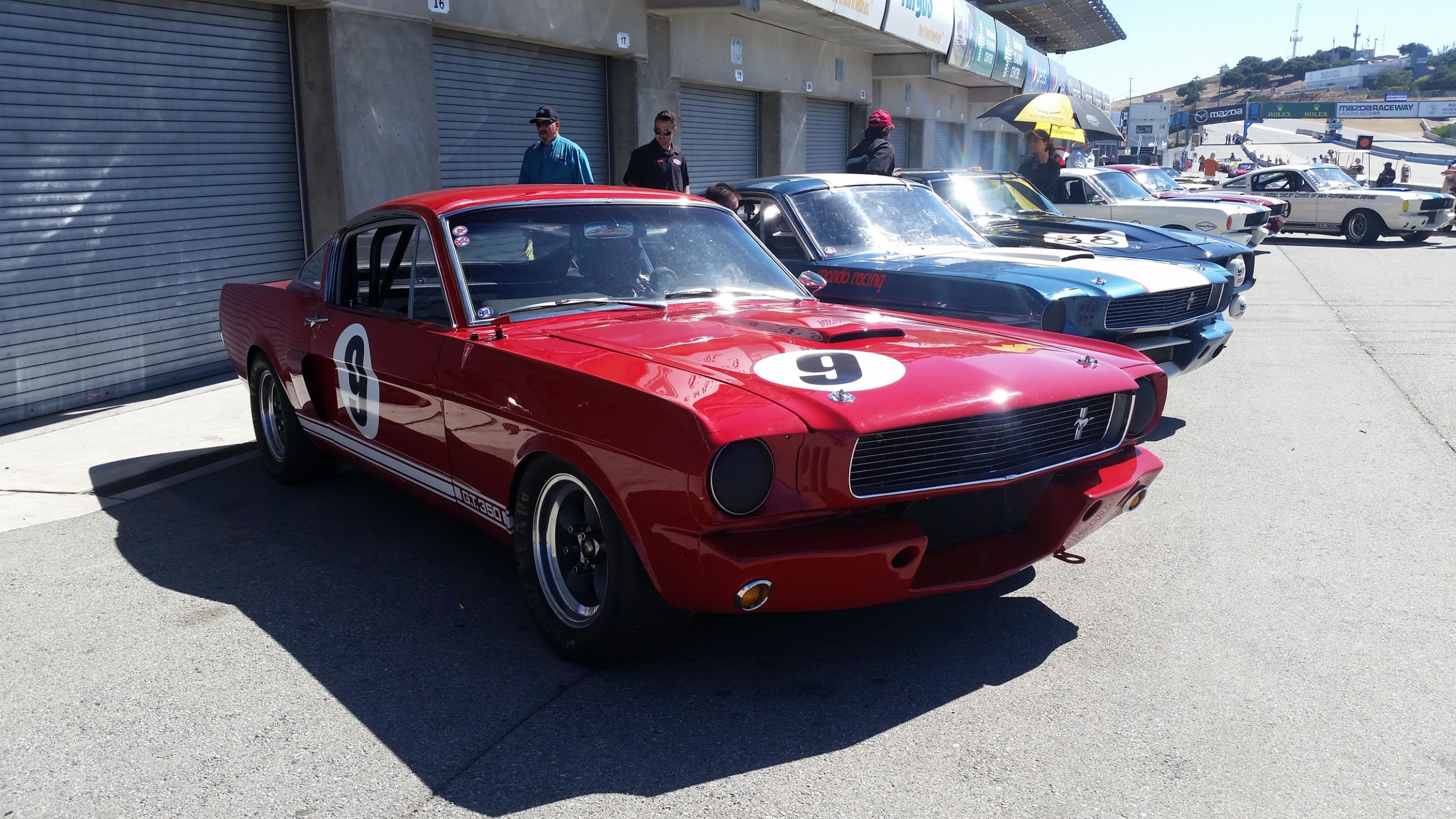 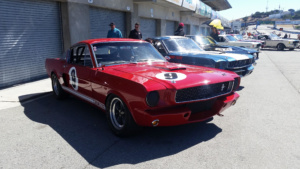 This Shelby GT350 was offered for sale by us in 2019. At that time the owner was looking to raise cash for a real estate development he was working on. In August, 2019, he decided to race the Shelby “one more time” at the Monterey Reunion. He had such a good run at Monterey that he decided to keep the car and look to other resources for his real estate project. Now the real estate project needs another influx of cash, so the Shelby is again available.

We also have some additional information about the car that we did not have earlier . It is as follows:

The transmission in the car now is an aluminum Richmond T-10 racing transmission. The clutch is a 7.25″ dual disc. The rear gears are 4.56:1

This Shelby has run many west coast events and passes tech every time. It was the top GT350 finisher at the Monterey the Monterey Reunion last August, and has not been raced since.

The car will come with its original matching numbers engine, transmission, and brake discs. It will also come with a second set of American Racing mag wheels.

The engine has 2 practice days and 2 Reunion events.  Properly maintained, it should last for another 4-5 events before a top end refresh.  The engine is very reliable, fast, and does not run hot.

The owner also recently discovered a box with more of the Shelby’s original parts. They include the original steering wheel, shifter, dash/gauges, bell housing, and more. See the photo.

The Shelby is currently titled, registered, and insured in California, and has been its whole life.

According to the Shelby American World Registry, the Shelby was originally shipped to National City, CA, on 6/21/1966. It was then purchased by original owner, Phillip Lynch, of Escondido, CA. on August 2, 1966. Thereafter the GT350 was purchased by Timothy Pitock of Fallbrook, CA. The car was next purchased by  Dr. Richard Steele of Apple Valley, CA.  Thereafter, the Shelby was sold to Jim Reed, of Newport Beach, CA.  The Shelby was then sold to its current owner, also from California, in 2009.

The Shelby was used as a street car until the early 1990’s. At that time it was race prepared by well known Cobra racer/engineer, Dave Dralle, for competition road racing.  The Shelby has been campaigned in vintage races ever since, including with SVRA, HMSA, and CSRG.

The Shelby has front disc brakes and drum rear brakes.  It is currently fitted with a competition driver’s seat, and the original passenger seat.

It is believed every body panel on the Shelby is original, except for the GT350-R front air dam and plexiglas rear window – also GT350-R spec.

This is a beautiful example of a properly prepared Shelby GT350 competition road racing car that can still be returned to its original street specification.

As you continue to watch the show you will see a significant portion of the video is devoted to the battle for top GT350 between Brad Oldenbrook in the #9 Shelby, and Charles McKee in the #219 Shelby.

Please contact us about this great GT350, and let’s give a new home.