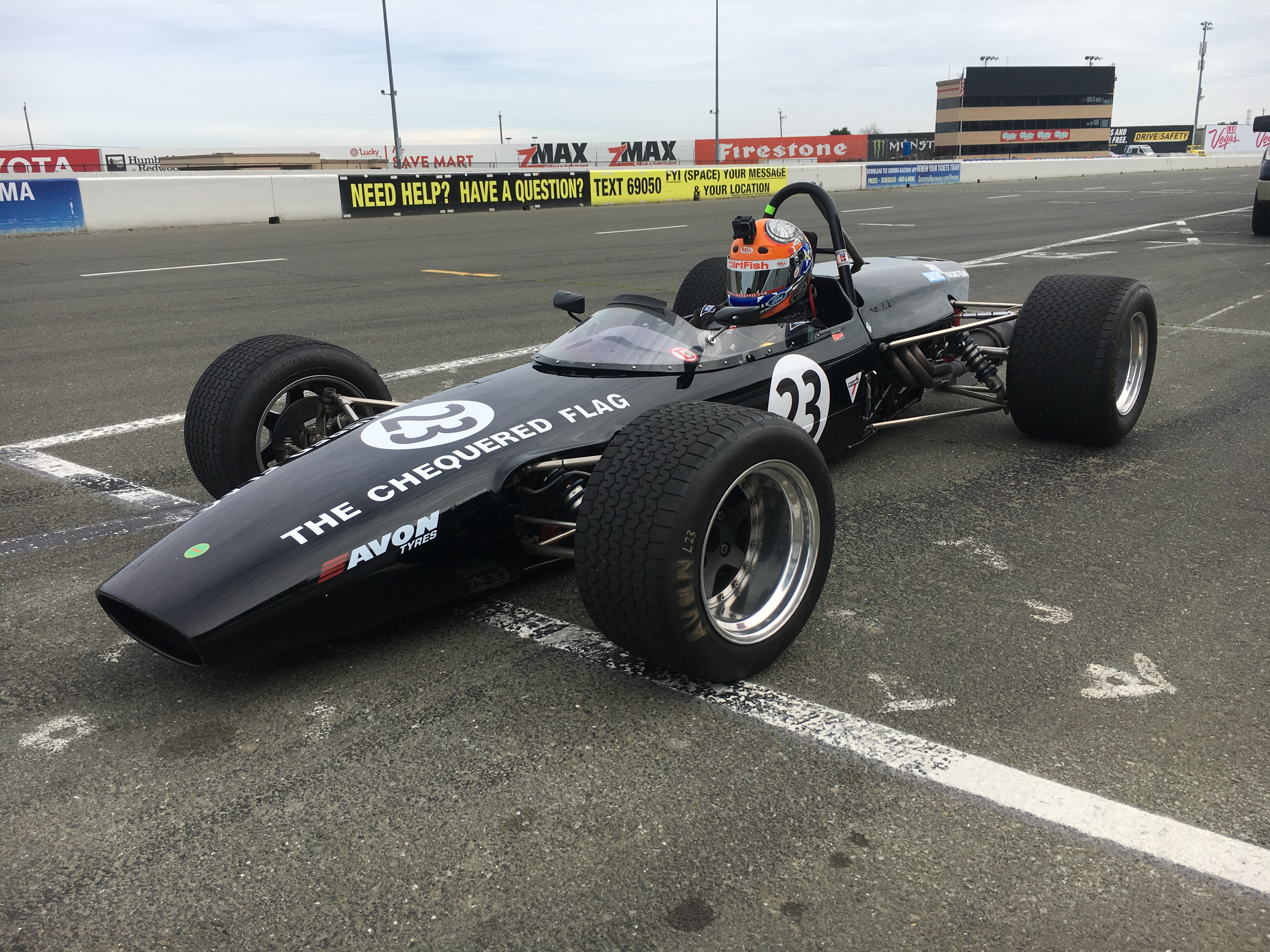 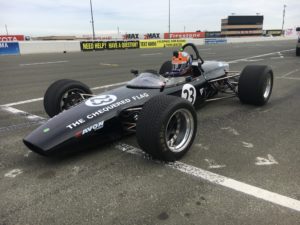 Ex-Ian Ashley F3 car. Purchased from the factory by Ashlowe Racing Team, a partnership of Ian Ashley and Robert Owen (“Ashl”/”Owe” Racing) in 1967. Ashley raced chassis 103r throughout the 1967 season achieving multiple top five finishes, and a podium at Avus.

For 1968, the car was completely rebuilt, but sat quiet. In 1969 Robert Owen sold the car to Steve Pfiefer, located in California, and shipped the Merlyn from Liverpool to San Francisco. Pfiefer uprated the car to U.S. Formula B specs, and a Lotus twin cam was installed. Then Pfiefer sold the car in June, 1969 to William Dunbar in Arizona. Dunbar sold it to Chuck McClain, who raced the Merlyn as a Formula B in 1970 with the Arizona Sports Racing Association, and SCCA California Sports Car Club Region. The file contains a race result for McClain in the Merlyn at Ontario Motor Speedway.

Chuck McClain kept Merlyn 103r for the next 20 years. In May, 1990, he sold the Merlyn to Ed and Mark Brannon, also from Arizona. The Brannons restored the Merlyn and debuted the car for historic racing in May, 1991, at Willow Springs Raceway. The car also received the Monoposto Concours Award that year.

The Brannons raced the Merlyn until its sale to Mike Kennedy, of Klamath Falls, Oregon, in 1996. Kennedy kept the car for several years before selling it to David Gogna, of Corte Madera, California. Gogna raced the Merlyn in Northern California vintage races until purchased by its current owner.

The Merlyn has a Jay Ivey twin cam, rebuilt in 2018. The gearbox is a Hewland, Mk.5, which was also rebuilt in 2018.  Pages of receipts come with the car showing all work performed in the past several years.

The Merlyn is in excellent condition, with all the work done, including a proper, competitive, setup. It is a perennial front runner, and winner, in historic FB. It can also race in the prestigious historic F3 series with the installation of a 1000 cc Screamer engine. We can assist you with shipping, including quotes to your nearest port of entry.

The Merlyn was track tested in January, 2019, and is ready to go. See the test day videos below.