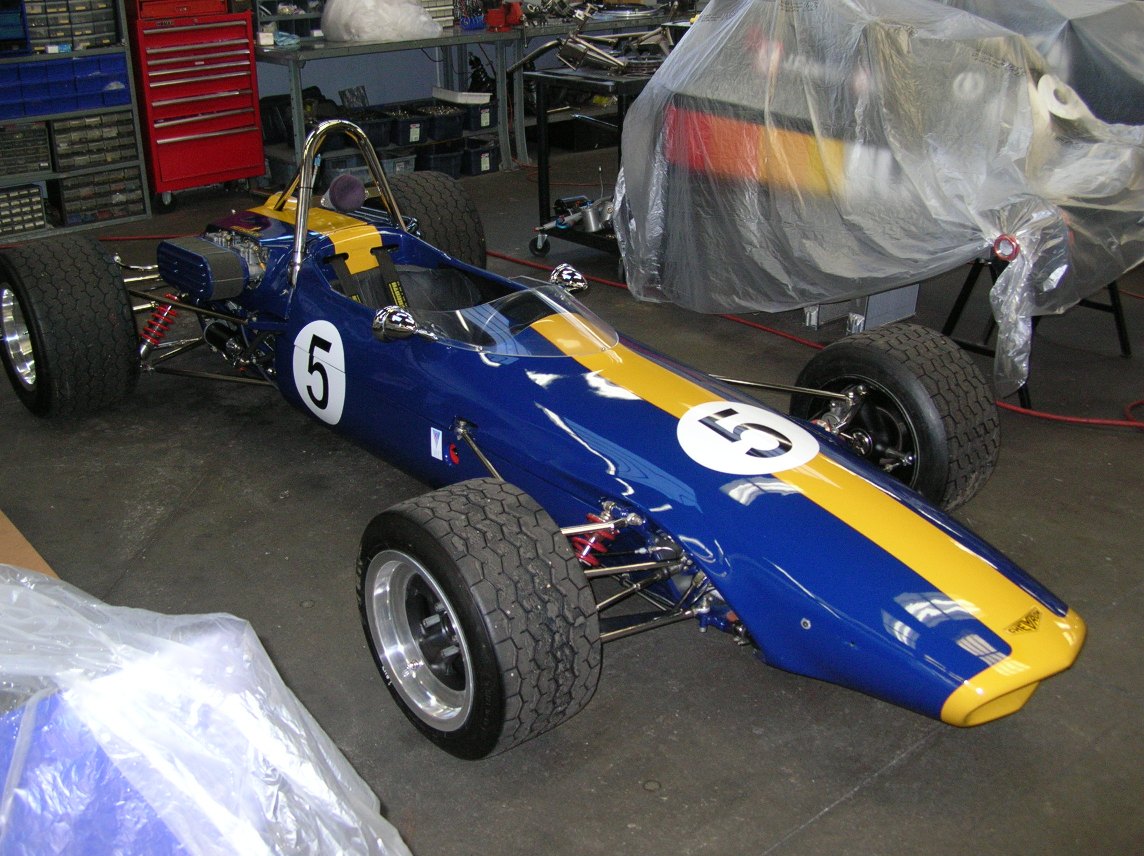 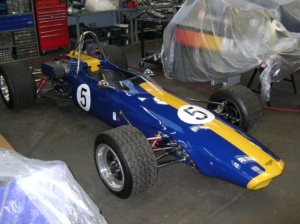 OldRacingCars.com presents the history of chassis F2.2 as follows:

“The second Chevron B10 was completed in July 1968 and raced by Bennett himself at a libre race before being sold to Mike MacDowel and Bob Jennings in August for hillclimbs. They ran it until the end of the season but then bought a new Brabham BT30X and the Chevron was sold to Graham Eden who first used an oversized Ford twin-cam and then returned the car to FVA specification. It was upgraded to B17 specification for 1970 and at the end of that season passed to Bill Creasey and then on to Bob Ellice for the 1971 season. Ellice ran it in the new Formula Atlantic series with a twin-cam engine, entered by John Deuxberry. Then to the US and used in FB by Mike Hickey (Portland, OR) from May 1972. To Richard Shepard (San Francisco, CA) January 1974 and converted to FC with an 1100cc Holbay-Cosworth engine. Later sold to Monte Shelton (Portland, OR), then from Shelton to Tom Black (Portland, OR) who acquired a new body and other parts from Ed Swart (all this around 1990) and sold it all to Gerry Kingen (Seattle, WA) in 1991. Restored for Kingen by Mike Gent for display in one of Kingen’s restaurants. Sold by him to Ernie Spada Jr (Lake Oswego, OR) some time in the mid to late 1990s and restored again by Gent to running Formula B specification. To Jim Catchot (Rancho Murieta, CA) January 2014. Raced at HMSA Laguna Seca March 2015.

To see a period photo of the Chevron with front and rear wings at Sears Point Raceway in 1976, please go to: Sears Point Photo

For more on F2.2 history, please go to TenTenths.com at: F2.2 TenTenths History

You will also see at the above link that the Chevron was next raced, in 1970, in its upgraded B10/B17 form by future Tasman Champion, New Zealand Gold Star Champion, and U.S. L&M Formula 5000 Champion, Graham McRae.

Most recently the Chevron was raced in 2018 at Laguna Seca, where it demonstrated its speed running in the 1:29’s at the HMSA Spring Classic. It also won the race. See Group C race results at: 2018 Laguna Race Results

The Chevron comes with a number of usable spares, including three sets of wheels small, period correct, front and rear wings painted in yellow to match the stripe down the center of the car.

The car is aligned, fully prepped, and ready to go. It is currently set up for a 6’2”, 195 driver, so is very accommodating of both larger and smaller drivers.

The Chevron B10 is one of the classic formula car designs from the iconic 1960’s period of F1 and F2 racing, It is one of only two. It was first raced by Derek Bennett, the founder of the Chevron company, and designer of the highly successful Chevron racing cars to come.

This B10, chassis number F2.2, won 12 Formula Libre races in between 1969-70, running both the FVA and Ford twin cam. As such it can qualify to run historic F2, U.S. Formula B, and of course Formula Libre.

If you are currently racing in Formula Ford, this car is the classic “next rung” on the formula car ladder. More power, more grip, but before wings and ground effects altered the look, and feel, of drifting the last of these classic cigar shaped formula cars. F2 was the breeding ground for the greats of this time, Stewart, Rindt, Rodriguez, Siffert, Courage, Cevert, Ickx, Clark, Regazzoni, Redman, and many more. It is also the forerunner of what would soon become Formula Atlantic.

F2, and FB grids were heady places to be for young racers in a hurry in the late 1960’s. This is one of those cars, and the one first raced by the man who built the car, and the company, Chevron. A collectible piece, indeed, and one that can be raced hard, as Bennett intended.

We can assist you with shipping, including quotes to your nearest port of entry.