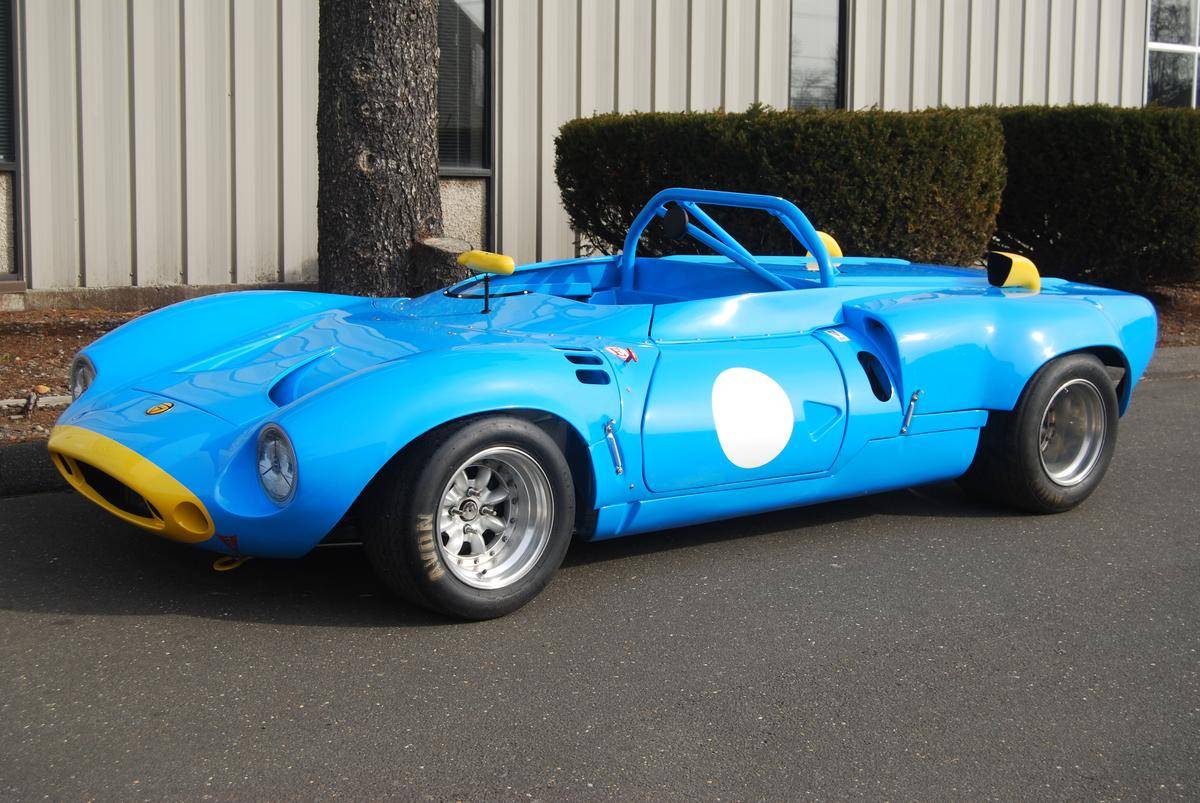 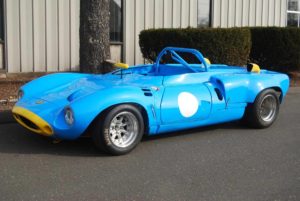 This is chassis number one of seven cars built by Ginetta Cars, Ltd. to compete in the European FIA 2 liter GT Championship. This particular car was sold to Art Allen, the Ginetta distributor for Southern California in 1968. It was raced in SCCA races on the West Coast for two seasons and then parked after a racing accident. Allen held onto the car for the next 18 years until it was discovered by its next owner.

In 1978, 16/001 was purchased by Trevor Needham, a well-known Ginetta racer and restorer. The Ginetta was returned to England where it underwent a complete rebuild. The original Coventry Climax 2 litre engine had been sold previously, so the car was fitted with a period correct Lester Owen BMW M10 2 liter engine. Trevor raced 16/001 in the International Supersports Cup series in Europe from 1992-1997, taking numerous class wins.

The car was then sold to its third, and current, owner in November, 1999. It was shipped to the US where it was mechanically restored. Of the seven original G16s, all still exist. 16/001 is the only one currently racing outside of Europe or the UK.

The Ginetta continued its successful run in the U.S. with many class wins, overall wins, and eduro wins for more than a decade, including 1st overall in the SVRA Enduro Championship. Then the car suffered two shunts, one at Lime Rock Park, and the other at Watkins Glen. After the second shunt at the Glen, it was decided it made more sense, from a safety, competitive, and financial point of view, to replace the frame. The present damage, plus the multiple repairs, and general fatigue from decades of competitive racing had rendered the original frame dangerous, and uncompetitive.

A new frame was constructed exactly as the original, with some changes to make it safer, including door intrusion bars that are removable, and front structure diagonal box sections rather than the original angle iron. The section of the original frame, with the original chassis number, 16/001, stamped into it, was removed from the old frame and incorporated into the new frame at its original location. Photos of that chassis stamping are available upon request. The suspension, engine, gearbox, and other miscellaneous good original bits were stripped from the damaged frame, rebuilt/restored, and reinstalled onto the new frame. Many other new parts were added as well as part of the overall restoration.

Chassis 16/001, the first G16 constructed, was not fitted with a chassis tag from the factory. During its most recent rebuild Tom Walklett, son of one of the Ginetta Car founders, Ivor Walklett, and still involved with Ginetta cars, was asked if he thought it appropriate, given his personal knowledge of the car, its history, and its documented provenance, to issue a Ginetta chassis tag for the car. Mr. Walklett concurred and sent the new Ginetta chassis tag, inscribed “16/001” to be mounted on the car. The tag is now mounted in under the front bodywork, next to the pedal assembly.

As indicated above, the Ginetta’s ownership history is brief and complete. There are only three owners; Art Allen, the U.S. West Coast Ginetta distributor/racer in 1968, Trevor Needham 1978, and the current owner, from November, 1999. The Ginetta comes with multiple historical documents of authenticity including but not limited to the following:

Customs invoice from when Ginetta 16/001 was shipped from Ginetta Cars, Ltd to Art Allen in November, 1968.

Photos of the Ginetta with Art Allen in California, including one with a black and gold California dealer plate mounted to drive the Ginetta on the street.

Photo showing the Ginetta in its early racing trim

Shipping invoice showing the Ginetta going from the U.K. to Newark, New Jersey

The Ginetta has been featured in Victory Lane, Vintage Motorsport, and other magazines. It has raced across the U.S. including the Monterey Historic Automobile Races.

Below are some representative lap times for the Ginetta for comparison purposes.

16/001 is now offered for sale after its most recent comprehensive restoration. It has new bodywork from the original Ginetta molds in the U.K. The plumbing, wiring, fire system, fuel cell, instruments are also new. Engine and gearbox have had recent rebuilds. The car is well sorted, fast and beautiful. It has ownership and racing history from day one, and has proven it is capable of winning in any field of comparable cars here and abroad. We feel it is a genuine bargain at the offered price.

If you are seriously interested in the Ginetta, please contact us. We would be happy to put you in direct contact with the owner. He is a wealth of knowledge about the car (as seen above), its history, its current specification and condition, and how to maximize its performance.