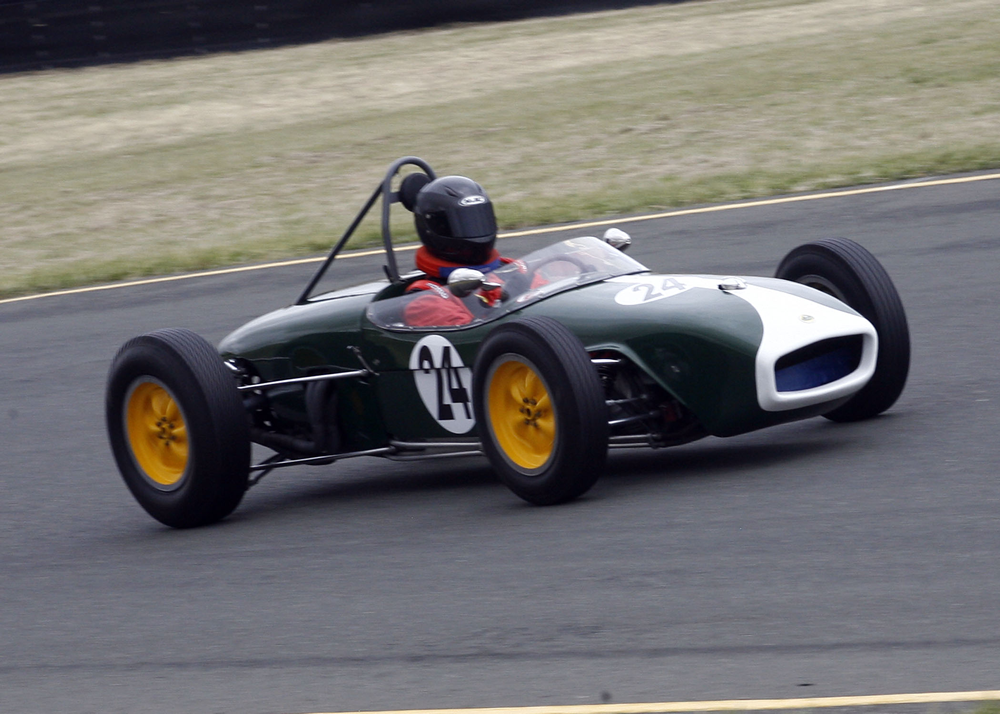 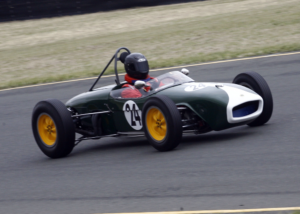 It is probably fair to say that the Lotus 18 is one of the more important cars in Lotus history. The 18 achieved a number of significant firsts for Lotus. Below are some of them.

1.The 18 is the first mid-engined Lotus.

3. The 18 is the first Lotus to win in Formula 1. Innes Ireland won the non-championship Glover Trophy race on April 8, 1960.

5. According to Lotus Cars, Chapman said he regarded the Type 18 as “the first true Formula 1 car he had designed and built, his previous front-engined efforts being merely dabbling.”

7.The Lotus 18 was Jim Clark’s first Formula One car.

The F1 spec 18’s raced with the lightweight magnesium alloy Lotus sequential manual gearbox. These gearboxes were improved for the 18 by Mike Costin by incorporating a dedicated oil scavenge and pressure feed pump.

The Ex-Tony Marsh Lotus 18 offered here, chassis 909, was built by Lotus to its F1/F2 specification. Marsh took delivery of the car in mid-1960. The race results for the car are as follows:

The complete ownership history for chassis 909 is as follows:

The Lotus has a chassis tag on the dash with the number 909 on it. It appears to be a replacement tag. However, the car does have a number stamped on a metal tag that is brazed to the frame on the lower front bulkhead, below the dash and between the driver’s legs. This number, stamping, location, and method of attachment, are all correct for original frame numbers on the Lotus 18’s. The number itself has been scarred over years of use, but may say “R2,” or “H2,” or “F2,” or other. It is hard to discern at this time.

Most recently the Lotus has been raced at premier historic racing events in the U.S., including multiple appearances at the Monterey Historic Automobile Races, and at the SVRA National Championship at Circuit of the Americas, in Texas.

The Lotus is powered by its period correct 1.5 liter, Crosthwaite and Gardiner built, Coventry Climax FPF engine, The engine is mated to the also correct, C&G built, Lotus 5 speed sequential gearbox. The rest of the car is as restored by Cedric Selzer, Jim Clark’s Team Lotus mechanic during the early 1960’s. The Lotus has been maintained in excellent historic racing condition ever since. Spares include a beautiful new box of gears from C&G.

The Lotus comes with current FIA, HTP papers issued in 2013.

We can also assist with shipping.