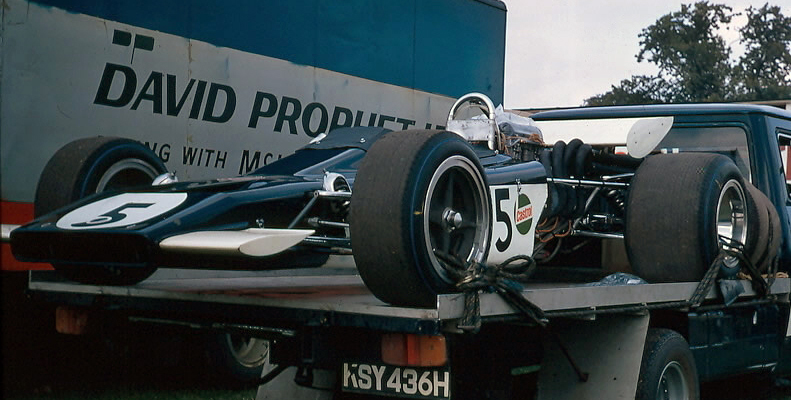 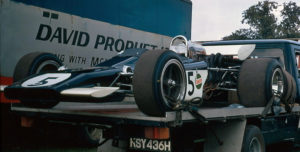 This is ex-Jock Russell Lotus 70 Formula 5000. Jock purchased the car new directly from the Lotus factory. He raced the car from 1970 through 1972 in England. In 1972 the car was damaged in a garage fire. Russell retained the damaged car for another 27 years until 1999 when he sold it to Peter Denty. Peter Denty, and son James, restored the Lotus, including construction of a new tub. They did, however, retain the original tub, which comes with the car. After restoration, the car was successfully raced by James Denty, in both the U.K. and in the United States.

The Lotus last raced at the inaugural Indy Vintage Racing Invitational in 2014.

The Lotus is powered by a fresh 302 cubic inch Ford engine with Webbers, just as it originally raced with in the early 1970’s. The gearbox is a Hewland LG 600 gearbox. The car is in excellent condition.