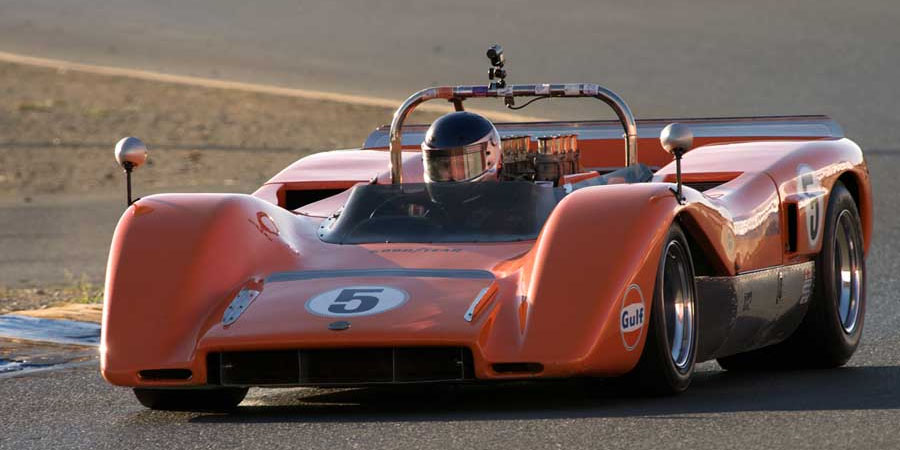 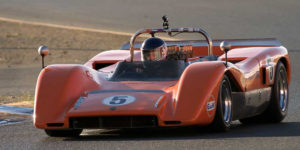 This McLaren M8C was one of three cars constructed for the Ford Motor Company in 1970 for the 1971 season. The car was built by Trojan, builders of the McLaren customer cars. As one might expect, as a Ford factory car this M8C would be racing with a Ford V8 behind the driver in 70-08 instead of the usual Chevy.

Also unusual this McLaren was not headed for the Canadian American Challenge Series. This McLaren would compete in South American sports car and endurance racing. Having already achieved success with racing and the resulting subsequent sales boom from the GT40 Ford victories at Le Mans, Ford was keen to do more racing to open up the South American market. Upon completion McLaren 70-08 was shipped to Argentina to compete in its first race.

According to sources Racing Sports Cars, World Sports Racing Prototype, and Tuto Mclaren, This M8C, chassis number 70-08, was first raced May 9, 1971 in the Campeonato Argentino Sport Prototipo class at Maggiolo. The car was entered by Ford Motor Argentina for driver Carlos Pairetti. Pairetti finished on the podium in 3rd in the car’s first race.

In 1972, McLaren 70-08 was entered by Greek Ford Fabrini for Sergio Mattos. Mattos’ best finish was a 4th at the 1 H. Taruma on May 7th. The last reported race result for Mclaren 70-08 in 1972 was the 500 km at Interlagos. According to Racing Sports Cars, the car was entered again by Greek Ford Fabrini, but this time for Carlos Salatino, who finished 23rd. However, Tuto Mclaren reports that Salatino was driving 70-01 at that race, not 70-08.

In 1973, Mclaren 70-08 was raced by Afonso Giaffone Junior on September 2nd at the Campeonato Brasilleiro Sport Prototipo race at Interlagos. Giaffone did not finish.

Thereafter the racing history of 70-08 is presently unknown. The trail is later picked up when the car was purchased by noted California race car restorer and collector, Phil Reilly. According to the current owner, Reilly acquired the car from Argentina decades ago. The current owner purchased the car directly from Reilly. Somewhere along the way the engine was changed from the Ford V8 to a Chevy. The car currently competes in vintage races in the Chevy configuration, and has been quick enough to sit on the pole in vintage Can Am racing.

Amazingly, McLaren 70-08 still retains its original tub and chassis tag, making it perhaps one of the most original McLaren cars of the era. The McLaren also comes with a Trojan certificate of authenticity. It was last raced in 2015, and is entered to race again in 2016.