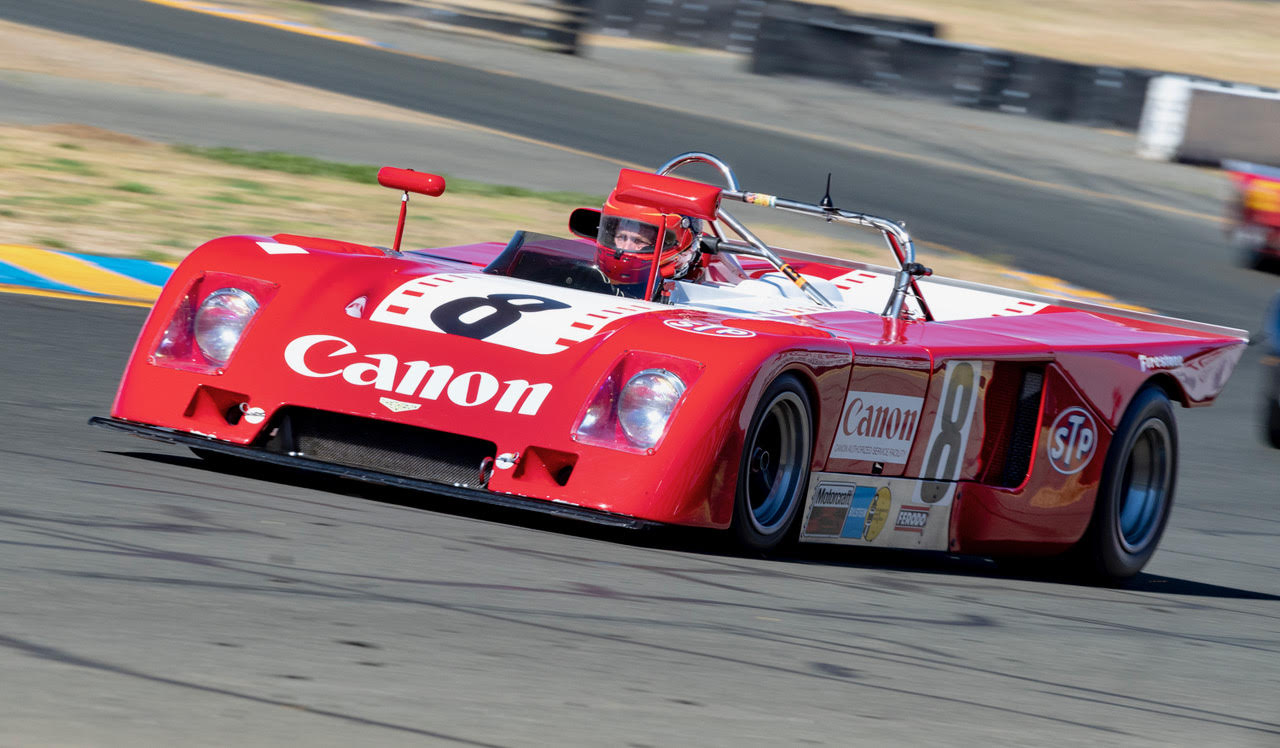 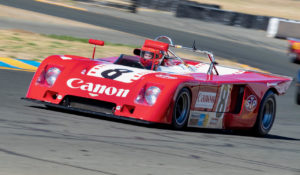 This is a no-excuses, competitive, 2 Liter Chevron B21 sports car, in excellent condition, with binders of historical records and receipts, fresh off its last race at the Monterey Reunion, for a price that is well below market. The owner needs to sell the car in 2019 to take advantage of some tax rules. So this is an amazing opportunity to grab a great car at a phenomenal price, and you can race it tomorrow.

Below is an excerpt from the Allen Brown/OldRacingCars.com historical dossier Mr. Brown prepared for the Chevron. The contents of the entire dossier can be made available to serious buyers.

The Canon Cameras team was managed by Ed Swartz (sic), an Abarth specialist who had only just retired after a highly successful racing career. For the last two years he had raced as apart of a loose -knit team under Canon sponsorship and now planned to manage a two-car team for Canon in the 2 litre sports car championship for 1972. John Burton would stay with the team and was joined by French F2 driver and former ski champion Bob Wollek. The team used Alan Smith’s latest 1900cc version of the Cosworth FVC.

Buton was amongst the quickest 2-litre runners in 1972, but his Chevron B21 could not quite keep up with Arturo Merzerio’s powerful Abarth-Osella nor, when it was working, with the one-off BMW-powered Chevron of Dieter Quester. At the opening round of the championship at Paul Ricard, Burton ran second in Heat 1 and finished third but spun off in Heat 2 while fighting eventual winner Gerard Larousse for the lead. After an unusually poor qualifying performance at Vallelunga, he finished third in heat 1 and then had an in credible run in the heat 2 after early pit stop had left him right at the back. He charged all the way through the field as high as third place and finished the race in that overall position. Now fully fired up, Burton qualified on the  front row at the Salzburgring and won Heat 1 with a series of blistering laps after leader Quester missed a couple of gear changes and gave the Englishman an opening. Burton then ran second to Quester in Heat 2, trying to hold on to his Heat 2 advantage, when his Cosworth FVC expired with a bang. He was on the front row again ad Dijon, behind Merzario and the Chevrolet-powered Chevron B21 of John Hine, and finished that race fourth. After taking third place one the grid once again at Silverstone, Burton fluffed the start but after another sterling drive, took second place in Heat 1. He took the lead in Heat 2, but the rain got into his electrics and he lost a lot of time in the pits, eventually to be classified fifth. Remarkably he was third yet again in practice at the Nurburgring in September and led from the start. Nurburgring specialist Vic Elford got past him but retired, leaving Burton to another heat win. He led again in Heat 2 but his long-overdue first race victory was snatched away when the Chevron’s fuel metering unit sized (sic).

Burton then had time to take in a 100-mile national race at Thruxton, where he lapped all but one of his opponents and smashed the GT lap record by over seven second. Had he not had so many slower GTs to pick his way past, he might have come close to the overall lap record. Having established that he could win a race after all, Burton arrived at Montjuich Park for the final round of the 2-litre series still with a chance of second place in the championship behind Merzario. He lost a lot of time in practice so only qualified in sixth place but made a great start round the outside to slot into second place behind the Abarth-0sella. When the Italian retired, Burton led with Merzario’s team mate Toine Hezemans looming large in his mirrors, until a slow puncture forced the Chevron to stop for  tyres. Hezemans went into the lead but immediately his engine blew so Burton could emerge from the pits on fresh tyres now leading by over a lap. He stopped again later for more fuel but still led and when the two Lolas behind him decided to hold position because they realized they would score enough point to win the constructors’ title for Lola – only to crash into each other and hand the title to Abarth-Osella! – Burton’s victory was secure.”

After the 1972 season, Brown reports that the B21 went to multiple different teams, and competed in numerous races. The rest of this history is fully detailed in the complete Allen Brown/Old Racing Cars dossier.

Below is B21 72-12A’s list of owners, as prepared by Brown, in chronological order.

The Chevron is currently powered by a 2 liter Cosworth BDG, driven through its Hewland gearbox. Both the engine and gearbox have only 5 hours on them. The dyno sheets are available.

The Chevron also comes with three large binders of documents, and one smaller one. The documents, and photos, contained in the binders depict the car at different points in its history, and provide substantial details of the high quality restoration undertaken in 2014-2015. They also document the car’s current competitive setup. These binders are impressive, and important, to any future owner.