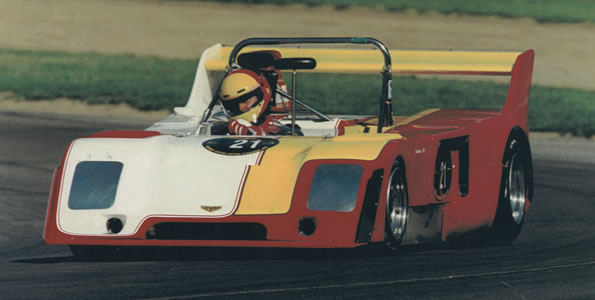 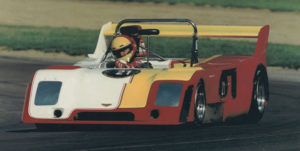 In 1973, and 1974, John Watson and Ian Scheckter raced this works Chevron B26 in the South African Springbok Series. The car finished second in the series. After Springbok, the car was raced in Europe by John Lepp with factory support. From 1974 through 1981, B26-02 was actively campaigned throughout Britain and Europe with multiple drivers.

Since the early 1990’s the car has been campaigned in historic racing events. It has achieved multiple lap records, class wins, and overall victories in Europe at the hands of Richard Evans. After a very successful European career, the car was shipped to the U.S., where it continues its winning tradition on American circuits.

FIA papers were issued for B26-02 by the RAC in 1991. The ownership history of this car is complete up to the present day.

The B26 is powered by a 1994 c.c. alloy block, Cosworth Ford BDG with Lucas mechanical injection. Power is transmitted through a Hewland FG 400, five speed, gearbox. Brakes are AP, four pot, ventilated discs.

The car was comprehensively restored in the late 1990’s when it arrived in the U.S. Every nut, bolt, and rivet were replaced. The car has raced in only a few events since its rebuild.
This powerful, successful, sports racer still retains its original chassis tag from Chevron. It has received its annual winter freshening, and is race ready for this season.

This is one of the finest, front running, Chevron sports racers available. As a works car it was piloted by future Formula One race winner and Championship runner up, John Watson. It was also driven by up-and-coming South African star, and fellow F1 racer, Ian Schecter. After its initial successes, Chevron B26-02 has continued to set lap records and win races on multiple continents.

This historic car is now available for its next successful season.