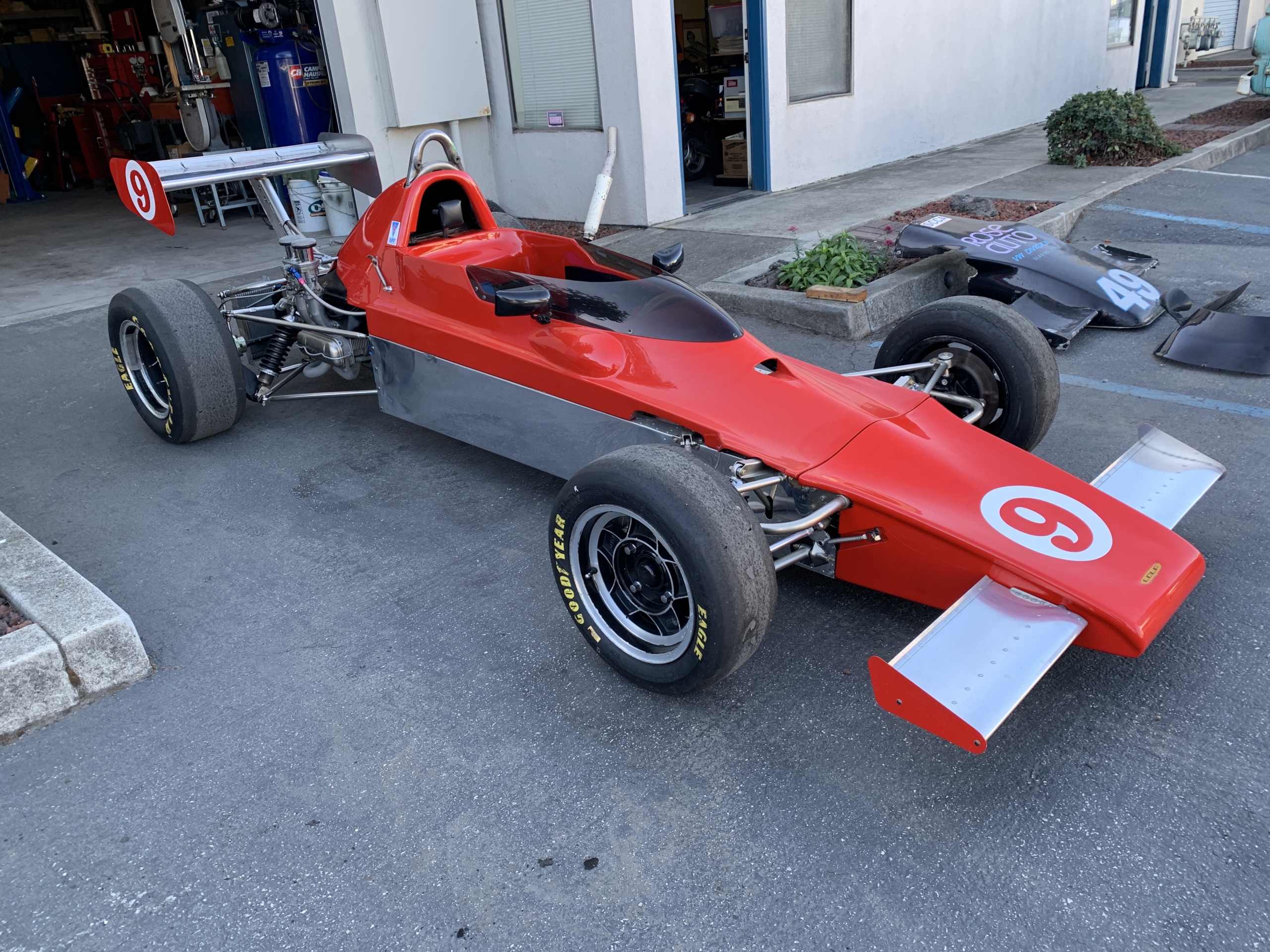 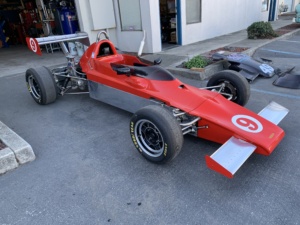 The Lola T328 was one of the most successful of the air cooled Super Vees. The 328 model won both the SCCA National Champions with Bob Lazier, and the VW-Castrol European Super Vee Championship in the hands of Arie Luyendijk. Lola Heritage: T328 Super Vee

This particular 328 is chassis number HU 91. All owners are known:

The Lola has been the subject of a meticulous ground up restoration by the current owner, who is a race car machinist and fabricator. It is truly a labor of love. Below is a list of just some of the work that has been done to the car.

The tub was stripped and polished. The brake calipers and master cylinders were all rebuilt. The car has new seat belts (good to 2025), fire system, etc. All suspension has been crack tested and cadmium plated as was done originally by the Lola factory.  New shocks, all new rod ends. All new Aeroquip hoses, fittings, etc. New Smiths gauges and Momo steering wheel. The CV joints are also new. All new wheel bearings.

The roll bar also has updated with removable forward bracing to comply with current SCCA regulations. So the car can be raced in both historic races and current SCCA.  The pedal box has also been reinforced to add structural rigidity to the front end, and safety for the driver’s feet. The 2016 fuel cell was removed, pressure tested, and reinstalled.

Spares include two sets of wheels, one painted and one polished. The Lola comes with a spare “chisel nose” and a sports car nose. It also comes with a spare rear wing and wing mount. Also included will be boxes of engine components, including carbs, manifolds, and original “Bertils” cast valve covers. There are also additional Carrera adjustable shocks.

Upon completion of the restoration, the Lola was sent to Nick Slade Racing Services, where the car received a comprehensive chassis set up and alignment. It is ready to go.

This is one of the prettiest, and fastest, air cooled Super Vees even constructed. They are also easy, and inexpensive, cars to maintain. They have become accepted with virtually every vintage racing organization. They raced worldwide in period and do so today in historic racing. Another plus is that the Lola also accommodates larger drivers, unlike many formula cars.

Want to get started in vintage racing, and with a fabulous looking formula racing car? Want to step up from Formula Ford? Try this Lola, or any Super Vee for that matter. More speed for the same budget, or less, than a Formula Ford. Both historic and SCCA eligible, so lots of track time and racing opportunities ahead for this car.