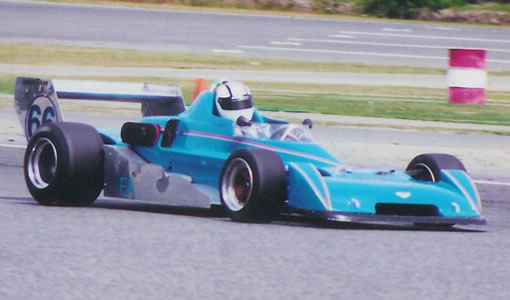 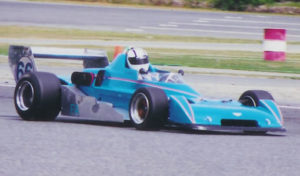 This Chevron has been raced in the Pacific Northwest of the U.S. since new. It was originally imported by well known race car driver and later team owner, Pierre Phillips, and raced by his son. The car comes with its original log book showing a total of 28 races. The car was last raced in July, 2003.

This is a quick, very reliable, Formula Atlantic in very good condition. The Cosworth BDA engine has been rebuilt with $6,500 in new parts installed. It has zero hours on it. The Hewland FT-200 gearbox has also been gone through and has zero races on it. The car also has new aluminum on the side pods, rear wing and endplates.

This car is a fantastic bargain for anyone wishing to race historic Formula Atlantic. This is not a project car, but one that has already been restored, raced, and now has a rebuilt engine and gearbox ready to go. The car does need a going over to freshen the fluids and systems, but that is something one would normally do anyway when acquiring a new car. It also comes with mounted rains and gear sets to keep you competitive at the different tracks and under changing conditions.

This is a complete set up, ready to go. The Chevron is being sold for this price only because of the owner’s current health issues. This is a great opportunity. You won’t find a competitive Formula Atlantic car in this condition, with full history and original chassis tag, at anywhere near this price anywhere. Buy the car, race it, enjoy it, and later sell it at a price likely substantially above what you are paying for it here. Outside of getting paid to drive, it doesn’t get a whole lot better than this.