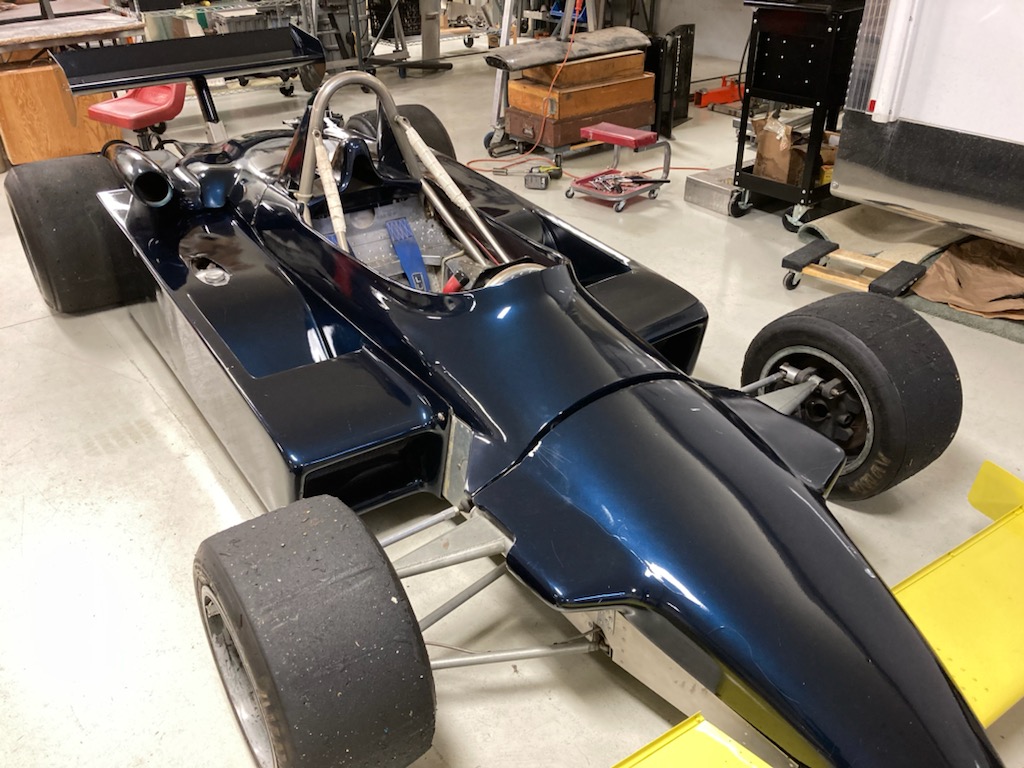 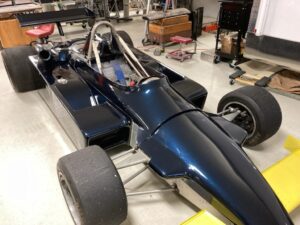 According to the owner’s review of the considerable documents with the RT4, a recent physical inspection of the Ralt by 1983 SCCA National Formula Atlantic Champion, Riley Hopkins, and conversations with 1983 car owner Jon Norman, this is the Ralt with which Hopkins won the SCCA National Championship Runoffs at Road Atlanta in 1983.

The period log book with the car shows Hopkin’s signature on the entry for his 1983 SCCA Runoffs victory. The logbook also states the car’s chassis number as 310, even though the car’s original chassis tag is no longer on the tub. Having said that, the AM number is on the front bulkhead, and it shows AM/82/219.

However, before Riley Hopkins raced chassis RT4-310 to the SCCA National Championship, Ralt RT4-310 had already accomplished a great deal.

Starting in April, 1983, Jon Norman entered RT4-310 in the North American Formula Mondial Championship for Formula Atlantic cars. Dan Marvin was his driver. Marvin then raced RT4-310 to finish 3rd in the final Formula Mondial standings behind Michael Andretti and Roberto Moreno. However, that is still not the whole story of RT4-310

1983 was also the birth of the new WCAR (“West Coast Atlantic Racing”) Series. The series consisted of several races, the first of which was held at Seattle June 26, 1983. Marvin and RT4-310 won that inaugural WCAR race. Marvin then went on to finish high enough in the remaining WCAR races to capture the first WCAR Championship! He would repeat this feat in a different RT4 the following year.

It is not certain at this point if Marvin drove RT4-310 for all of the WCAR races in 1983. While it is logistically possible that he could have, the last WCAR race was at Sears Point on October 9, 1983. The Runoffs in Atlanta, Georgia were held the weekend of October 21-23, 1983. So while it is possible that RT4-310 ran the final WCAR race at Sears Point, and then was rushed off to Atlanta for Hopkins to race, current thinking is that Marvin likely used what would become his 1984 season car, RT4-317, to complete the WCAR season. More research would need to be done to confirm either way.

Additional records with the Ralt indicate that the car ran in 38 events from 1983 to June of 1989, and that the car has been stored since.

Between January 1988, and June 1989, a new Hasselgren Cosworth engine was installed (4 bolt exhaust head). However, the installation was not completed. It appears the engine engine was just placed in the car to facilitate rolling the car around for storage purposes. It also appears the engine has not been run since being built as the piston tops are still clean and the assembly lube is still visible on the cam lobes.

By August of 1989, the gearbox had also received a refresh. A new ring and pinion was installed along with a new pinion bearing, all new gears and dog rings, new inner and outer tracks, and chicklets. New dog rings were also installed.

The car is complete except for the starter motor.

Extra parts include one pair of front wings, and a complete stainless exhaust system with stepped headers and muffler. Also included are two Jongbloed front wheels that have March centers but the Ralt centers are also included. Several BBS rim halves are also included.

The Ralt’s overall condition is represented as very good except for the sitting for the past 33 years.

The car comes with log books from 1983, many receipts, race information, and many period photos.

As mentioned above, there is no chassis tag. However, the AM chassis number on the front bulkhead shows AM/82/219. The 1983 log book, with Hopkins’ signed entry for the 1983 Runoffs, shows the chassis number as RT4-310.

These Ralt RT4 Formula Atlantics are now the front-running car to have in Masters Formula Atlantic Plus, CSRG, SVRA, and many other series. It is a great entry for all of those groups, especially with its Championship history. We think it is worth the further investment of time and money, and at this price point, it can pencil out to be an excellent car at a value price. It is also a great filler project for a prep shop to either run for a client, or later sell.  Lots of options here.