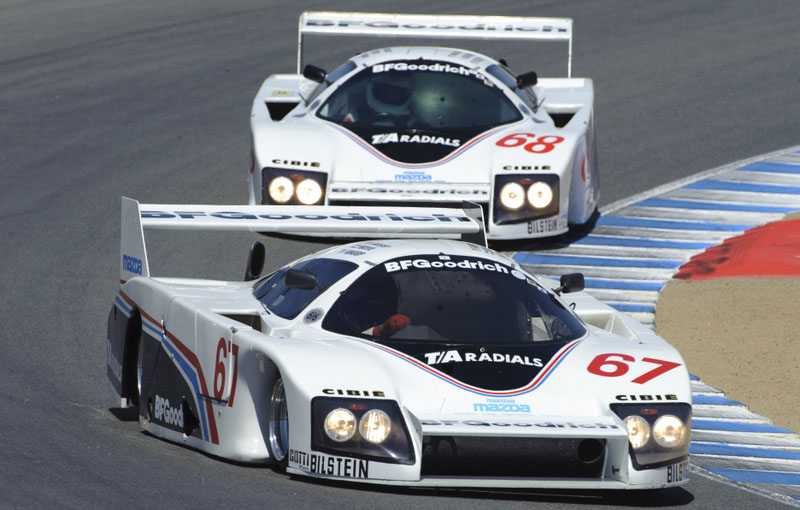 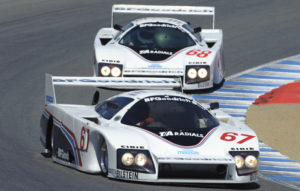 The Lola T616 race cars made motorsports history in 1984 when BF Goodrich/Jim Busby Racing scored a 24 Hour of Le Mans C2 class win with their 300 h.p. Mazda rotary powered Lola. The two lightweight Lola team cars outlasted the competitors to come home 1st and 3rd in the C2 group. Car 68, driven by Americans John Morton and John O’Steen, with Japanese driver Hoshami Katayama, took first in class while Car 67, piloted by American Jim Busby and Rick Knoop, as well as Dutchman Boy Hayje, placed third in class. Prior to Le Mans, Car 67 also claimed its own victory. This time it was at the 1,000 k.m. race at Monza, driven by Jim Busby and Rick Knoop.

Thereafter the Lolas lay quiet for almost 20 year until Jim Busby and Rick Knoop reacquired and restored the cars in 2003. Both T616’s benefited from full, tub up, restorations. Since then the cars have raced at many historic racing events, including the 2004 Road & Track U.S. Sports Car Invitational, the 2005 Goodwood Festival of Speed, and the Monterey Historics and Reunion races from 2004 onward.

The Lolas are powered by naturally aspirated, fuel injected, 1.3 liter Mazda 13B rotary engines with MSD ignition. The engines have low time on them. Power is driven through Hewland 5 speed transaxles. Wheels are Gotti. The brakes are AP calipers with new rotors.

Both cars have new fire systems, as well as their original system which are now for authenticity/display only. The cars are equipped with on-board air jacks for quick tire changes. Seat belts are Willans.

The spares are substantial. They include a spare set of wheels and tires for each car. Also included are two spare noses, roof bodywork, rear deck/engine cover, a side panel, and a spare door.

One of the original team engines comes with the cars as well as a second back up engine which has slightly low compression, and should probably be rebuilt. Other spare engines pieces come with the cars too. A substantially complete, but partially disassembled, Hewland gearbox with adapter housing is also included.