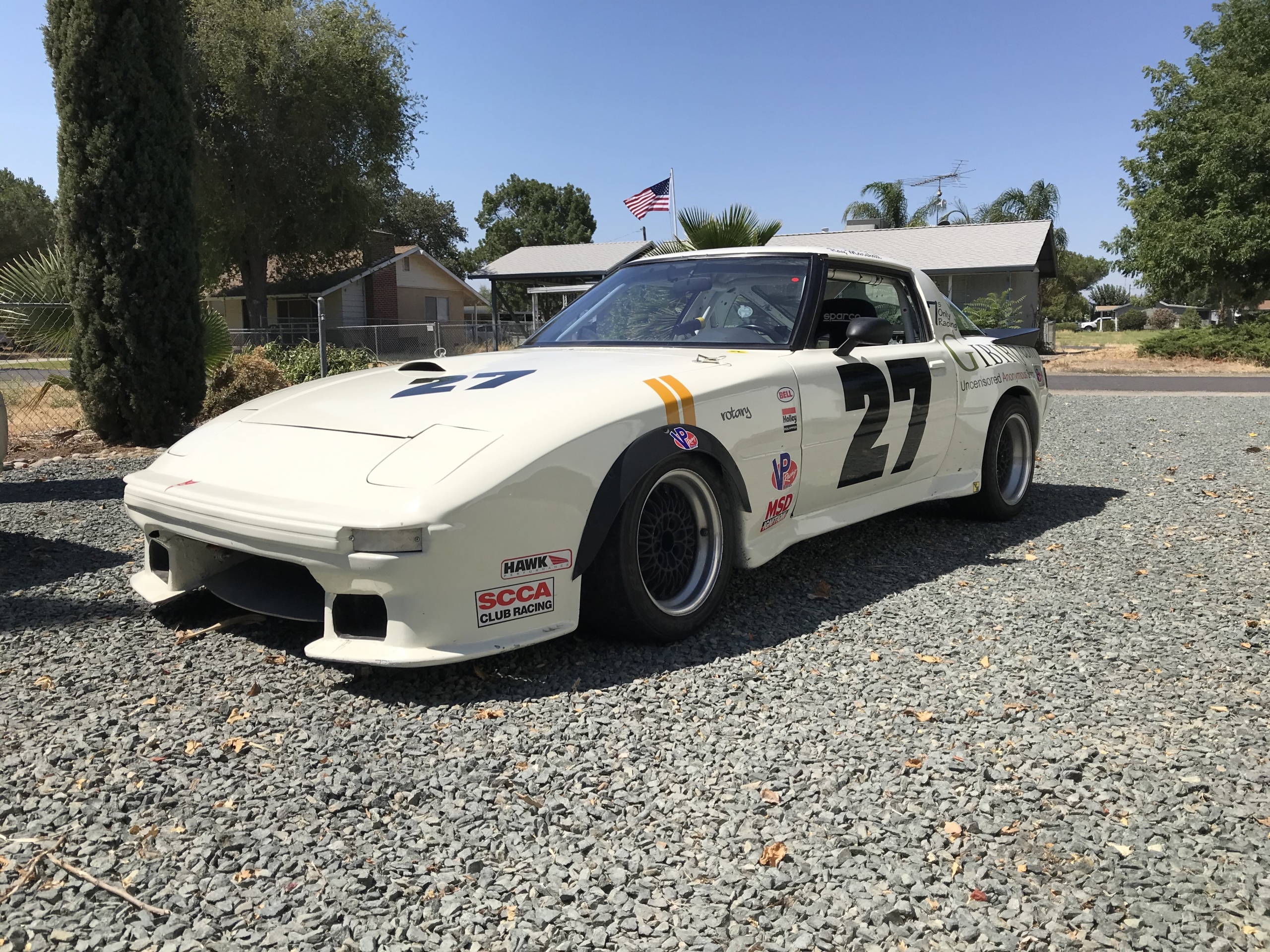 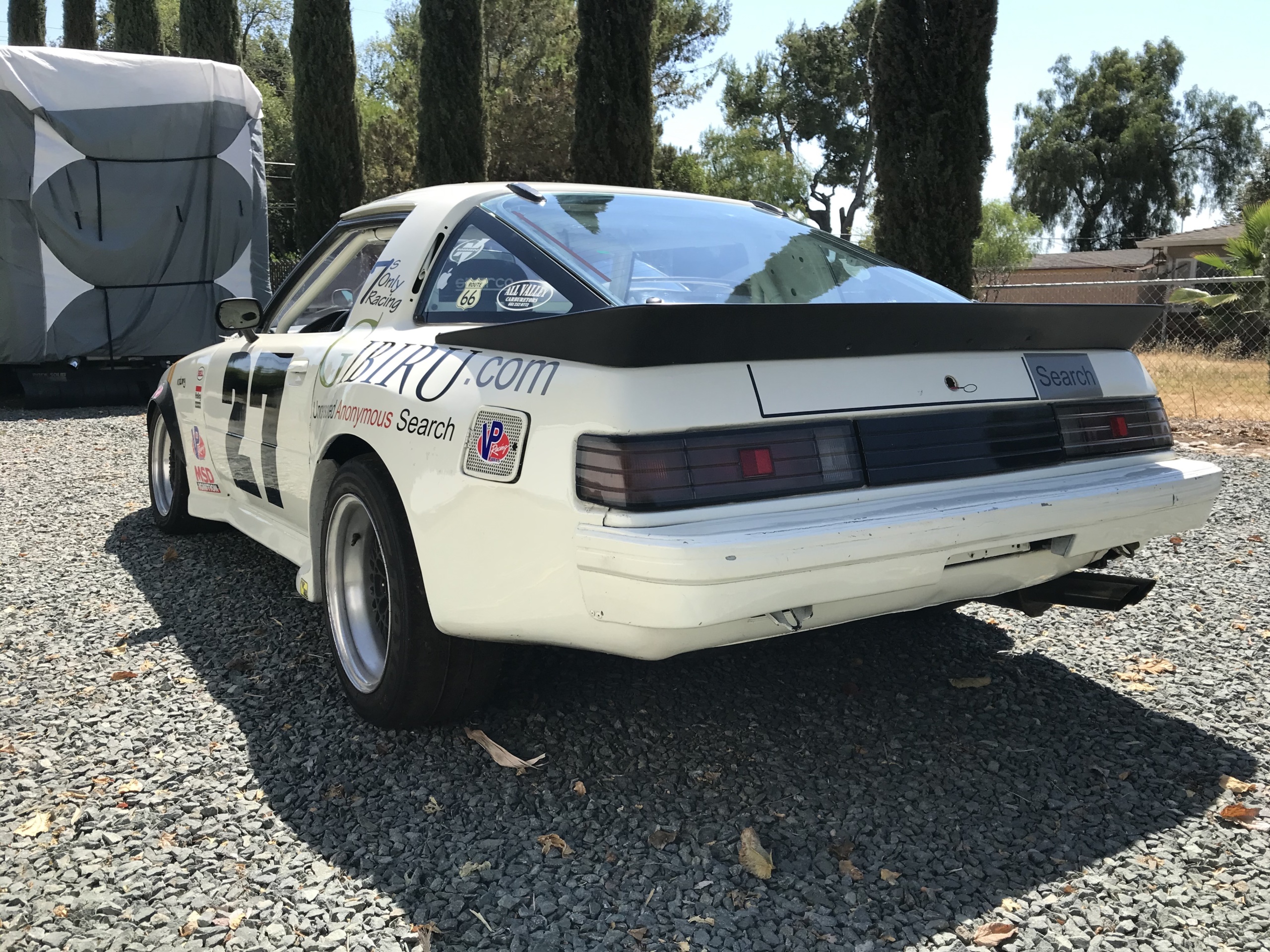 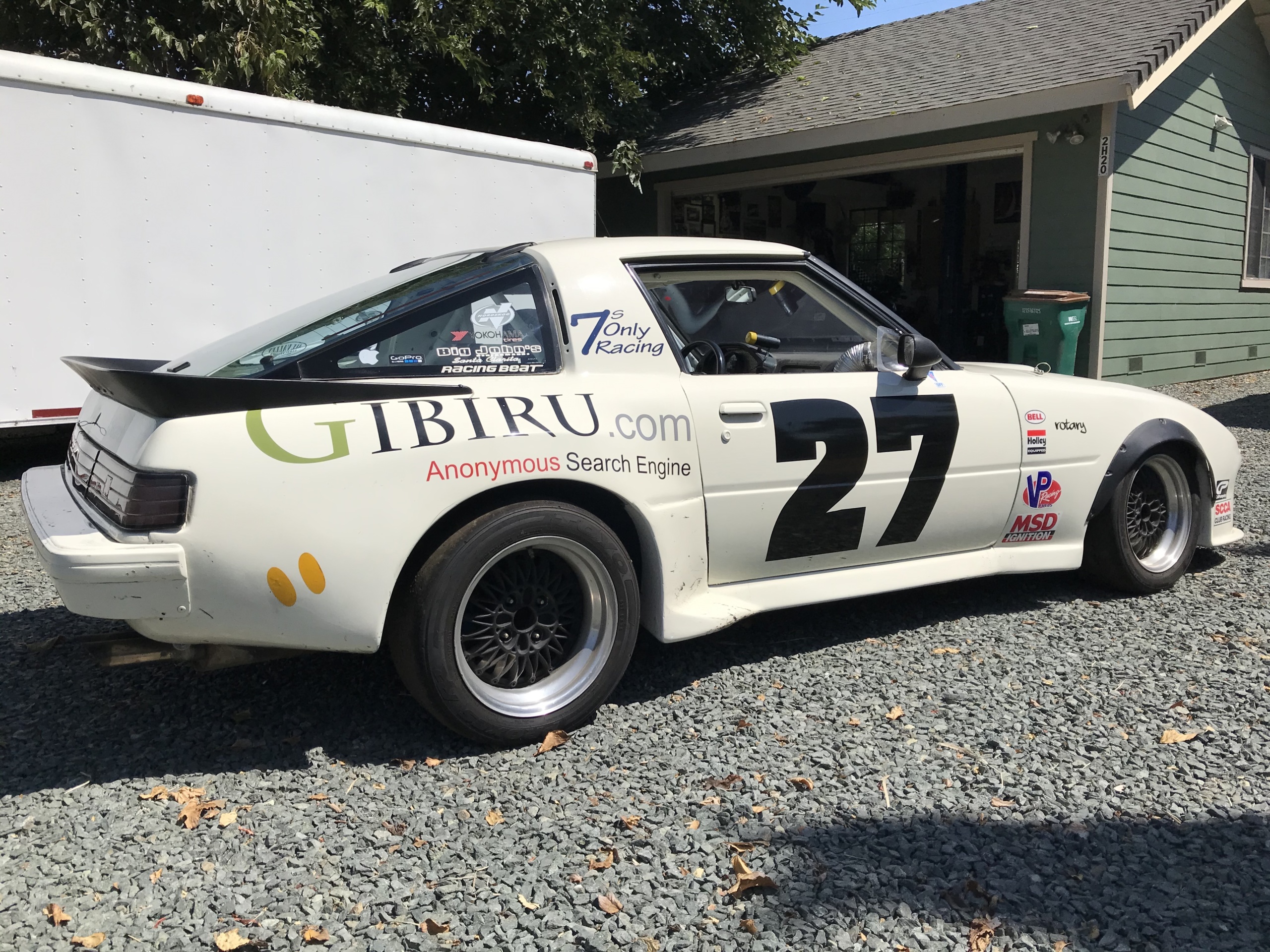 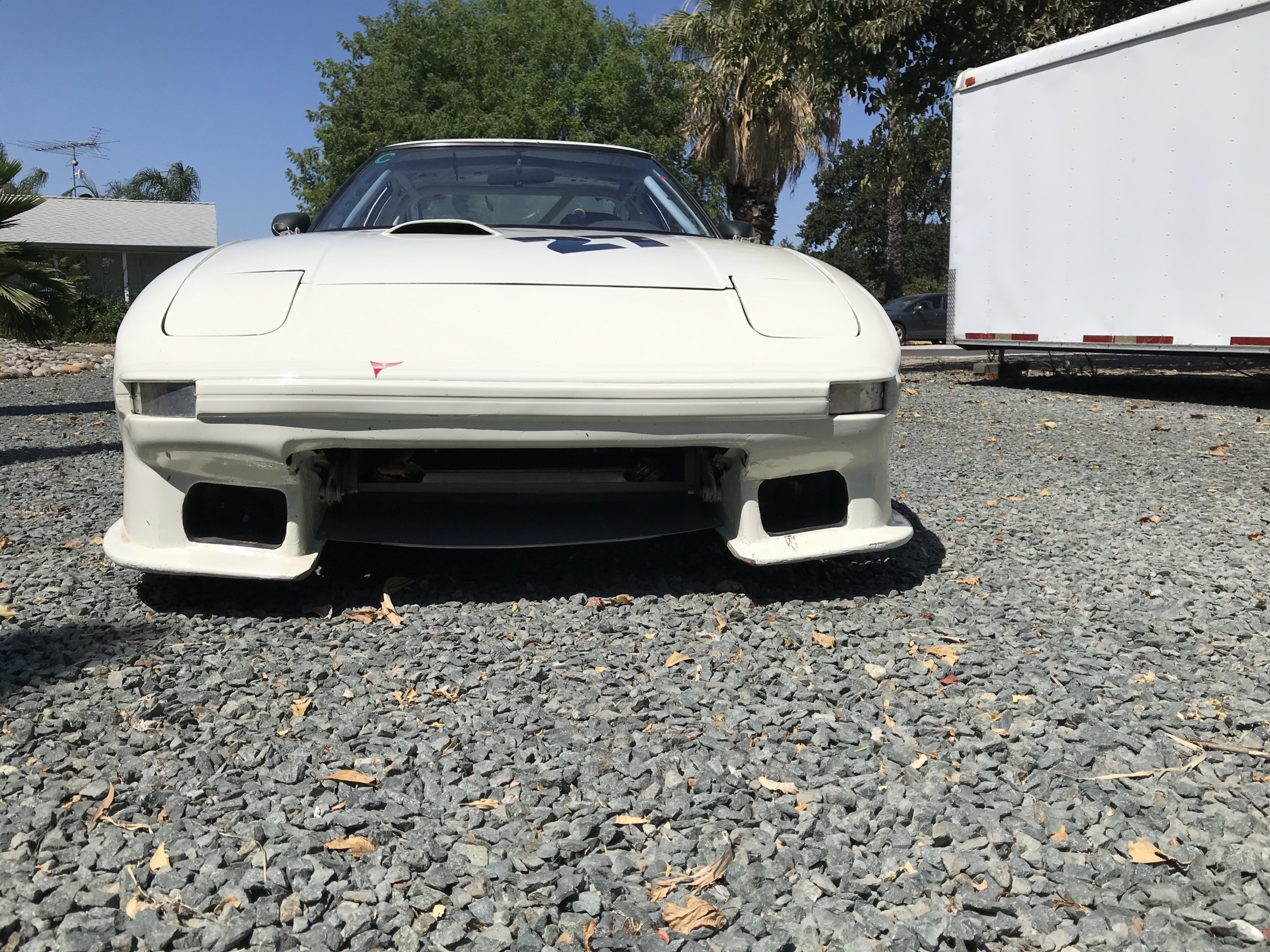 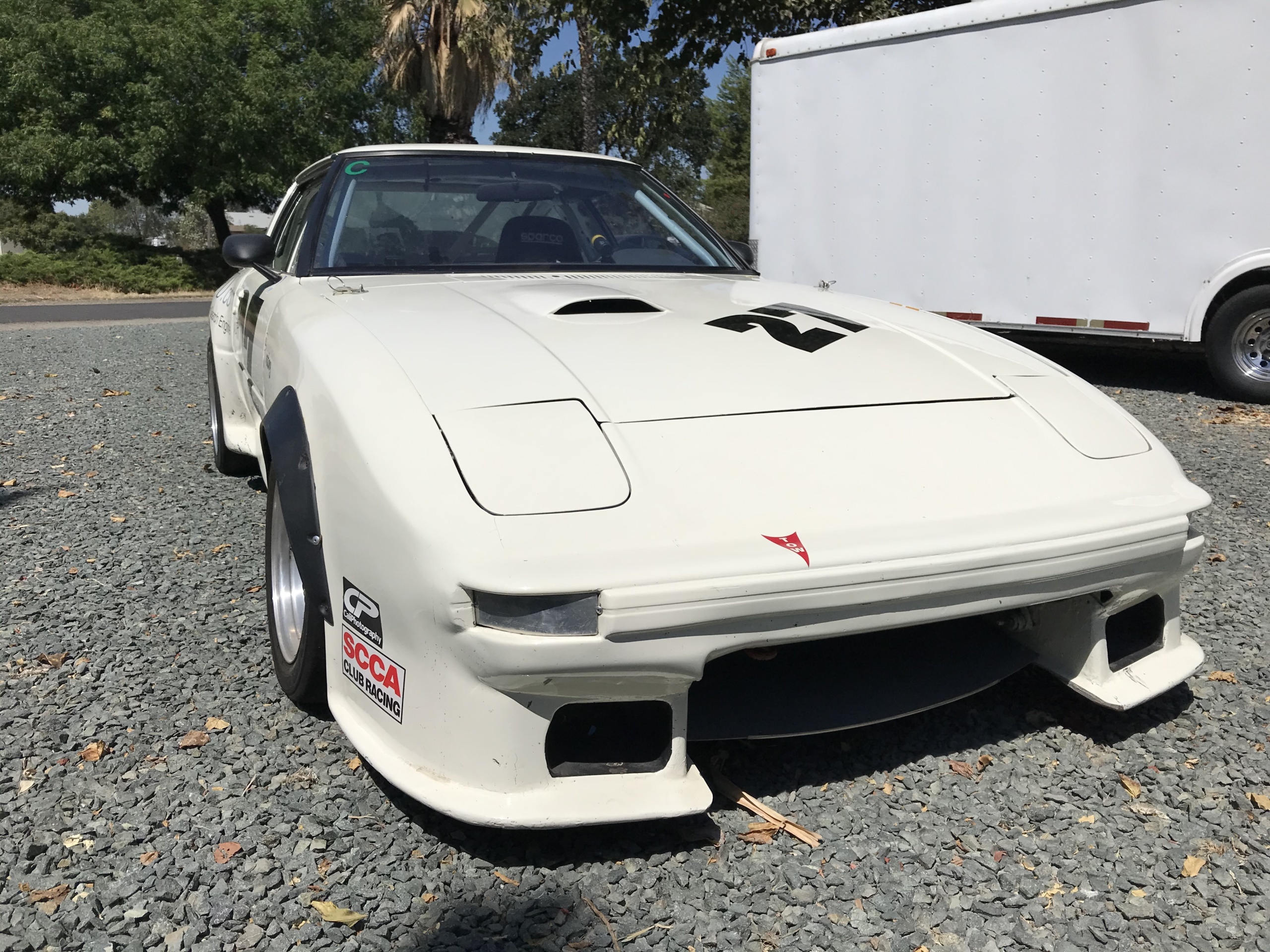 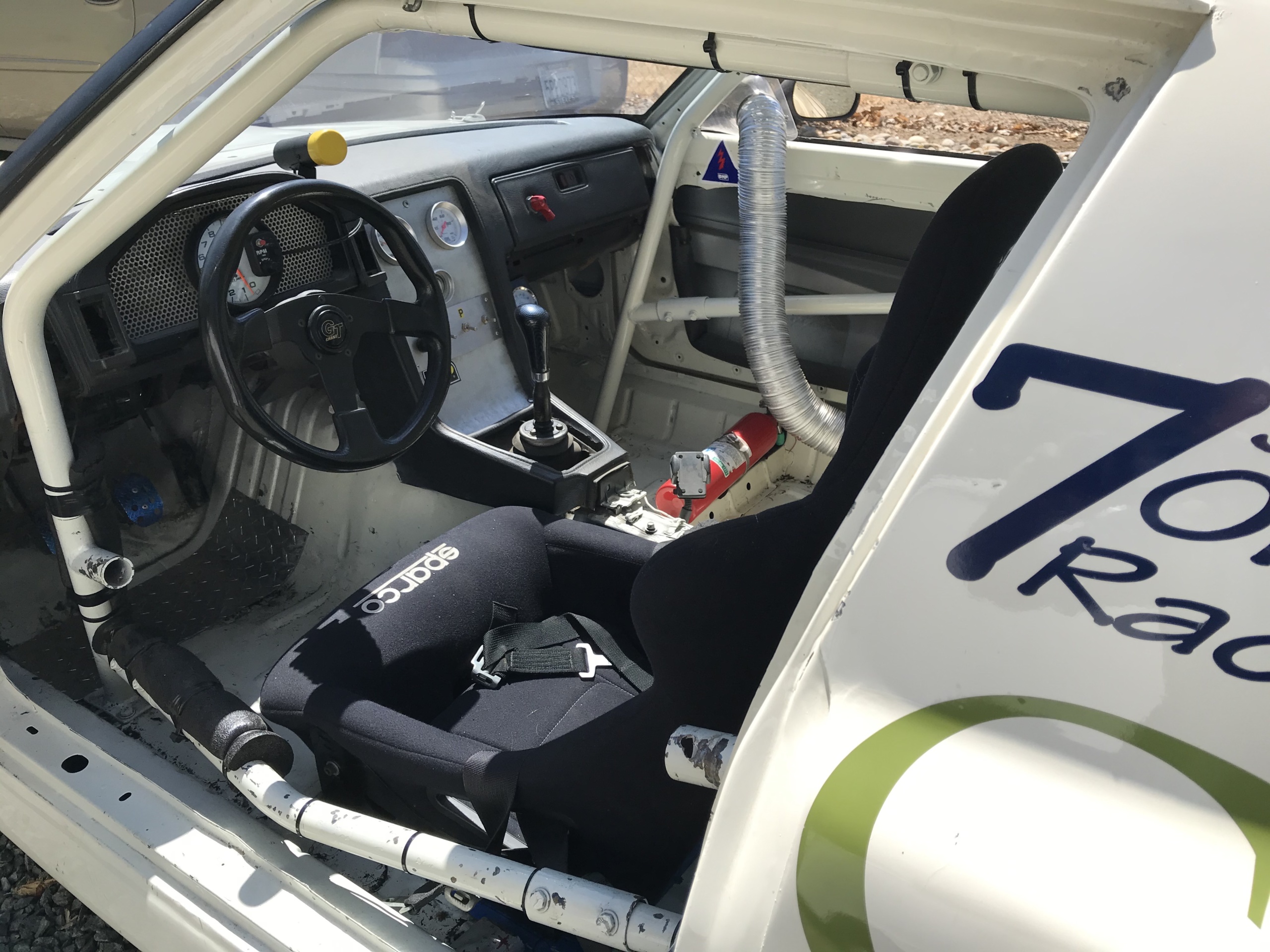 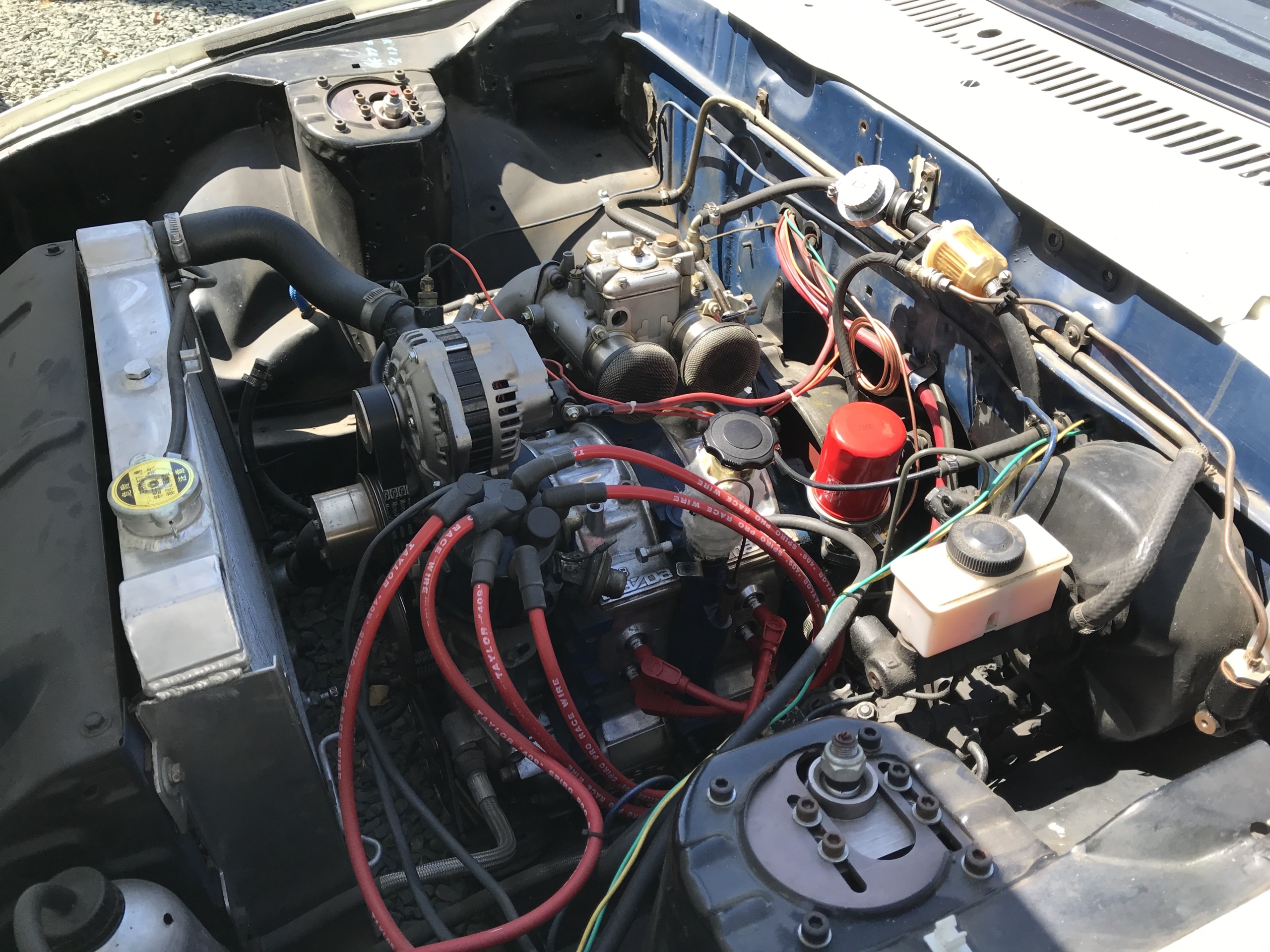 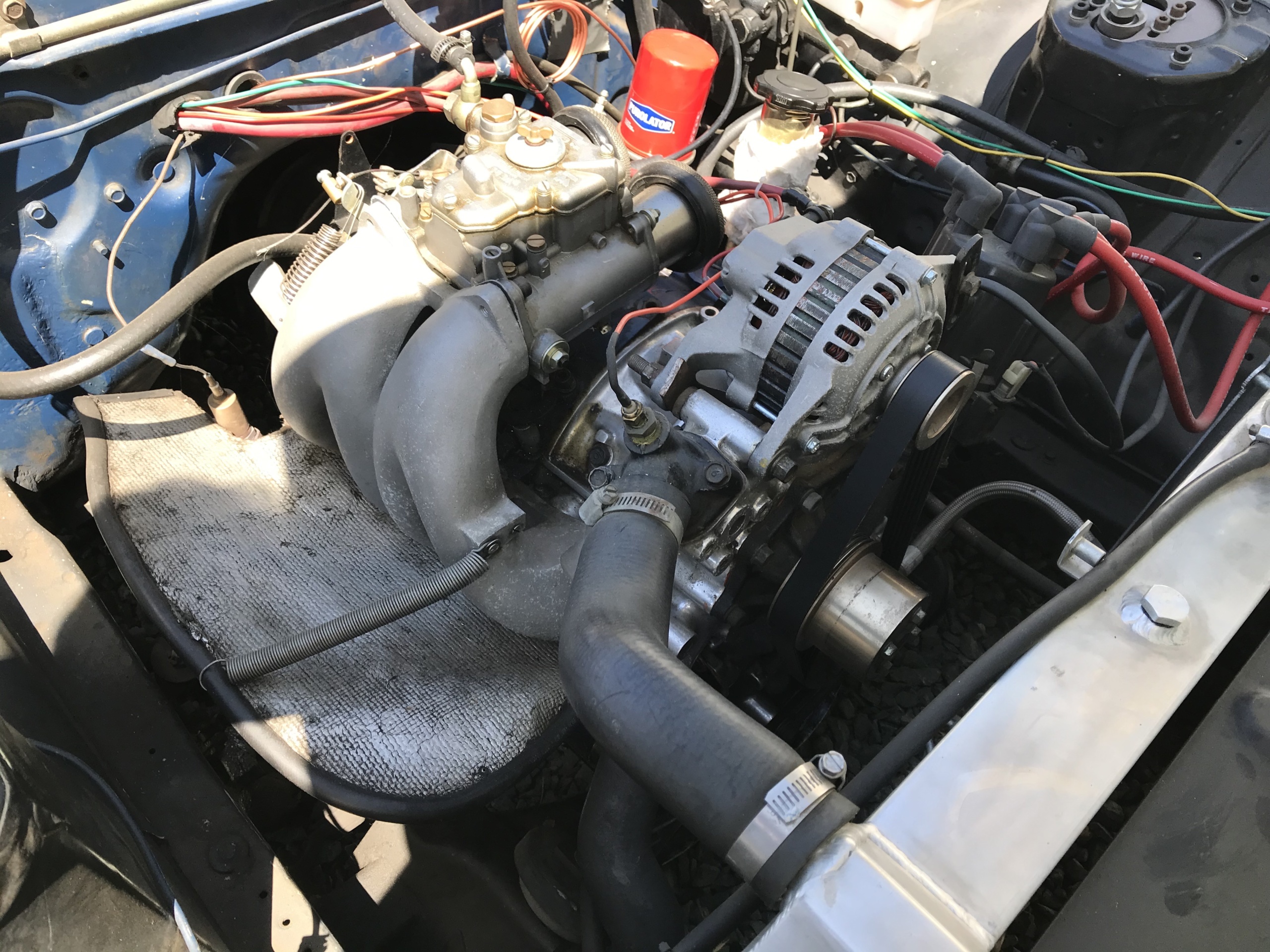 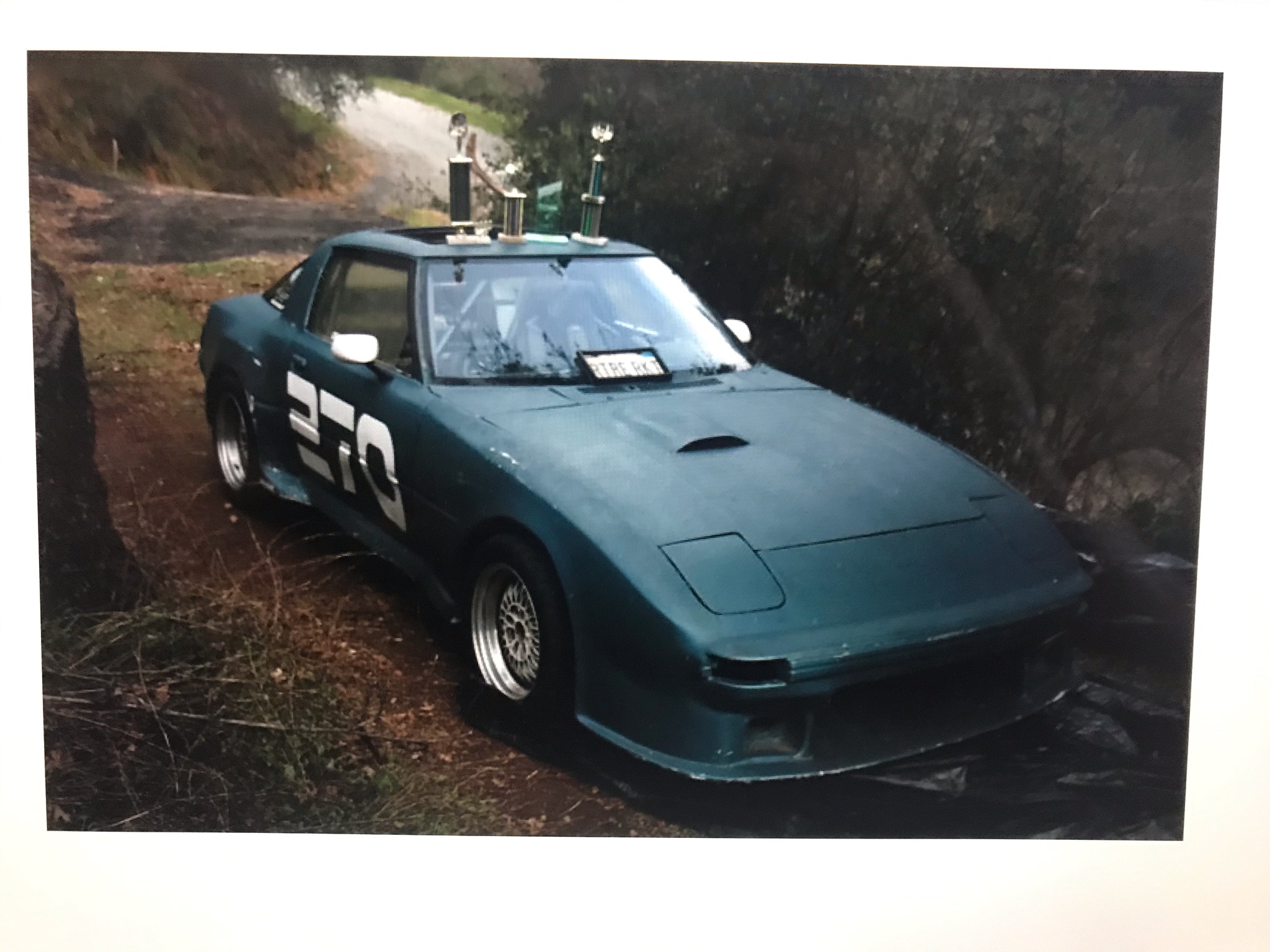 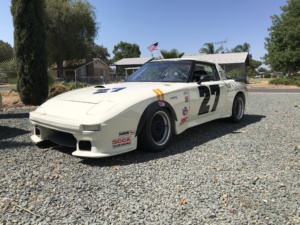 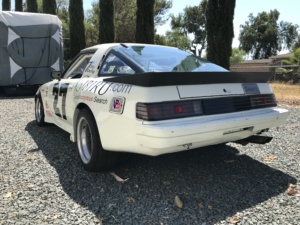 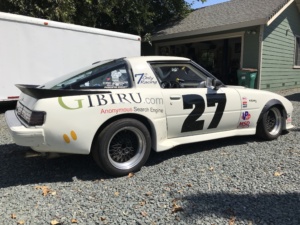 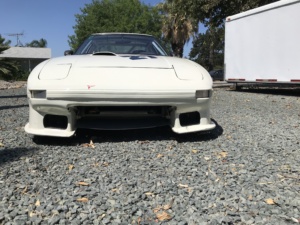 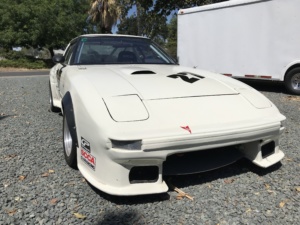 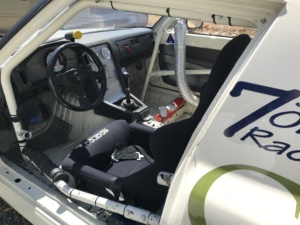 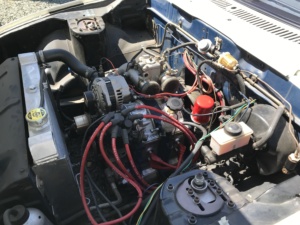 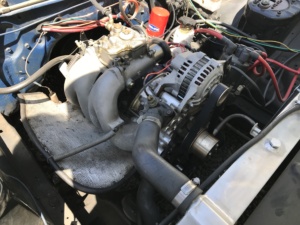 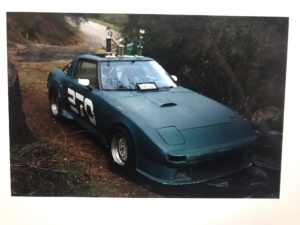 1985, Generation one, Wide Body Mazda RX7, 13B, with Turbo 2. 5 speed transmission. Coil over suspension. The road racing suspension was prepared and set up by Sevens Only Racing at the Buttonwillow race track in California. The engine dynode at 175 hp. Reportedly the receipts for the Sevens Only work totals more than $4,000.00, however, the receipts have not been located at this time.

The little history that has been provided is that the car was used for drag racing at some point in its past. See the photo of the car in blue with racing trophies. However, we do not have access to the trophies to see what events they were for and when. We have a statement from a prior owner

Having said that, we think it would be rather odd to put a Mazda road racing body package on a drag racing car. We also think the patina on the car when it was blue looks more like that seen on a road racing car than a drag car. But that is just our speculation. The car does remain a bit of a mystery. What we do know is the car does not come with any log books or racing records. It needs to have a fuel cell installed, and the seat belts renewed/replaced.

The Mazda has a new radiator, and a new upgraded alternator. The car also has a a new new fuel pump, new brake pads, and a new battery.

The Mazda comes with a set of 205-5015 Hoosiers with only two heat cycles. Also a set of four triple eights with rims.

This RX7 is a great, inexpensive to own, and inexpensive to run, track day car. It could be updated to run in SCCA in Improved Touring. It can also qualify for E-Production. It can race with NASA. It can be auto-crossed. Of course it can also be drag raced. So there are many uses for this great looking Mazda. You pick the one.