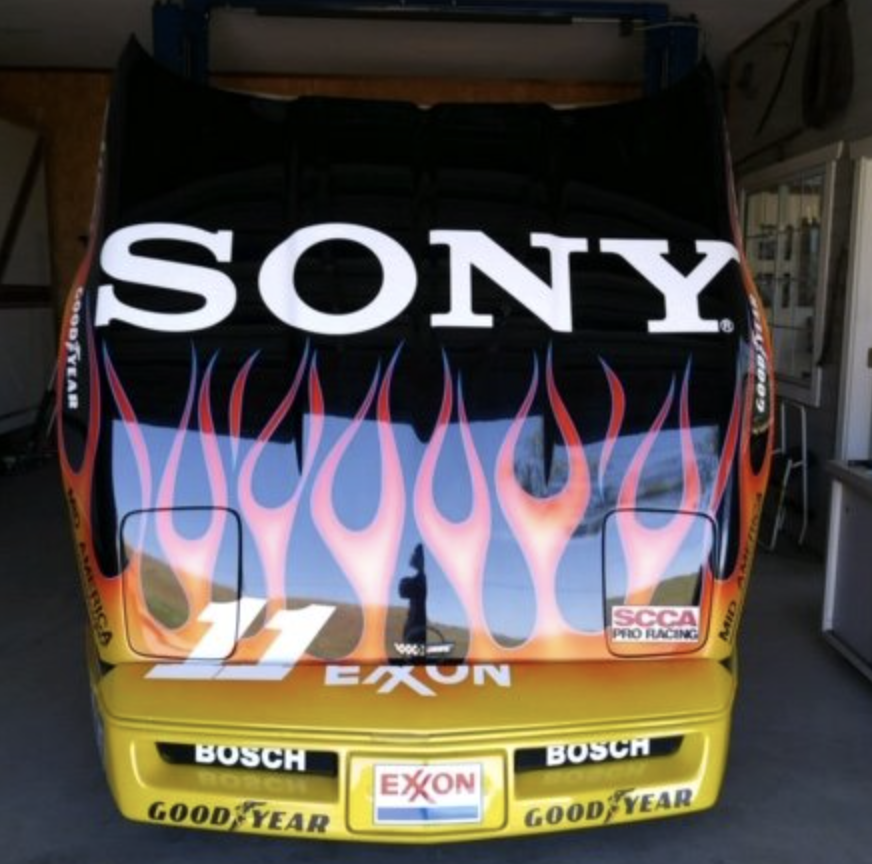 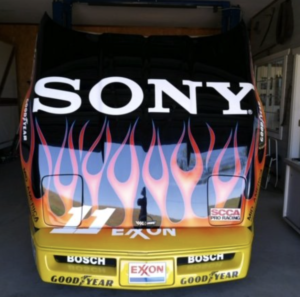 From 1985 to 1987, Corvette dominated the SCCA Playboy and Escort Endurance Championship series. That overwhelming success against the Porsches and other makes got the Corvettes banned. So for 1988 and 1989 Corvette had to create their own racing series, and what a series it was.

For an excellent summary of the Corvette Challenge Series, please see the Hagerty article entitled: When the C4 Corvette was banned for being too good, it had to create its own series”

This Corvette was originally delivered through Valley Chevrolet in Wilkes-Barre, Pa. The first owner was Peter Lockhart Racing in Toronto, Canada. The car was part of a two car team sponsored by Sony. The other team car was the Sony #10, driven by Boris Said.

The Corvette Challenge race cars were modified for the series. Their original engines were substituted out at Powell Motorsports in Wixom, Michigan with engines specifically built for the Challenge cars by the Flint engine plant and tuned for equal performance by Specialized Vehicles, Inc. in Troy, Michigan. When the Challenge Series ended, some of the sealed race engines were replaced with the cars’ original engines, but not all. This #11 car still has its original factory racing engine.

The #11 Sony car was highly successful. Peter Lockhart and the Corvette finished second in the Championship. They won at Toronto. They won at Mosport. They finished second at Sears Point and third at Des Moines and at the Meadowlands. For more racing results, please go to ShowYourCorvette – Peter Lockhart Race Results. To see period, and current photos of the car, please go to ShowYourCorvett – Photo Gallery

The #11 Sony car was awarded the first NCRS Challenge Car award in July of 2009.

The car comes with full documentation from day one.

These Corvette Challenge cars are part of Corvette racing and promotional history. This is one of the most successful of that very limited run of Corvettes, still in its famous Sony livery.

If you are a Corvette collector or fan (we qualify having owned a number of them) this is a very inexpensive ticket right now into the Corvette factory racing fraternity. These cars qualify with many vintage racing groups, including SVRA, and can be raced nationwide. Of course the are very popular at cars shows and gathering of Corvettes, and certainly any Cars & Coffee.  They are also great track day cars.

Corvette factory racing history and thrills for only $50,000.