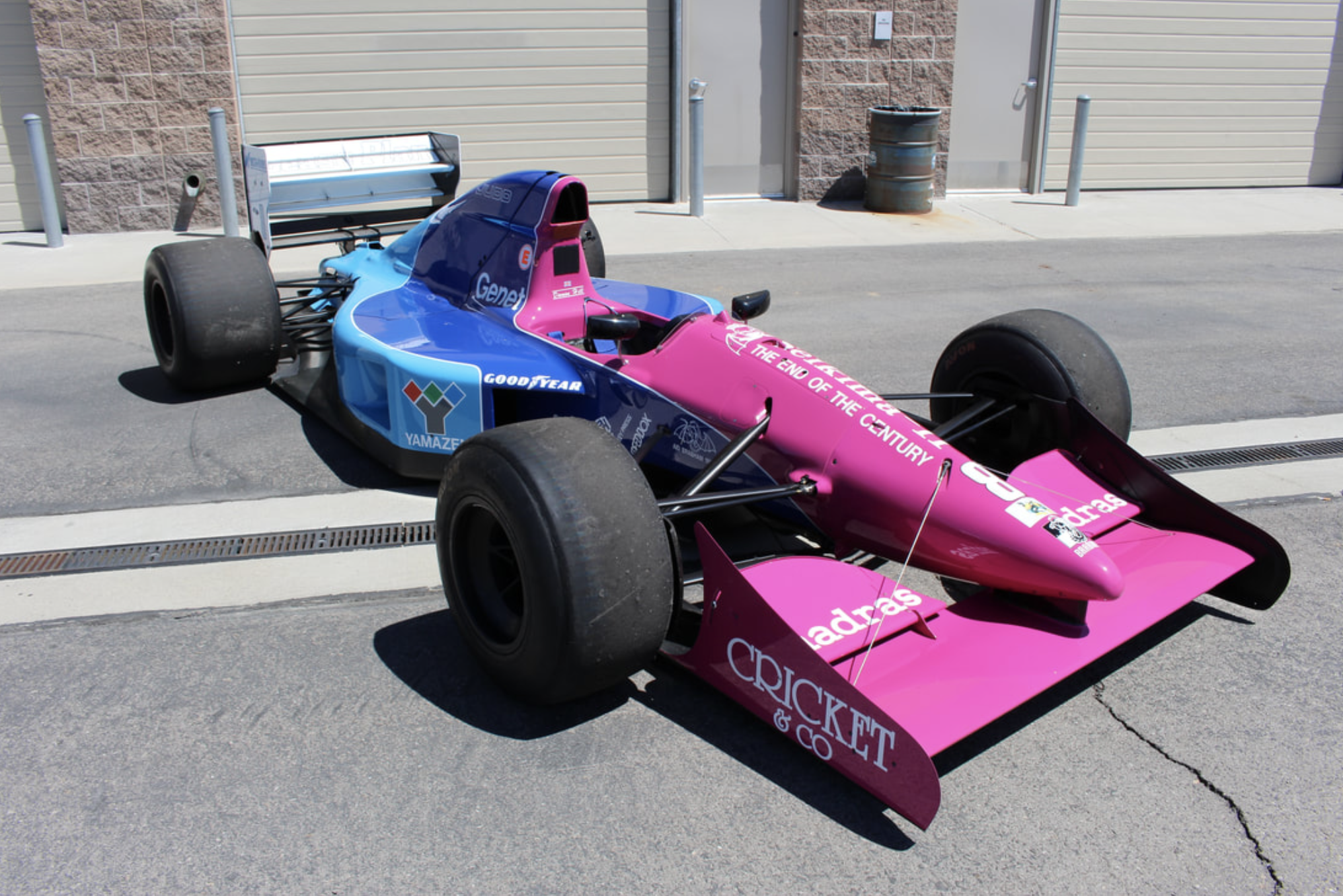 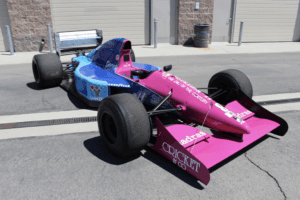 BT60B-04 was raced by Martin Brundle in 1991, with Yamaha V12 power. Brundle drove the car at Magny-Cours, Hockenheimring, Hungaroring, Spa, Monza, Estoril, Catalunya, Suzuka and Adelaide with a best finish of 5th at the Japanese Grand Prix.

For 1992, the Yamaha engine was replaced by the 3.5 liter Judd V10 engine. BT60B-04 began the season in the hands of  Giovanna Amati. To date Amati is the most recent female to drive in Formula One. However, being a woman driving for the works Brabham F1 team was not the only extraordinary moment in the Italian driver’s life. Fourteen years earlier she was kidnapped and held for ransom in a wooden cage for 75 days. Her wealthy father paid nearly $1,000,000.00 to obtain her release, raising money through receipts from the Star Wars movies playing at his chain of cinemas, and by selling his actress ex-wife’s jewelry. You can’t make this stuff up.

Although Amati had racing experience, and successes, in Formula Abarth and F3, Brabham’s offer to race in F1 came as a surprise. Amati was offered the drive provided she could raise the funds necessary to run the Brabham, and in relatively short order. Amati was able to raise the money, but unfortunately she and the car were unable to get up to speed. Despite their best efforts, they were unable to qualify for the first three races of the season, South Africa, Mexico, Brazil. Amati was let go. Enter Damon Hill

Hill made his F1 debut in BT60B-04.  Like Amati, Hill struggled to qualify the Brabham. However he did qualify and raced the car at the British and the Hungarian Grand Prix. Hill finished 16th at Silverstone, and 11th in Hungary, a race won by Ayrton Senna. At the conclusion of the Hungarian GP, the Brabham F1 team was out of money and shut its doors.

Thereafter the team cars and spares were sold to Middlebridge Group Limited. Wikipedia reports Middlebridge could not make the payments on the loan they secured to buy the team assets, so the assets went to the lender, Landhurst.  Thereafter Landhurst’s directors were found guilty of fraud and imprisoned. So the team assets were auctioned off by Landhurst’s receivers, one of which was actually the team’s old factory in Chessington.  The factory was then acquired by Yamaha Motor Sports, which supplied the earlier Yamaha F1 engines to the Brabham team in 1991.

The remains of the team ultimately wound up in the hands of a private collector.  The other Brabhams have now been sold off. Damon Hill’s BT60B-04 is the last one available.

The Brabham is powered by its correct 1992 spec 3.5 liter Judd V10 engine, and continues to be maintained in proper form by a former F1 team mechanic. The car is in excellent condition. The Brabham is currently located in the U.S., but we are happy to assist with shipping worldwide.