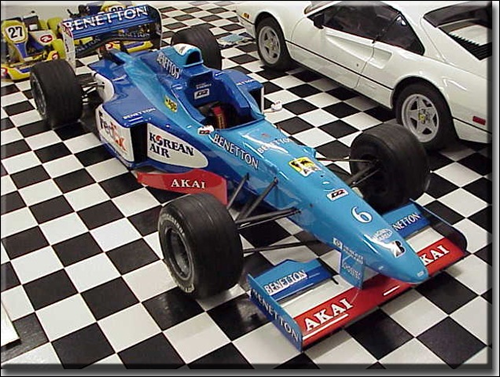 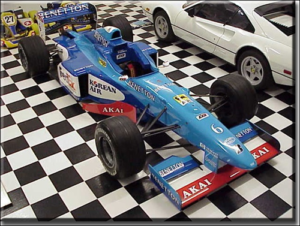 The B196 was a logical development of the World Championship winning B195 to accommodate the latest technical and safety regulations. It was, however, distinguished by a new 7-speed gearbox. While the team produced no wins in 1996, nearly without exception they qualified in the top 6, set fastest laps and went on to lead races, most notably Alesi for 21 laps at Monaco, 25 laps in Italy and Berger for 31 Laps in Germany, culminating in the B196 finishing 3rd in the constructors championship with 68 points, only 2 behind Ferrari and Alesi 4th in the Drivers Championship with 47 points. Chassis # 04 was used in Japan by Berger to good effect qualifying and finishing 4th and was on hand as a spare car at all other rounds.

B196 #04 was retired in 1997 and was sold by the team to a well-known collector and enthusiastic historic F1 driver, along with all equipment to run and maintain it in the foreseeable future. The car stayed in his collection for a few years and was not driven. The car was then purchased and sent to the U.S. where it was made ready by Tony Woodford AWR Racing, Vista,CA The car received a major overhaul of the engine and gearbox, and has less than 75 test miles on it since.

This is one of eight B196 Bennton F1 cars constructed in 1996. It has a carbon fiber/honeycomb composite tub with double wishbone, push-rod activated, torsion arm suspension. Brakes are carbon fiber.

The car is in excellent condition.