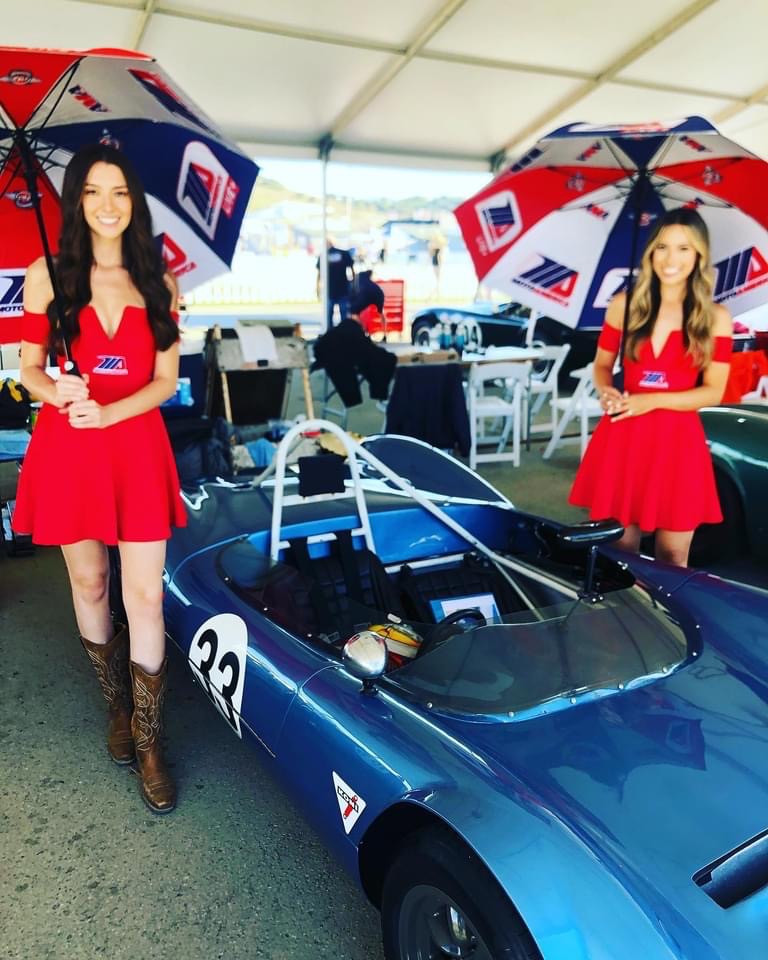 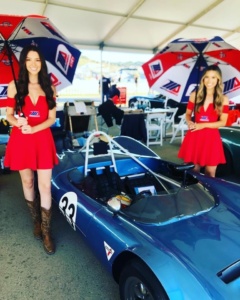 This is one of three sports racers built by race car constructor Nadeau “Nade” Bourgeault in Sausalito, California, in the mid-1960’s.

By the late 1950’s and early 1960’s Bourgeault had built an active business repairing and modifying customer race cars. He had also worked with Joe Huffaker in the construction of the Huffaker Special, and Huffaker Mk.1 Formula Junior. By the mid-1960’s he had begun building his own sports racer, but lack of funding had prevented him from completing it. Enter Nick Reynolds of the Kingston Trio band.

The Bourgeault offered here was completed in 1965. TamsOldRacerCarSite provides an informative discussion about the Bourgeault sports racers and this car in particular, the Alan Lader car.

A prior owner from the early 1990’s, Terry Gough from Reno, Nevada, set out to compile the history for remaining Lader Bourgeault. Gough uncovered period documents advertising the Bourgeault sports racers, newspaper articles, photos, correspondence, and tributes to Nade by those who knew him well. These documents can be provided upon request.

The documents show that the car was available with engines up to 3 liters in size. These were to include but not be limited to the 1.5 liter FPF Coventry Climax engine, and Cosworth engines including the 1000 cc and 1100 cc Formula Junior engines of the period. The 1600 cc Alfa Veloce engines were also to be used

The Lader car was originally built with a 1100 cc Formula Junior Cosworth SCA engine, while another Bourgeault had a 1.5 liter BRM F1 engine installed. Interestingly, Lader at one point owned both the Cosworth powered car and the BRM powered car at the same time.

Unfortunately after Lader sold the BRM powered car to Texan, Elliot Mendenhall, Mendenhall crashed the Bourgeault, writing it off. The other Bourgeault, the one not owned by Lader, perished in the 1991 Oakland Hills Fire. Only the original Cosworth powered Lader Bourgeault remains.

In 1966, Alan Lader purchased his Bourgeault from Nade. He said it was used at the time of purchase, not new.  The car still had its 1100 cc engine. Lader took the car back to his home in Oregon and removed the engine and replaced it with a 1 liter Cosworth SCA Formula 2 engine with aluminum head and dual Weber carburetors. He also installed a six speed Hewland gearbox.

At some point the SCA was enlarged to 1300 cc. Lader used this engine in the Bourgeault, along with the six speed Hewland, to win the 1966 Sports Car Club of America G-Modified National Championship held at Riverside International Raceway.

In 1969, Lader sold the car to a friend, Joe Gray. Gray raced the car in SCCA races in the Arkansas Region. Joe also raced the Bourgeault in the 1971, 1972, and 1974 SCCA National Championship Runoffs, but with unremarkable results.

In 1984 Joe sold the Bourgeault back to Lader. Lader took the engine and gearbox out of the Bourgeault to use in Lader’s Brabham BT21. Lader then sold the  Bourgeault “roller” to John Kuenzli in Reno, Nevada.

Unfortunately, Kuenzli died in an auto accident. Terry Gough, also from Reno, Nevada, purchased the Bourgeault from Kuenzli’s estate. Gough restored the Bourgeault, and it returned to the track in 2011.

Since 2012 the Bourgeault has had two owners who have raced the car in historic races. The most recent owner had the car restored again, and a new Geoff Richardson twin cam engine installed. Both the engine and gearbox have approximately two hours on them.

The Bourgeault’s most recent race was the 2021 Velocity Invitational at Laguna Seca. The 1.6 liter Bourgeault was pitted against much more powerful competition. The car finished 4th overall, behind a 1972 Gulf Mirage M6, Gunnar Jeanette driving a 1969 Porsche 908, and a 1964 Genie Mk.10 powered by a Chevy V8. Behind the Bourgeault were two more Porsche 908’s, a Chevron B16, a Chevron B21, plus several Lotus 23’s, Elva Mk.8’s etc.

The chassis is tubular space frame with all bays fully triangulated except the cockpit. Koni aluminum double adjustable shocks all around. The bodywork is fiberglass. There are only 2 hours on a brand new Geoff Richardson twin cam engine. Receipts available. The Hewland 5 speed Mk.5/9 gearbox with a Quaife LSD is also fresh.  Full chassis analysis by GSD Racedyn in the U.K., and  setup by pro race engineer, Dave Freitas.

The Bourgeault is a rare, beautiful, highly prepared and incredibly fast under 2 liter sports racer. It has winning period history, including the 1966 SCCA National Championship. Today it still dominates the 2 liter field at the highest levels, even beating Le Mans endurance prototypes with nearly twice the displacement or more.

If you want a rare, yet affordable to buy and maintain, under 2 liter sports racer that can win every time it turns onto a track, we think this Bourgeault is an excellent choice.