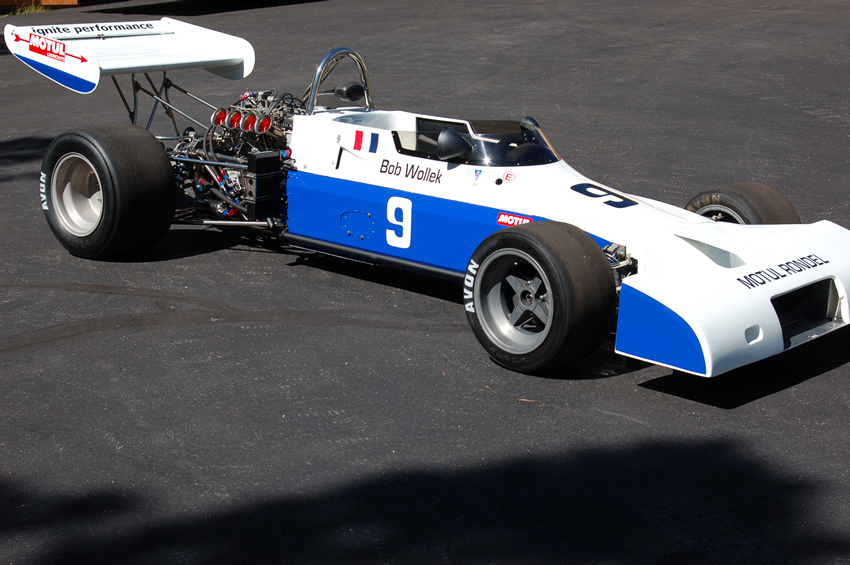 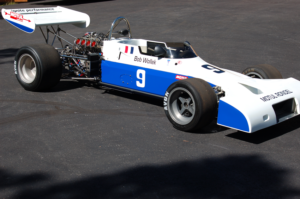 Rondel Racing, Ltd. was started in 1971 by Ron Dennis and Neil Trundle. The combination of their names created the “Ron-del” team name. Dennis and Trundle had been Jack Brabham’s F1 mechanics until Brabham retired in 1970. In 1971, they decided to start their own F2 team with Brabham cars.

The BT38’s cars were highly competitive, right through the end of the season at Hockenheim, where Schenken won from Mike Hailwood, Ronnie Peterson, Wilson Fittipaldi, and Graham Hill. Pescarolo, driving chassis number 12, finished 7th, ahead of James Hunt. Four of the top seven cars were BT-38’s.

In 1974, John Amm, also of South Africa, became the driver of the BT-38. He continued to compete with the car in the South African F1 Championship, but achieved no significant results.

The next reported sighting of the car was nearly 20 years ago, when it was found in poor condition, still in South Africa. See the photos below. Restoration on the car was started, but before it was completed, the car was shipped to the United States. It was in the U.S. that restoration was completed, and it is where the car currently resides.

Historic Formula 2 and Formula Atlantic racing series have recently been expanding worldwide, giving these cars more and more places to run, and often being featured events. Here are links to some of these series: Hockenheim Historic, Historic Sports Car Club of Britain, Formula Historic Series.

This particular car is also in the rare position of having raced in period, non-championship, F1 races, potentially opening doors for the car to run in historic F1 events as well.

This is a beautiful, period correct, Team Rondel Formula 2 car with winning period history. It will be a great entry for historic F2 grids worldwide.