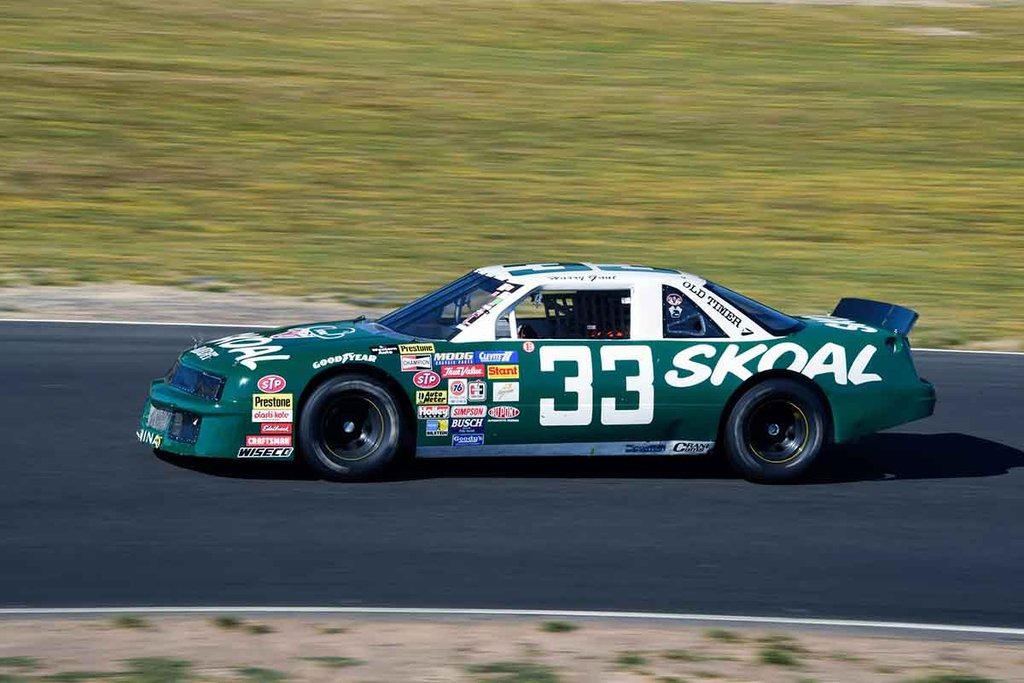 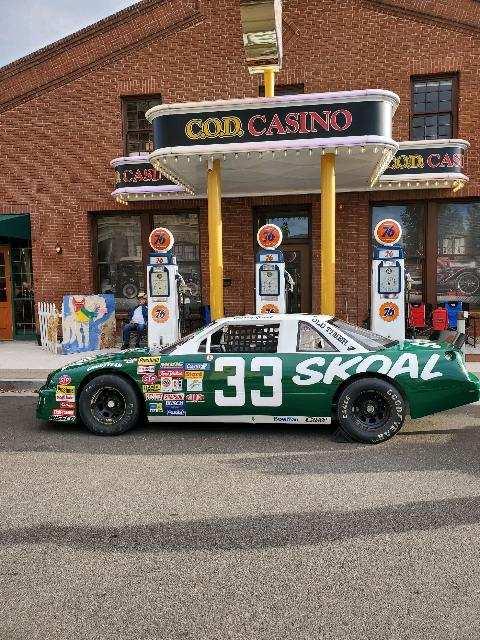 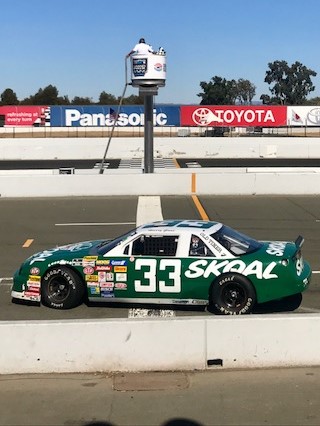 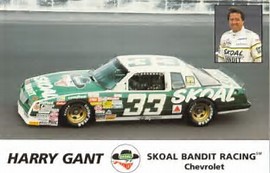 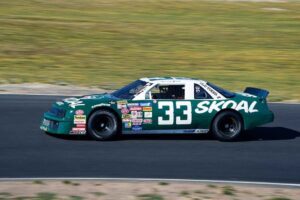 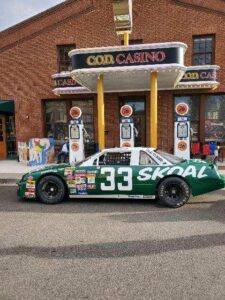 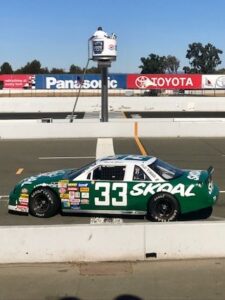 Prior to becoming the Skoal Bandit Lumina, this car was the Crown Petroleum Oldsmobile driven by Phil Parsons. It had a black and white paint scheme and gained the nickname “Orca.” For the 1993 season the car was rebodied as a Lumina to become the green and white Skoal Bandit, #33, and then raced by Harry Gant. Gant reportedly one three races in this car.

After its Winston Cup career, the car became Bobby Gerhart’s ARCA car. They would combine for multiple top 10 finishes between 1993 and 1996.

Since that time the car has been restored back to its Skoal Bandit livery and raced in vintage races. Initially the car raced in Southern California. There, at California Speedway in Fontana, the car suffered minor cosmetic damage in an accident. The car was then sold to its current owner.

The current owner had the damage repaired and went through the rest of the car at the same time. Since then the Skoal Bandit has only competed in two vintage races, including most recently in 2022. There the car qualified on the pole.

The Skoal Bandit is powered by a Lee Schwartz NASCAR 358 cubic inch Chevy V8. It puts out 750+ horsepower at 7500 rpm.The engine has two races on it. The power is handled by a Jerico four speed transmission. New brake calipers and rotors were also installed. The car weighs 3,400 pounds and is equipped with power steering. The chassis is set up for road racing, in particular currently Sonoma Raceway and Portland International.

As mentioned above the car is fast. It sat on the pole for its last race in 2022.