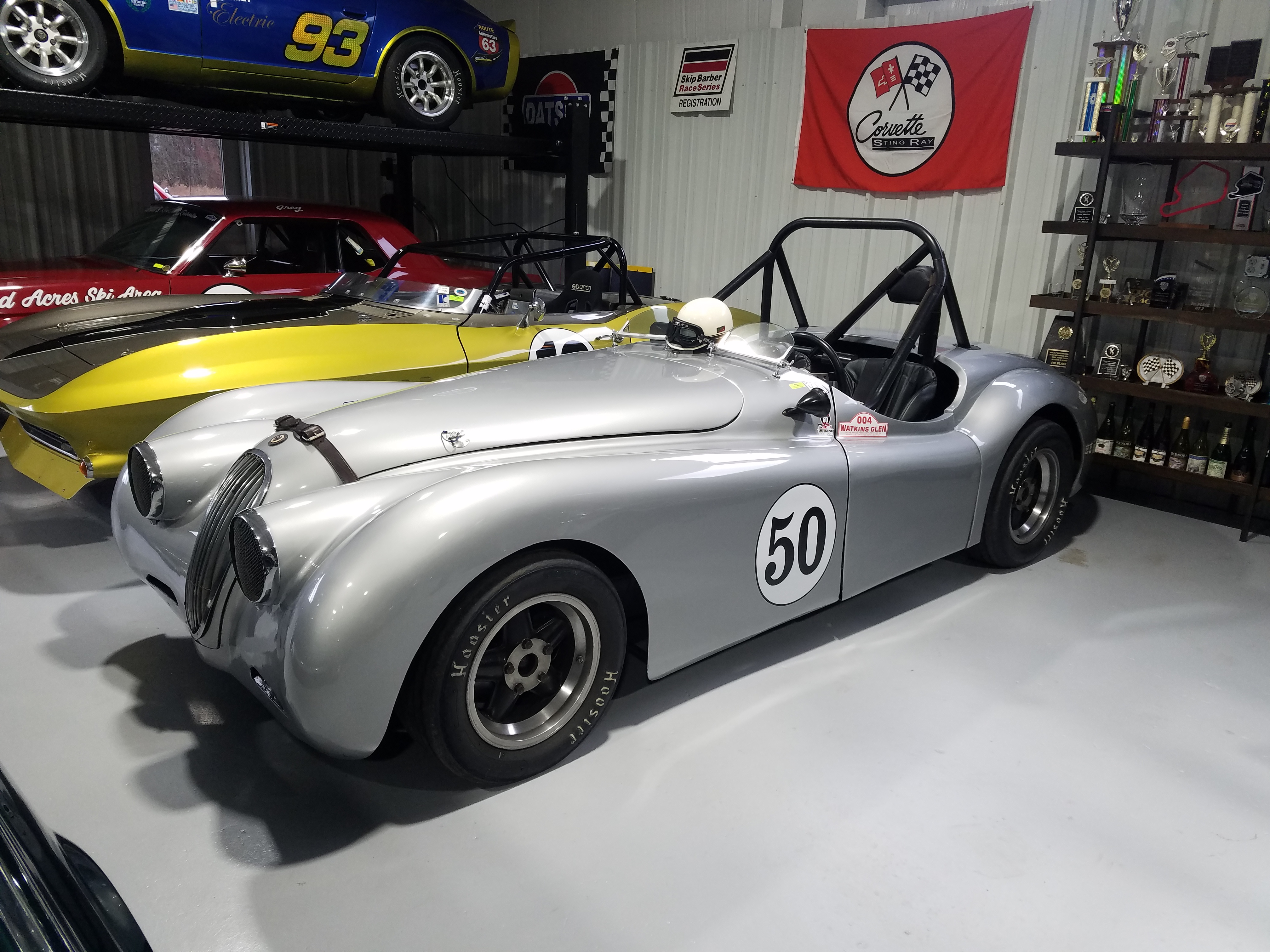 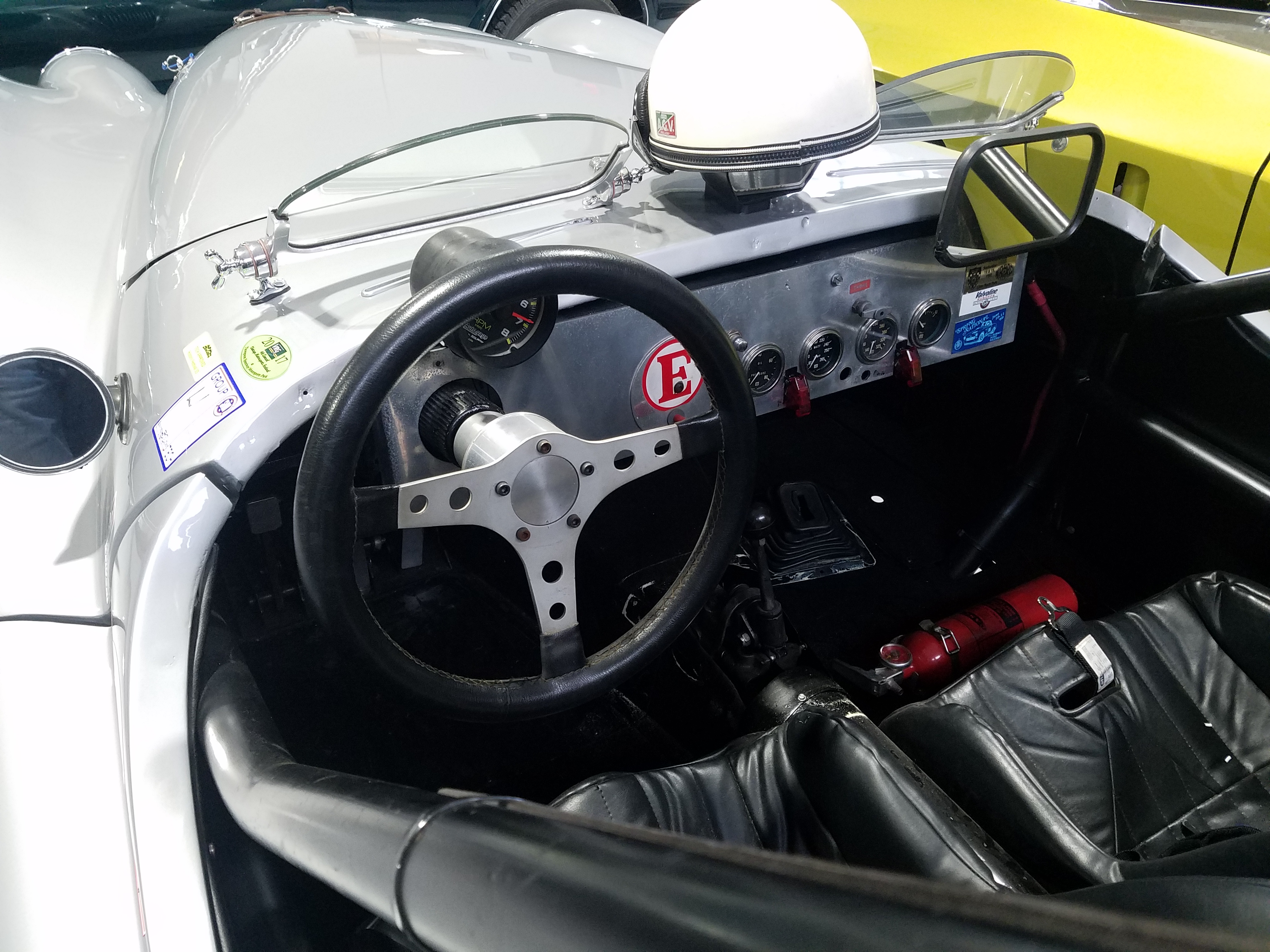 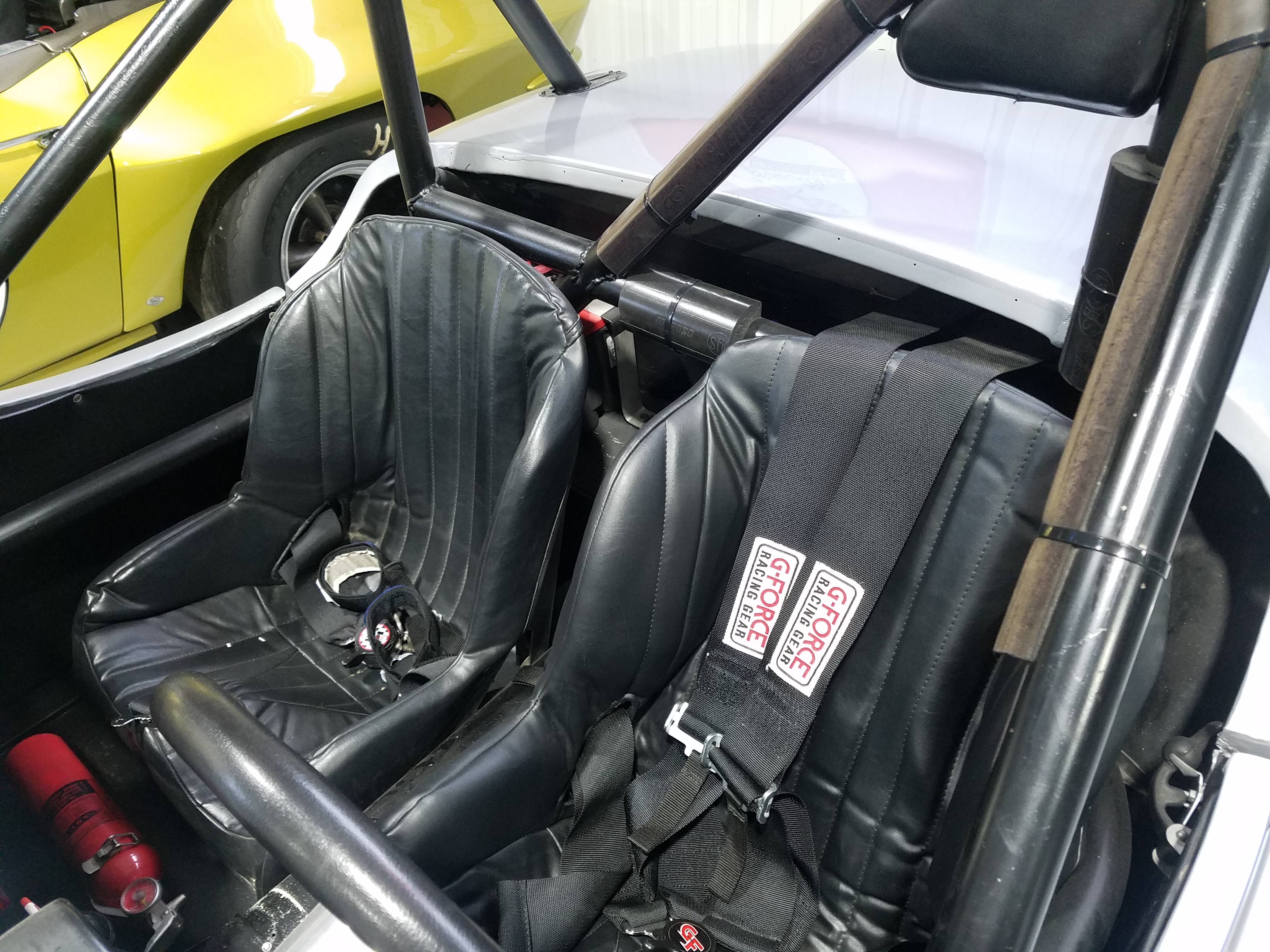 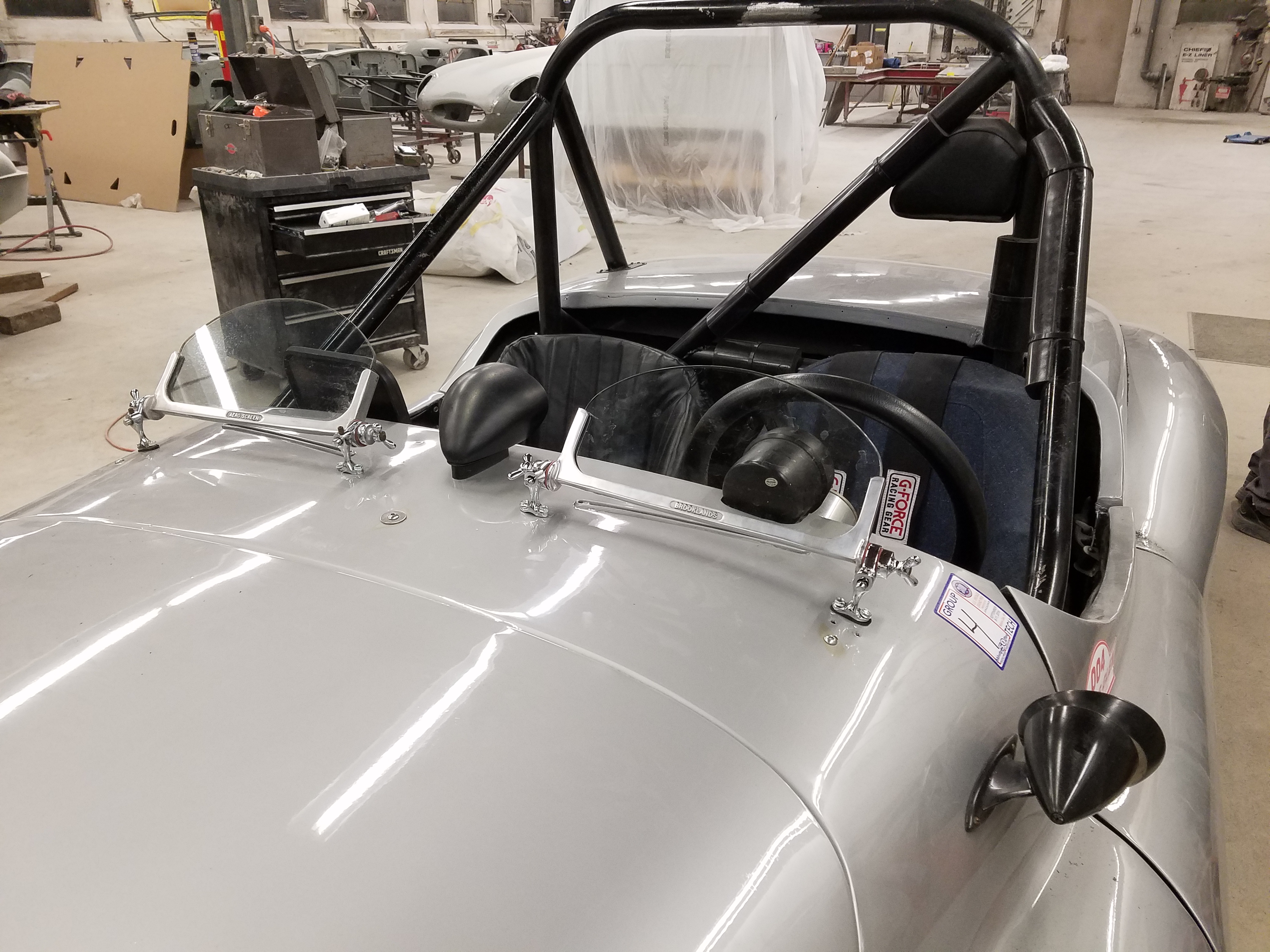 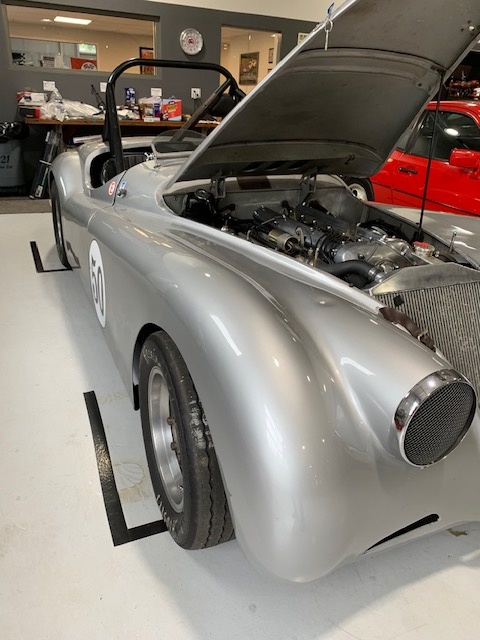 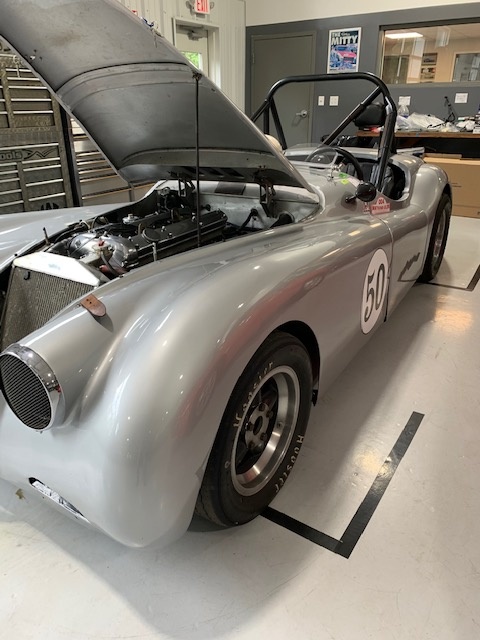 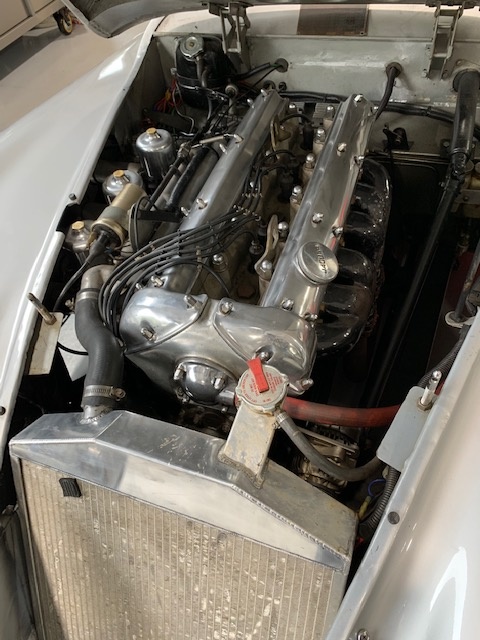 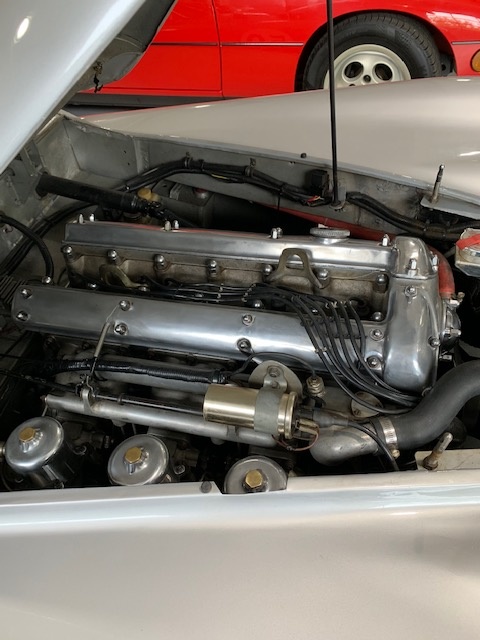 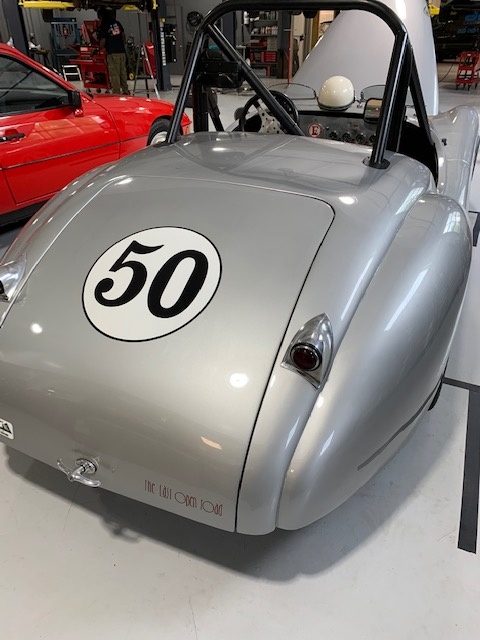 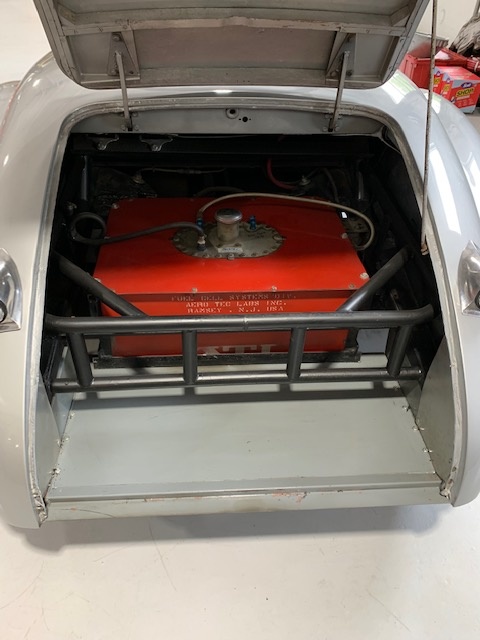 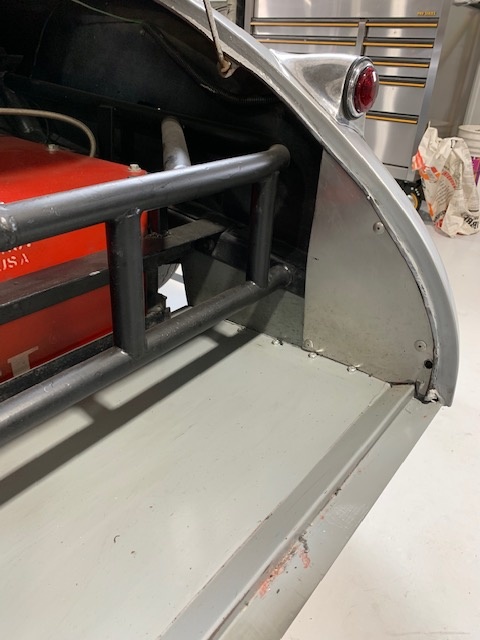 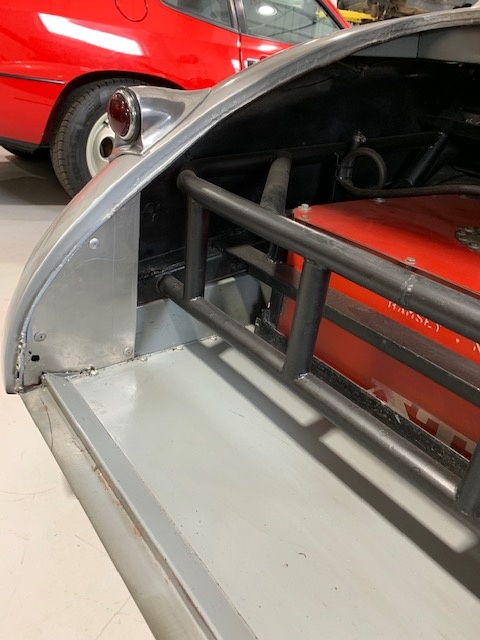 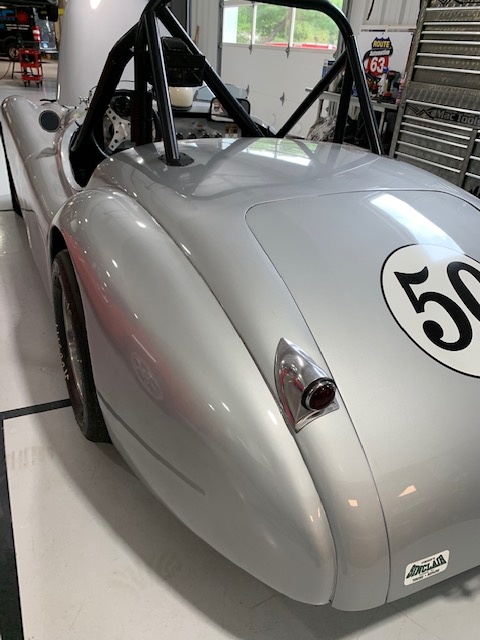 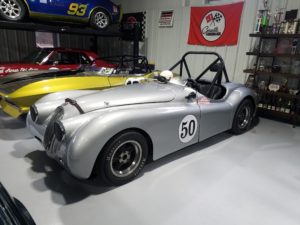 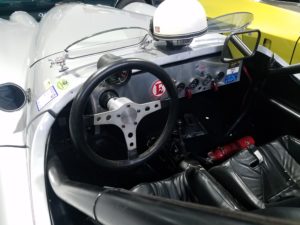 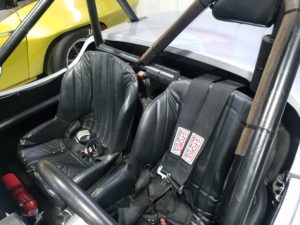 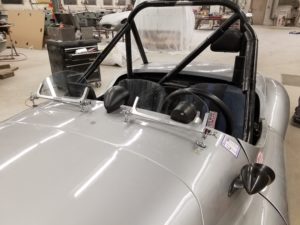 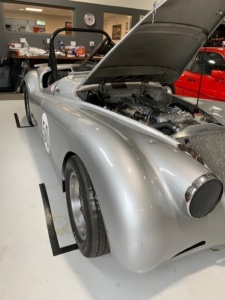 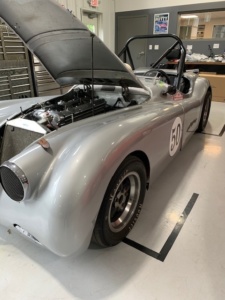 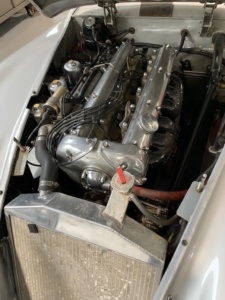 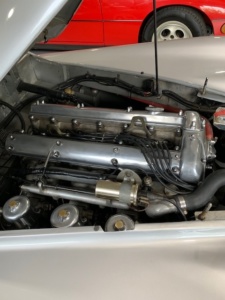 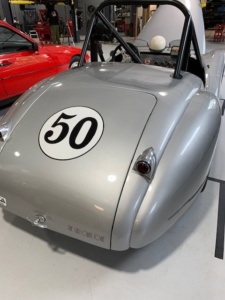 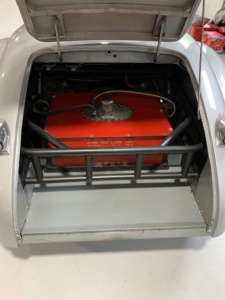 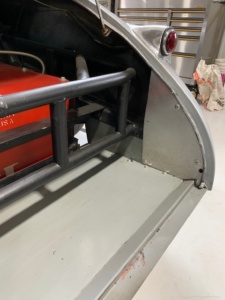 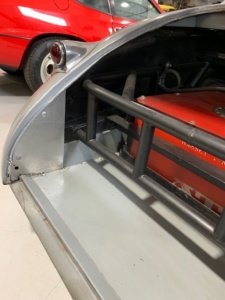 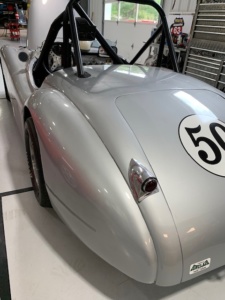 The Jaguar has been racing in the U.S. Northeast since at least the late 1970’s. The car comes with SCCA log books dating back through the late 1970’s and into the 1980’s with Tony Barbetto driving. Jaguar magazine did an article on the car and documented it as the last XK to race in SCCA National Competition. The car currently has an SVRA annual tech and log book.

The XK 120 was most recently run at Lime Rock in a test session at the end of August, 2019. The clutch began acting up, so a new, solid, six puck disc, was installed and now works perfectly.

The Jaguar is powered by an early 3.8 engine with triple SU carburetors. The engine is mated to a new Jaguar overdrive gearbox. The XK 120 has Jaguar MK.9 disc brakes all around, which was a period correct update. The car also has a very stout competition roll cage, as opposed to a simple roll bar. This provides not only superior rollover protection, but also side intrusion protection. It also helps stiffen the chassis, increasing its performance capabilities.

The Jaguar has an aluminum radiator. New foam has been put into the fuel cell. The car has new driveshaft and universal joints. The engine is equipped with a high torque mini starter and racing alternator. A Tilton pedal assembly has also been installed to facilitate better heel & toe driving.

This XK 120 is really quick. It has two 2nd places, and one 3rd place, finish at the Lime Rock Vintage Fall Festival. It also achieved a 2nd and a 3rd at Watkins Glen. These results were accomplished in just the five races it was run in. The XK 120 has also run laps in the one minute, five second, range at Lime Rock, which is really quick for a car in this class.

The Jaguar does come with some spares, including approximately 12 wheels.

This is an historic Jaguar XK 120, being the last XK 120 Jaguar to race in U.S. SCCA competition. This is the car that bookends the great road racing history of the famed Jaguar XK 120’s. Today it is also supremely quick, and capable of winning any race it enters.

So if you are looking for an historic XK racer, and one that can still win today, we think this car merits your time. The owner is also motivated to sell. So this is a very good time to get a really great deal on an historic Jaguar racing car.