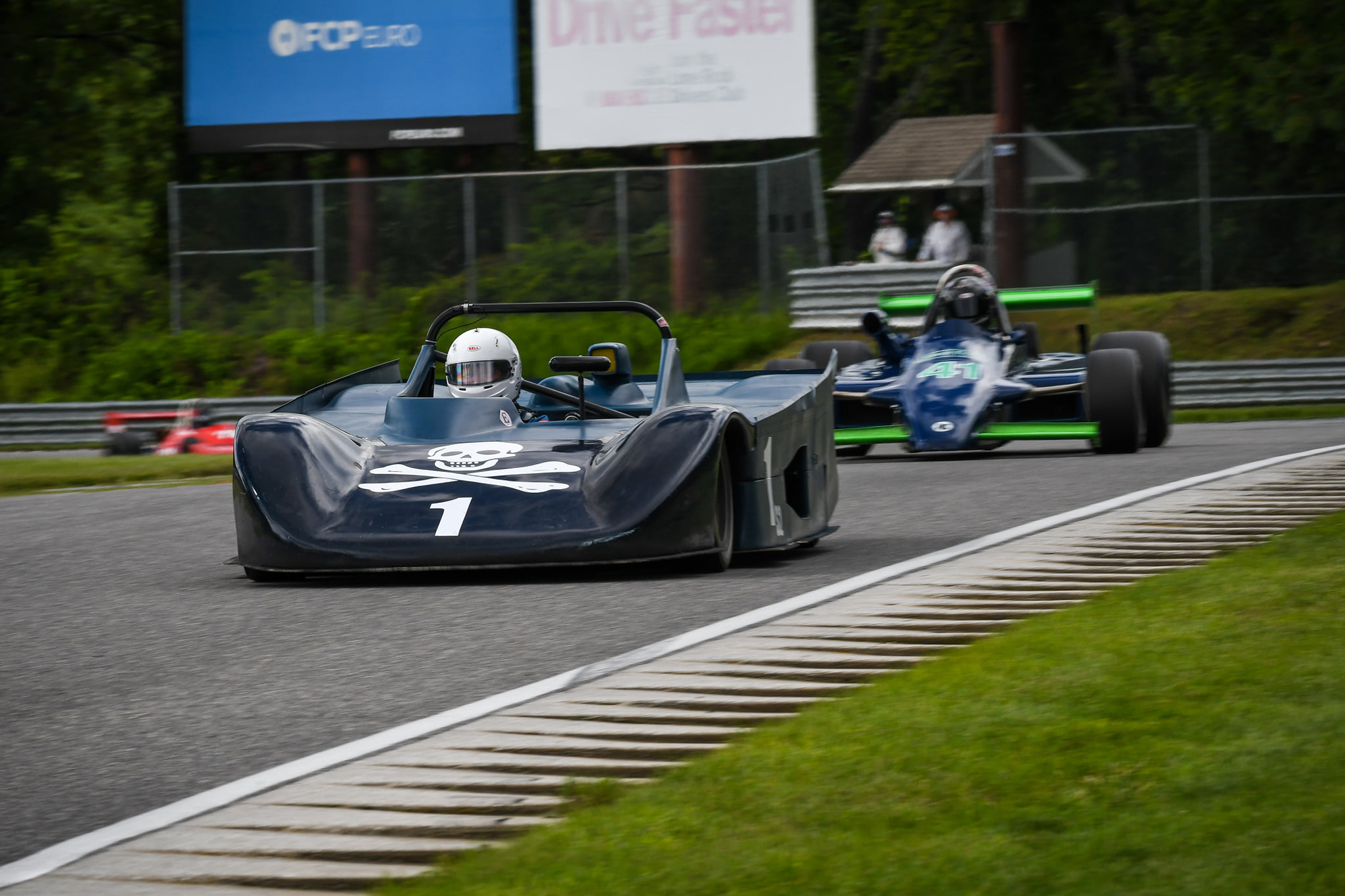 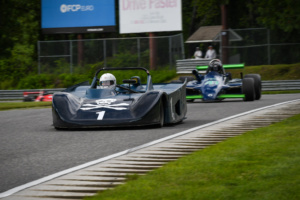 The Lola T594/SR71B S2000 offered here was owned and campaigned from new by noted designer/engineer and multi-time national champion Steve Johnson of the USA. It set lap records at all tracks in the NE USA while it was campaigned and still holds the absolute S2000 lap record at Lime Rock to this day. The car was then sold to a second owner in the late ’80s and was substantially abused and then abandoned until re-purchased in 2020. The Lola has undergone a thorough and complete mechanical restoration and was most recently run in Sept. 2021 at Lime Rock where, even though the car was on the lap record out of the box, unfortunately, a 37-year-old oil tank cracked and caused an early end to the weekend. Subsequently, a new tank is currently being fabricated.

The car has all current date-coded safety equipment including a new fuel cell. Up for negotiation with the car is an extensive spares package including 30+ gear sets, 3 sets of wheels, and additional spares including full upright assemblies, wishbones, engine bay frames, new radiators, new endurance cell, etc. a ton of stuff too much to list.

The bodywork was updated to a 598 when it became available but now is decidedly average. The tail is heavy, the center section is cracked and soft, the side pods are ok but nothing special. The primary nose is good, the spare is so heavy it takes two people to lift it. For an overseas buyer, it is recommended to purchase a new Kevlar body in the U.S. which the seller will procure at the lowest possible cost for the buyer in the color of his choice and will fit at no charge prior to shipping.

Homologation paper and logbooks from day one are available and go with the car. It is important to understand, this car was campaigned at the highest level against the toughest completion of the day in the U.S. and reigned supreme. Its sister cars, all built by Johnson, have won the National Championships at Road Atlanta with Chris Simmons, sat the pole and dominated with Mike Gnazzo at Road Atlanta, and later sat on the pole with Johnson at the National Championships at Road Atlanta against all comers. Later iterations built and developed by Johnson dominate vintage S2000 to this day. With that being said, this specific example has “race patina” and is not a Concours fresh restoration or highly polished showroom example. It is a fast car that has been in harm’s way most of its life and has the wear and tear one would expect from that extensive high-level competition. While a full mechanical refit was completed last year the body maintains its “battle-scars” of the day.

The car offered complete and ready to race with the spares package to be negotiated. The car is located in the Northeast US and can be delivered to most Northeast USA ports for export if necessary.