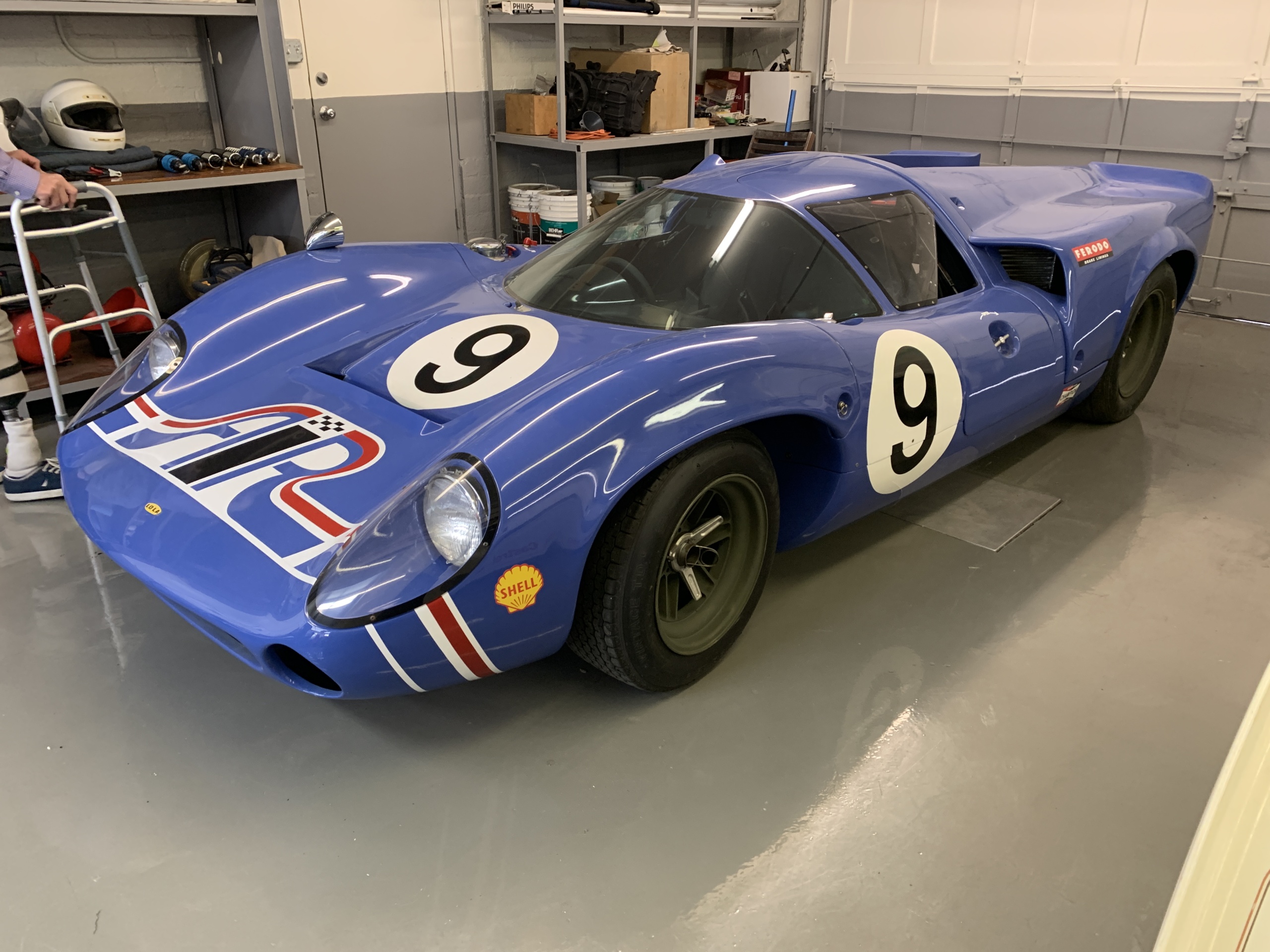 The car’s first race was the 1968 Sebring 12 Hours. The car lead for the first three hours, ahead of the Porsche 907’s and Gulf GT40’s. However a piston failure at 109 laps ended their quest for victory.

Garner entered his two car Lola T70 team for the 1968 Le Mans 24 Hours, to be held in June, 1968. However, the race was moved from its usual June date due social unrest in France, and was rescheduled for September. The change created a scheduling conflict for the team and they withdrew their Lola entries.

The next race for chassis #131 would be the 1969, 24 Hours of Daytona. Again Scooter Patrick and Davey Jones piloted the car. The Lola completed the 24 Hours, finishing 7th.

The Lola’s final race for American International Racing was the 1969  Sebring 12 Hours. The engine overheated and the car did not finish.

The team repaired SL73/131 and sold it to Ernest Kensler. Kensler made the Lola street legal, and registered it for street use. Kensler then sold the Lola to Brad Levett. When Levett passed away the car was inherited by Tim and OG Levett.

The Lola was then sold to Jerry Weichers, who restored the AIR Lola. From Weichers the car went to Tim Coburn. The car next went to a California owner and was disassembled.

The above information was obtained primarily from John Starkey’s book, Lola T70, as well as some additional sources.

Thereafter the Lola was the subject of a loan, then a bankruptcy, and then ultimately a lawsuit to determine ownership of the car. Ownership was awarded by the California Superior Court to the car’s current owner. The car was restored by assembling a new chassis and using the bodywork obtained from the bankruptcy. The Lola has since been titled in California. All documentation comes with the car.

The Lola is powered by at 540 h.p. Chevy small block with 410 ft.lbs. of torque. Fuel is supplied by 48 IDA Weber carburetors flowing through Dart heads. Internals include a Bryant crank, Crower rods, and JE pistons. The power is driven through an LG 500 gearbox.

We can help you with shipping the Lola worldwide. Just let us know your local port and we can get you a quote.