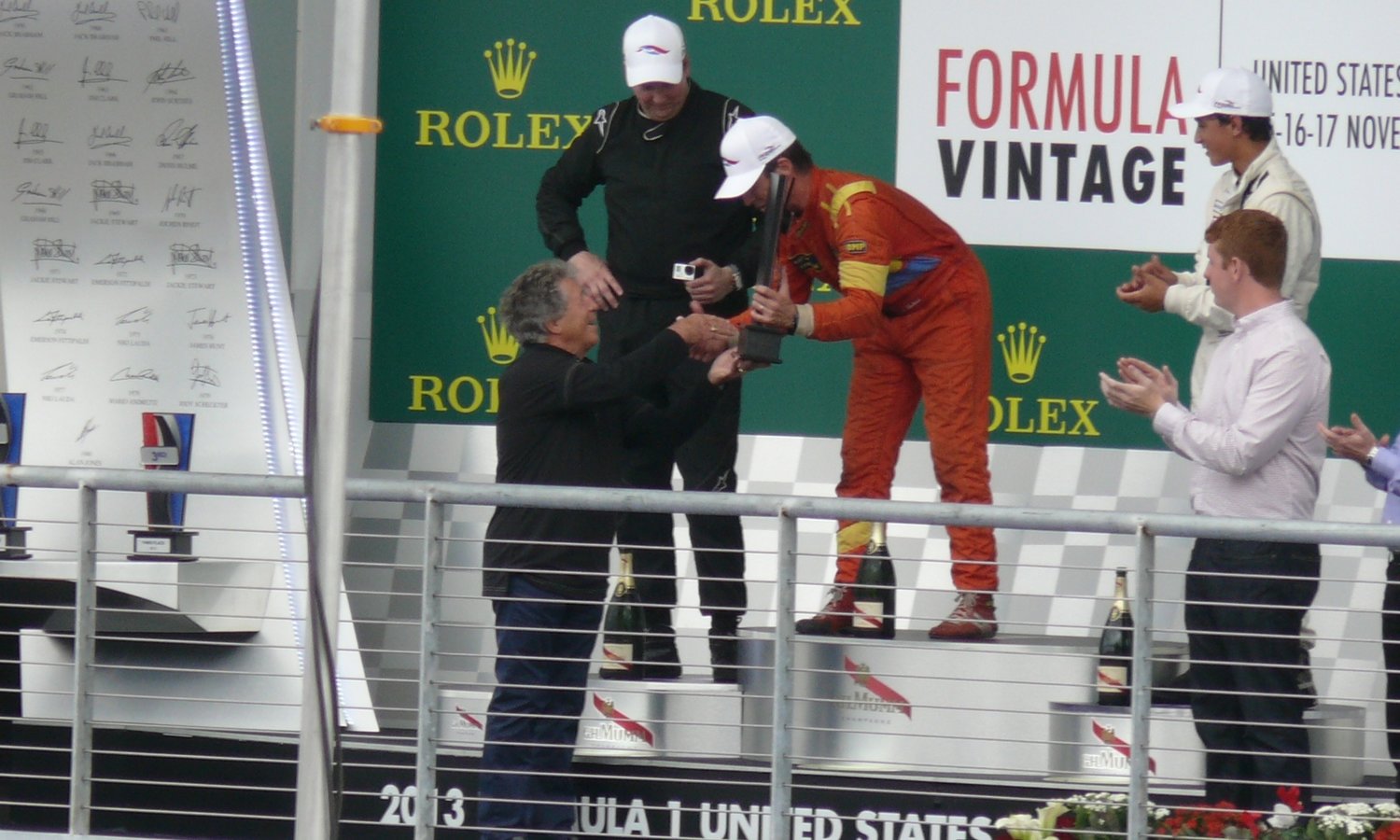 The Circuit of the Americas raceway in Austin, Texas is the first raceway in the United States built specifically to host Formula One, and has been the sole site of the U.S. Grand Prix since 2012. In 2013, the inaugural Formula Vintage race was held in conjunction with the U.S. Grand Prix for the first time, in front of 110,000 fans. Art placed first in the inaugural Formula Vintage race, driving a 1977 Chevron B39 Formula Atlantic. World champion Sebastian Vettle of Redbull Racing placed first in the Formula One race later that afternoon. The first-place winners received their trophies from racing legend Mario Andretti.