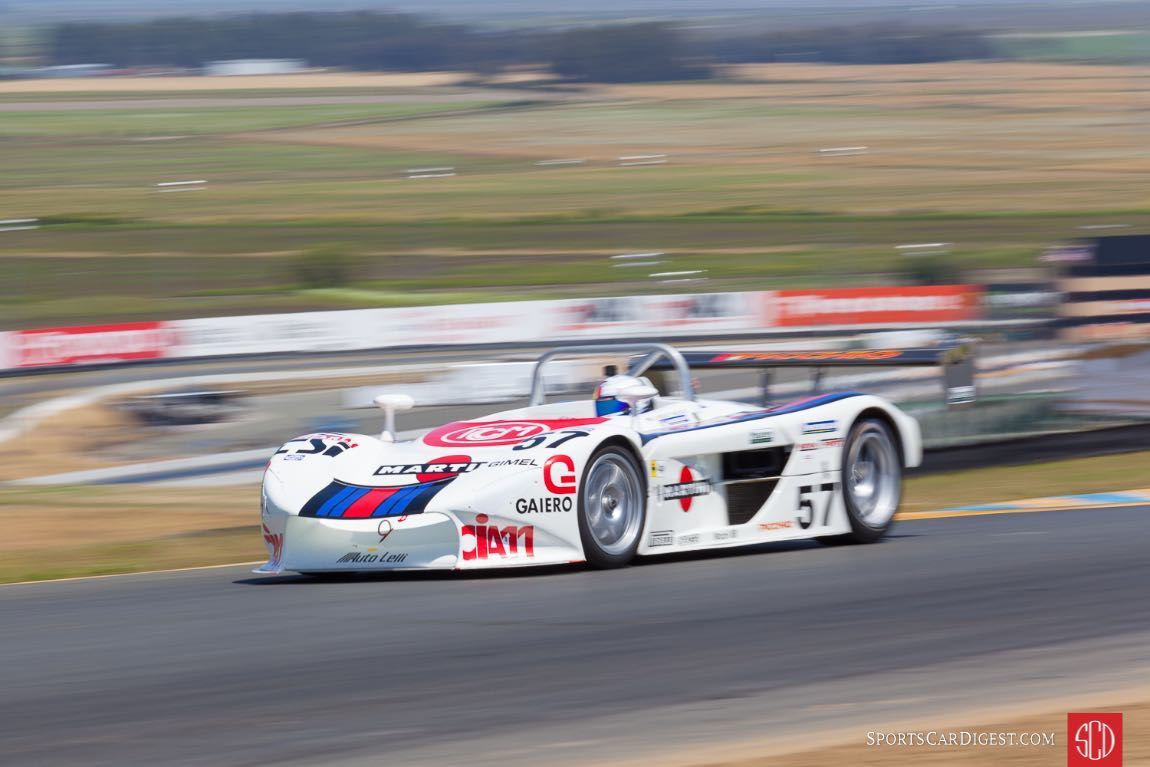 Representing Motorsports Market, Art attended the 2019 Sonoma Speed Festival this June, sharing a 1999 Martini Picchio SR2 with fellow driver Andrew Wait. A 3.0 liter sports racer, the Picchio previously raced in the FIA sanctioned Sports Racing World Cup Championship in Europe in 1999 and 2000 at tracks such as Spa, The Nurburgring, Monza, Imola, and Donnington. Supported by Competition Touring Cars (“CTC”) out of Sonoma – headed by Brian Garzelli and with help from Ron, Taylor, and Andrew – the team qualified in 3rd, an impressive spot behind and ahead of much more powerful cars. However, in an unfortunate turn of events the left front axle broke at the end of qualifying, and they were not able to compete.